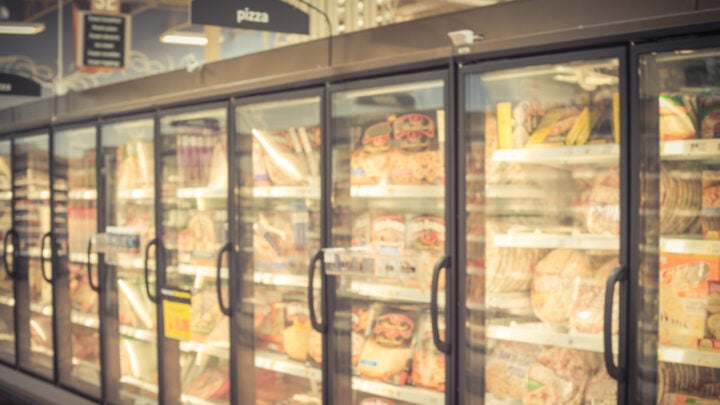 Two urgent recalls have been issued for a potentially “hazardous” Kmart chair and a pizza with an undeclared allergen present.

A recall notice for the pizza was issued by the Australian government’s food standards authority on Tuesday, due to the presence of fish in Byron Bay Pizza Co. BBQ Birdie frozen pizzas (500g). The recall only applies to pizzas with a best-before date up to and including July 2, 2021.

Food Standards Australia and New Zealand said the product has been available for sale at independent food retailers including IGA in New South Wales and Queensland.

???? #allergyalert NSW & QLD only???? Byron Bay Pizza Co is recalling their BBQ Birdie frozen pizza (500g) due to undeclared allergen (fish). All Best Before dates up to and including 02/07/2021 affected

On Monday, Kmart Australia re-issued a national recall on a popular brand of chair. The recall was first made in 2016, however the retail giant has now re-circulated the same notice on its Facebook page to customers who may still have the chairs in their homes.

According to 7News in 2016, at least eight people had sliced their toes while using the chairs, which at the time were also being sold at Fantastic Furniture and Brayco.

One person commented that the chairs had been involved in a serious incident as recently as a few weeks ago. “My 9yr old lost his middle toe on this chair a few weeks ago. Kmart customer service team were great and refunded our chairs and took them to investigate. So glad another recall notice has come out,” the woman commented.

While the recall has been active since 2016, many people commented on the post saying they were unaware there was an issue. “Would be great if I knew about this when I still had the chairs – the amount of times I hurt myself or the kids did was ridiculous,” one user wrote. “But, seriously, sale between 2014 and 2016, how come ur (sic) only just announcing it five years later?”

At Kmart, we take the quality and safety of our products very seriously, which is why we are re-issuing a previous…

“At Kmart, we take the quality and safety of our products very seriously, which is why we are re-issuing a previous recall, released in April 2016, of the Metal Chair (red, black and white),” it said.

Kmart offers customers a “free plug insert kit”, which reduces the risk of injury, however it encourages all customers to stop using the chairs immediately and return them to any Kmart store for a full refund.

“The tapering of the inside bottom of the chair legs may lead to an entrapment or laceration hazard,” it said. “Kmart can supply a free plug insert kit to customers and these plugs will need to be inserted into the legs of the chairs. Once the plugs have been inserted, customers can continue using the chairs. The plugs will be available by contacting our Kmart Customer Service team.

Did you buy either of these items or know someone who has?