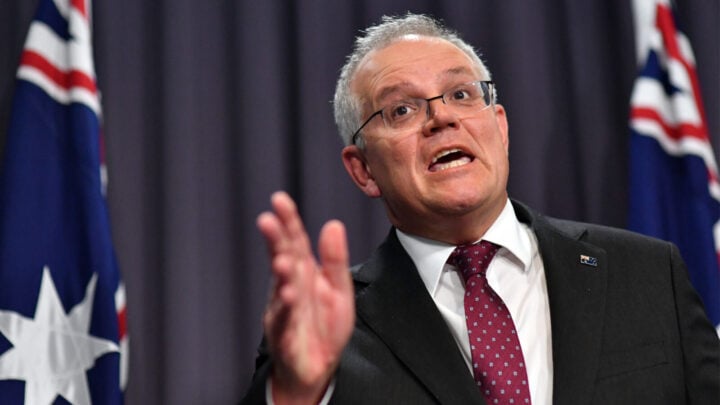 Morrison has remained defiant stating he "will continue to serve as the Member for Cook for the people of Cook with the best of my ability, which I continue to do today".  Source: Getty Images.

Former Prime Minister Scott Morrison has clashed with reporters while justifying his decision to secretly give himself powers in a number of ministries during his term in office.

In his first press conference since reports emerged that Morrison appointed himself the Health, Treasury, Home Affairs, Resources, and Finance portfolios, the Member for Cook claimed his actions were “necessary” and provided him the opportunity to “act in the national interests”.

While calling for his resignation, Andrews claimed Morrison’s actions were “unacceptable”.

“I had absolutely no knowledge and was not told by the [prime minister, the prime minister’s office] nor the department secretary,” Andrews said in a statement.

“This undermines the integrity of government.

“I think that Scott Morrison needs to resign, and he needs to leave parliament.

“This is just unacceptable, and if this is the way that he is prepared to conduct himself without an adequate explanation — even though it is now going to be well past the time when such an explanation should have been made — then it is time for him to leave the parliament and look elsewhere for employment.”

“Every Liberal should be ashamed that it takes a Labor Prime Minister of the socialist left to warn them against letting a prime minister centralise power in himself.”

While Senator Jacqui Lambie told ABC Radio that “it’s time for him to go”.

“It’s time for Scott Morrison to resign,” she said.

Despite the growing chorus of politicians and commentators pushing for him to step away from politics, Morrison has remained defiant stating he “will continue to serve as the Member for Cook for the people of Cook with the best of my ability, which I continue to do today”.

Morrison hit back when pressed on whether he would consider resigning, stating “of course not” before thanking the people of Cook for remaining in his corner.

“I particularly thank them for the strong support they’ve given me in recent days and I’ll make a decision at the appropriate time as to whether I’ll contest the next election.”

Prime Minister Anthony Albanese has announced the government will be investigating the allegations, slamming Morrison’s “contempt for democratic processes”.