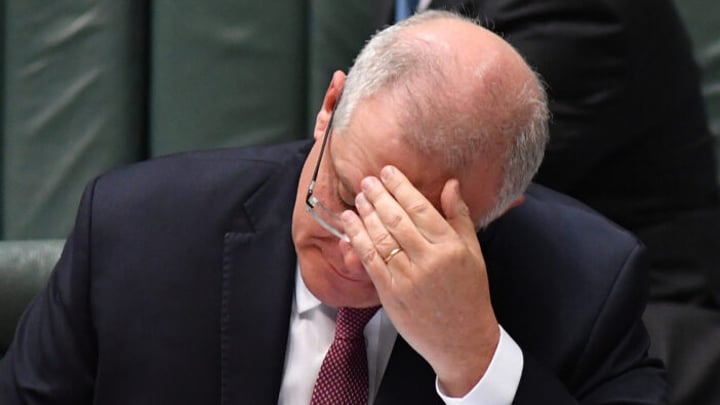 Conservative commentator Andrew Bolt has joined the likes of former Home Affairs Minister Karen Andrews in calling for Scott Morrison’s resignation from politics after reports emerged that he secretly gave himself powers in a number of ministries during his term in office.

Prime Minister Anthony Albanese has announced the government will be investigating the allegations, slamming Morrison’s “contempt for democratic processes”.

“Australians knew during the election campaign that I was running a shadow ministry,” Albanese said.

“It is unbecoming, it was cynical and it was just weird that this has occurred. Australians will be scratching their heads today knowing that the Government that they thought was there wasn’t actually the Australian Government at all.

“The Australian people deserve better than this contempt for democratic processes and for our Westminster system of government, which is what we have seen trashed by the Morrison government.”

Our democracy is precious. Our system relies on checks and balances, and the former government deliberately undermined those checks and balances. The Australian people deserve accountability and transparency, not secrecy. pic.twitter.com/fG8Y3Jcp3v

Morrison defended his actions while Speaking to 2GB’s Ben Fordham, claiming the appointments were a “safeguard” for dealing with “unprecedented” times.

“It was a safeguard in terms of how we were making decisions, you know, at a fairly extraordinary time,” he said.

“I think sometimes we forget what was happening two years ago and the situation we were dealing with, it was a very unprecedented time.

“We were dealing with unprecedented times and we had to take unconventional … extraordinary measures.”

Morrison also took to Facebook to further defend his actions.

Despite Morrison’s justification for secretly giving himself powers in portfolios such as health, finance, and resources as well as taking on roles in home affairs and the treasury, Bolt slammed the former prime minister’s actions.

“Every Liberal should be ashamed that it takes a Labor Prime Minister of the socialist left to warn them against letting a prime minister centralise power in himself.”

Andrews, who served as Morrison’s Home Affairs Minister, had earlier issued a statement calling for Morrison to resign, claiming his actions were “unacceptable”.

“I had absolutely no knowledge and was not told by the [prime minister, the prime minister’s office] nor the department secretary,” Andrews said.

“This undermines the integrity of government.

“I think that Scott Morrison needs to resign, and he needs to leave parliament.

“This is just unacceptable, and if this is the way that he is prepared to conduct himself without an adequate explanation — even though it is now going to be well past the time when such an explanation should have been made — then it is time for him to leave the parliament and look elsewhere for employment.”

Senator Jacqui Lambie has also called for Morrison’s resignation claiming “enough damage has been done under him” while criticising his claims that he couldn’t recall what portfolios he controlled.

“You blatantly lied, no one forgets they’ve got five portfolios.”

For all those calling for Morrison to resign, just as many threw their support behind Morrison and attempted to downplay the calls for him to step down.

Former Prime Minister John Howard came to Morrison’s defence, claiming “there are reasons why he did it and part of the conservative tradition is to always understand the context”.

“I don’t think it’s something that is so reeking with principle as to require an unwanted, expensive, unnecessary by-election,” he told 7.30’s Sarah Ferguson.

Former Deputy Prime Minister Barnaby Joyce told ABC Radio that he didn’t “agree with the PM taking on roles here, there and everywhere” but didn’t call for his resignation.

“Mr Morrison has apologised for this, so I think he himself in reflecting on it, has come to the opinion that it probably wasn’t a good move, and I agree with him,” he said.

When asked whether he would demand Morrison’s resignation, Dutton’s answer was simple: “No I won’t”.

“The Prime Minister’s sought legal advice I think we’re better to wait for that legal advice before you make any decisions about what should occur next,” he told reporters.