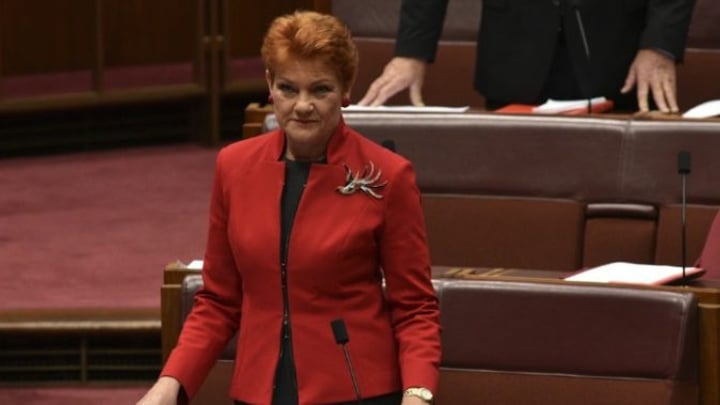 One Nation leader Pauline Hanson is once again calling for the burqa to be banned in Australia.

Hanson has announced she will push forward with legislation to have Australia’s federal parliament ban the garment, typically worn by women in some countries around the world to hide their face, body and hands. Parliament is set to resume after the winter break.

“More and more countries across the globe are banning the burqa, including Muslim nations,” she said. “When parliament returns after the winter break, I’ll be pushing forward with legislation to have our federal parliament ban the burqa also.”

Hanson noted that the Dutch passed a law banning the burqa in the past week, something she believes “will build greater social cohesion, improve security and remove the suppression of women”.

“Denmark joins France, Belgium, the Netherlands, Chad, Cameroon, Niger and the Congo to name a few who have also banned the burqa,” she explained. “It’s time Australia moves in the same direction to remove this radical and suppressive garb.”

She encouraged her followers to contact their local member either way to tell them how they would like them to vote on the issue.

As you may remember, Hanson caused a stir in parliament last year when she took her place in the chamber wearing an outfit that hid her head, face and limbs.

Hanson removed the burqa a few minutes later as she asked Attorney-General George Brandis if he’d ban the burqa.

Pauline Hanson entered the Senate like this….. #auspol pic.twitter.com/n77zxtU1Pt

“There has been 13 foiled national threats against us with terrorism,” she told the Senate. “Will the Attorney-General ban this burqa?”

“You are not an adherent of the Islamic faith,” Brandis said. “I would caution you and counsel you. Be very, very careful of the offence you may give.”

At the time, Lambie told parliament that she believed people had right to feel safe in public places when there was a threat of terrorism.

“Gone are the easy days of the past where we knew and trusted our neighbours and left our back doors unlocked,” she said. “Full face coverings conceal the identity of the wearer, disrupting the authorities’ ability to track down a perpetrator in the event of a crime.”

Meanwhile, there are plenty of people in Australia who believe the burqa should remain, including activist Yassmin Abdel-Magied, who has famously clashed with Lambie on the matter before.

What do you think? Should the burqa be banned in Australia?