News digest: Hunt says vaccine by Jan, US gears up for debate and zoo splits up profane parrots 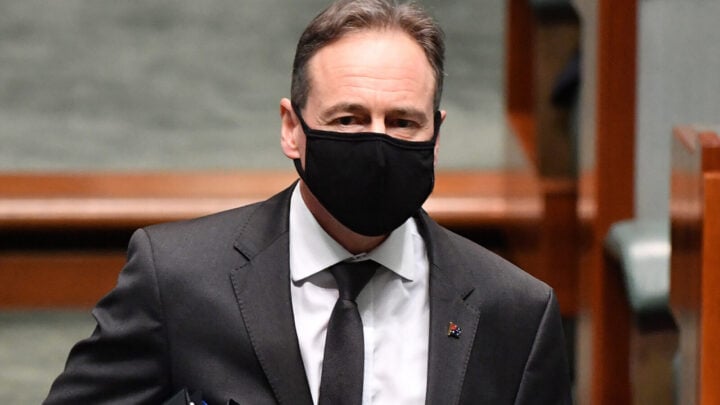 Health Minister Greg Hunt has confessed he is “confident” that Australia will have access to a Covid-19 vaccine by early next year, with the first doses expected to roll out as early as late January or early February, reports 7News. Australia currently has two agreements relating to potential vaccines, one with the University of Queensland’s molecular clamp vaccine for 51 million doses, and the other with the UK-based Oxford vaccine, for 33.8 million doses.

“We are expecting that on the balance of all the evidence that they could be available next year in the first half of 2021,” he said. “We are confident and quite hopeful for the first quarter of 2021, and that could be late January, early February for the first doses. But they will be progressively rolled out around the country as the months go on through the course the first half of next year.”

International headlines are dominated this morning by the US presidential debate, as the world waits with bated breath to watch current President Donald Trump go head to head with election rival Joe Biden for the first time. The debate will be broadcast live on Australian television, with the majority of free to air channels streaming the event.

With just five weeks to go until voters head to the polls, the 90-minute debate will kick off at 9pm local time (11AM AEST) at Case Western Reserve University in Cleveland, in front of a limited, socially distanced in-person audience due to the ongoing pandemic. It is the first of three scheduled debates.

In the lead-up to the event, Democratic candidate Joe Biden and running mate Senator Kamala Harris made the decision to release their tax records. It comes days after the New York Times claimed Trump had paid just US$750 (AU$1,065) in federal income taxes the year he won the presidency. While he paid another $750 during his first year in the job in 2017.

And in some light-hearted news, a group of potty-mouthed grey parrots have had to be split up by zoo staff in the United Kingdom after repeatedly telling visitors to “f**k off”. The exotic birds, named Billy, Elsie, Eric, Jade and Tyson, had to be separated by staff at Lincolnshire Wildlife Park as they were encouraging each other to swear, reports The Guardian.

“We saw it very quickly – we are quite used to parrots swearing but we’ve never had five at the same time,” Steve Nichols, the park’s CEO said. “Most parrots clam up outside, but for some reason these five relish it.”

Apparently no one had complained about the parrot’s penchant for bad language, but the zoo made the decision to split them up in a bid to protect the ears of young visitors.