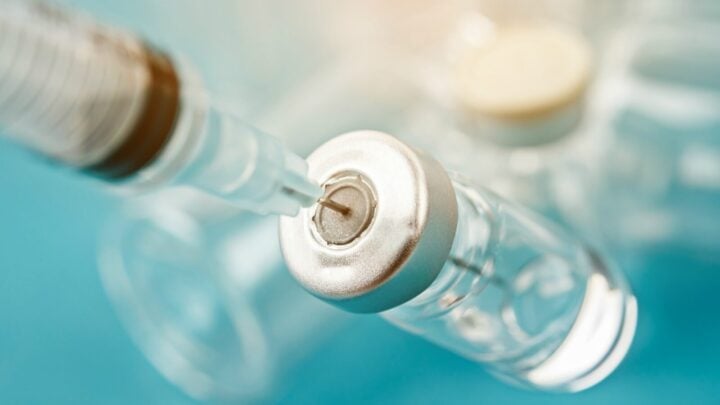 Australians are one step closer to securing a coronavirus vaccine for free. Source: Getty.

Australians could be first in line to get their hands on a coronavirus vaccine after the Morrison government secured at least 25 million doses with a British pharmaceutical giant. According to a news.com.au report, the Morrison government has reached an agreement with AstraZeneca to supply Australians with “one of the world’s most promising coronavirus vaccines” for free.

If the vaccine – which is currently being developed by Oxford University researchers – proves successful, the deal would secure “early access for every Australian”, Prime Minister Scott Morrison said on Tuesday.

“The Oxford vaccine is one of the most advanced and promising in the world, and under this deal, we have secured early access for every Australian,” Morrison said. “If this vaccine proves successful we will manufacture and supply vaccines straight away under our own steam and make it free for 25 million Australians.

“However, there is no guarantee that this, or any other, vaccine will be successful, which is why we are continuing our discussions with many parties around the world while backing our own researchers at the same time to find a vaccine.”

Australians deemed most vulnerable, including the elderly, those with pre-existing conditions like asthma, pregnant women and frontline workers, would likely be offered a vaccine first.

The vaccine agreement also includes a $24.7 million contract with medical technology company Becton Dickinson for the supply of 100 million needles and syringes.

Health Minister Greg Hunt told news.com.au on Sunday that he was in the final stages of negotiations with a manufacturer to produce the drug with AstraZeneca.

“From early on Australian officials led by my department has been meeting with developers and manufacturers of a number of promising vaccine candidates, both domestic and international, over recent months,” he said.

“We are confident these actions and targeted investments will put us in the best possible position to secure early access to safe and effective vaccines for Australia.”

However, the pharmaceutical company has since come out saying Morrison’s claim he has reached a deal to secure 25 million doses is untrue, according to the Daily Telegraph. AstraZeneca said all the government has is a letter of intent.

“The LOI doesn’t go into any detail about costs or numbers or anything until we have an idea of what the manufacturing capacity is — that’s a critical piece in the puzzle,” a spokesperson for the company said.

At this point in the pandemic, establishing a vaccine is one of the most important steps towards controlling the outbreak. At the time of writing, Australia’s death toll from the coronavirus stands at 438. Earlier this month, Victoria declared a ‘state of emergency’ and enforced strict lockdown measures after a surge in coronavirus cases. The southern state currently has 7,274 active cases.