‘It’s been an honour’: Peter FitzSimons resigns as chair of Australian Republic Movement 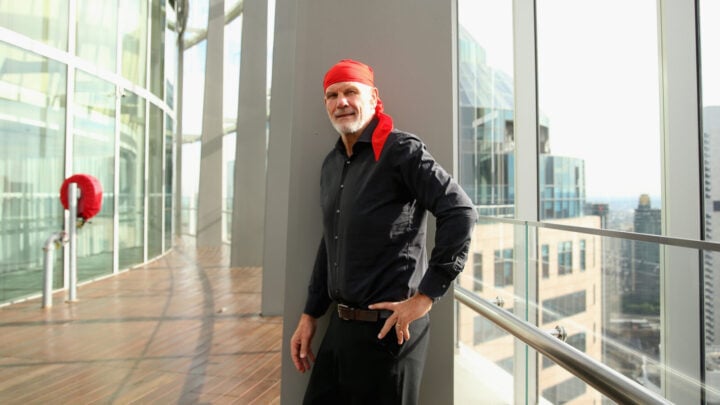 Australian media personality Peter FitzSimons has resigned as chair of the Australian Republic Movement (ARM) after seven years of leading the anti-monarchy campaign.

The journalist and author confirmed the news to the Sydney Morning Herald, saying he’s happy with the ARM’s accomplishments under his guidance.

My news. Thank you all, it’s been an honour, and a pleasure. @AusRepublic
‘Going out on a high’: After seven years in the role, FitzSimons won’t stand in this month’s election for Chair of the ARM https://t.co/4selnVjbue

“I am thrilled with what has been achieved by the movement on my watch,” FitzSimons said.

“Building on the fine work of my predecessors who kept the show on the road in the fallow years after the 1999 referendum, my colleagues and I have been able to make great strides.

“It is wonderful, right now, to have the republic on the agenda, to have a strong movement with expanding membership and money in the bank – and, most importantly, to have for the first time in history, a ‘Minister for the Crown devoted to removing the Crown’.”

Speaking with The Guardian, FitzSimons said his resignation is necessary to keep the movement on track.

“I’ve been doing it for seven years, the nature of this is you need, it always needs fresh voices, fresh energy and fresh networks,” he said.

“You need people coming from all over. I’ve always said that I would never be the guy to take it to a referendum.

“It’s time for me to move on. I’ve been a drum for an ARM and now we probably need a flute.”

FitzSimons believes the next best course of action for the movement is to help the government focus on the Indigenous Voice to Parliament first, believing a younger leader should step up as chair.

The Assistant Minister for the Republic, Matt Thistlethwaite, agrees with Fitzsimons’s sentiment, saying a connection with “younger” and “multicultural Australians” is essential to “help shape the narrative of an independent Australia”.

“Someone that connects with younger voters and multicultural Australians will be important in the success,” Thistlethwaite said.

“We’ve said Australia is on a journey to maturity and independence and the first step is the voice to parliament.

“Aboriginal Australians need to be heard and consulted about matters affecting them. That is something that needs to be done urgently and will pave the way for the next natural progression – for Australia to have one of our own as head of state.”

Chairman of the Australian Monarchist League (AML), Eric Abetz, said a leadership change means “naught” to the ARM’s cause.

“The people spoke at a referendum, the 1975 papers finally released after protracted legal battles plucked every single feather out of the republican cause’s conspiracy theories and their bizarre hopes of Australians disavowing our constitutional monarchy with the passing of Her Majesty has also come to naught,” Abetz said.

“Irrespective of who leads the republican movement their cause is fatally flawed by their incapacity to explain how our world-leading democracy will be enhanced by having a president.

“How would a republic benefit Australians?”

FitzSimons resignation comes as the ARM restarted its campaign to ditch the monarchy with a renewed energy following the rise of the new Monarch, King Charles III.