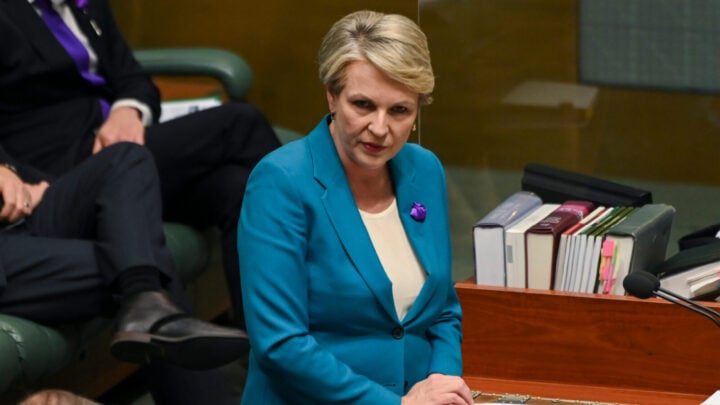 Environment Minister Tanya Plibersek has faced the heat over the Labor government’s failure to deliver an efficient plan to lower rising energy prices amidst the cost of living crisis.

“Look Tanya, it’s the six-month anniversary of your government being in and there comes a time when we can’t just sit here and blame the government before,” Barr said.

Barr continued:”Fair enough, you’ve had a chance to blame the former government but doesn’t there come a time where we say, ‘this is what we are going to do?’

“You promised a plan to bring down energy prices, will you have that by the end of the year like you promised?,” she asked.

While Plibersek didn’t give a direct yes or no in response, she defended her government, outlining how they were working towards more affordable power bills for Aussies.

“We are working very hard with the gas companies and state and territory governments to do exactly that, to bring down the price of energy,” Plibersek said.

“We have really got to focus on gas in the short term but in the longer term we know with the plan is, it’s to get cheaper, cleaner, renewable energy into the grid.

“We have $20 billion set aside to update our transmission networks, on a target of 82 per cent renewable energy because we know that is the cheapest form of electricity in the human history.”

Despite bringing the heat herself, Barr was forced to interject and end the segment when Joyce and Plibersek began trading blows over renewable energy.

“Look at your power bill! That is the reality of it,” Joyce said.

“In June the grid almost fell over. If you want power prices to go down, don’t listen to the Labor party, look at your power bill, it’s going through the roof.

“This whole renewable issue, making power going to be free! It’s never been dearer before in our lives. You are the government!”

The pair continued to argue over which options were cheaper before Plibersek brought up the consequences of Joyce’s leadership.

“Barnaby, coal-fired power plants shut under you,” she pointed out.

“Barnaby, coal-fired power plants shut under you”
Natalie Barr was forced to pull the pin when @tanya_plibersek and @Barnaby_Joyce heated clash over the government’s plan to bring down energy prices. #Sunrsieon7

Plibersek’s grilling on the cost of energy under the Albanese government comes as the chief executive of Alinta Energy, Jeff Dimery, said Australians should brace themselves for at least a 35 per cent rise in their energy bills.

“When we run our modelling for energy pricing next year, using the current market prices, tariffs are going up a minimum 35 per cent,” Dimery said at the Australian Financial Review’s energy and climate summit.

As reported by the Financial Review, Dimery expressed concerns about the country’s transition to clean energy.

“I personally don’t believe we can achieve the transition based on what we’re seeing to date that is going to be delivered; I think we’re headed for failure unless things change significantly.”

However, the Climate Council’s energy expert and former President of BP Australiasia, Greg Bourne, said the switch to renewables is the next necessary step.

“Coal is not a commercially viable industry any longer,” he said in a statement.

“Coal is unable to compete on cost with renewable energy, it is also inflexible, ageing, unreliable and inefficient.

“In Australia, and globally, renewables backed by storage deliver the cheapest power, and do so without the greenhouse emissions coal and gas produce.”

The merits of renewable energy compared to fossil fuel aside, the rising cost of energy bills will no doubt be of concern among seniors after recent data from the Australian Bureau of Statistics (ABS) indicated that older Australians are already suffering the most from the rising cost of living with pensioners experiencing an annual household living cost of 4.9 per cent.