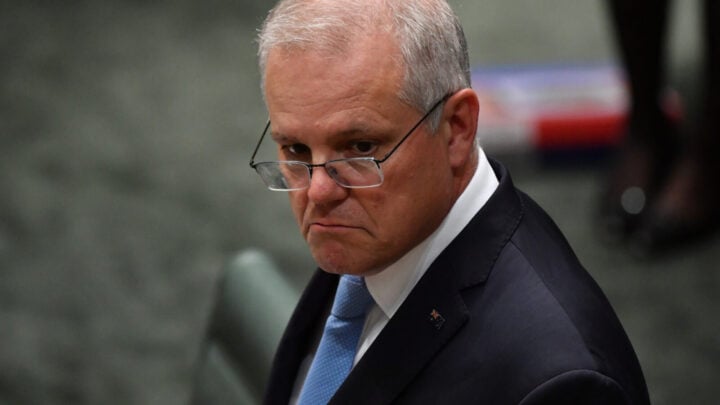 Australian Prime Minister Scott Morrison is having a trying week when it comes to his relationship with the truth. It seems every day there is a new “gotcha” moment which plays out as follows:
Morrison makes a statement. Morrison is immediately contradicted; whether by his own hand, or by the hand of others exposing the inaccuracies in his statement.

During question time yesterday, this scene unfolded: On November 23, Stephen Jones, Member for Whitlam, asked Prime Minister Scott Morrison about the PM’s usage of a derogatory term to describe a fellow politician. The term Jones was referring to, “Shanghai Sam”, had apparently been applied to former Senator Sam Dastyari.

To this, Morrison replied: “I’m not aware of the claim that you’re referring to, and I’m not going to take it at face value from those opposite.”
From here, an onslaught of back and forth arguing and general tomfoolery ensued, during which the PM managed to dodge the question entirely by denying any knowledge of ‘the claim’.
However, Morrison’s memory lapse was disproven by The Guardian Australia today, as they released an illuminating video compilation that shows the Prime Minister saying the contentious phrase a multitude of times, spliced between grabs of him denying all usage of the phrase both inside and outside of Parliament.

Since the soft rumblings of a preemptive election campaign trail emerged over the last month, Scott Morrison has been accused of lying many times. In early November, Emmanuel Macron accused Morrison of being a liar.

Just this week, the whole “Scomo goes to Hawaii while Australia burns” furore was reignited by Morrison himself, as he and Anthony Albanese tussled over whether Albanese was given notice that Morrison had left the country for a family holiday, and whether Albanese knew that his leave was to Hawaii.

If you’d like to dig deeper into Morrison’s contradicting statements, Crikey Magazine has compiled a dossier.