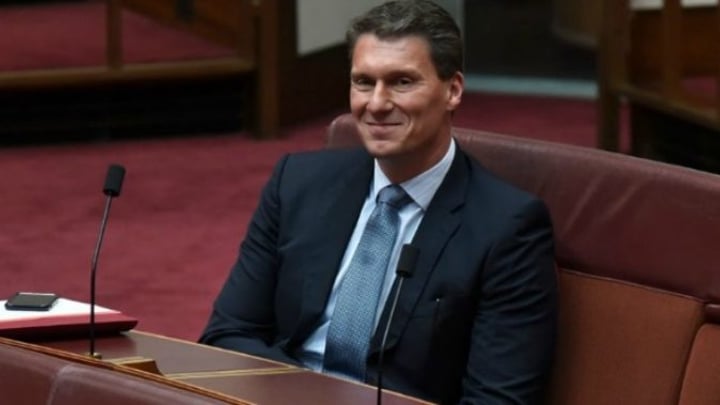 Senator Cory Bernardi will introduce a bill into parliament on Tuesday, calling for Muslim veils that cover the wearer’s face to be banned from all Commonwealth-owned land and buildings, which could see them outlawed across most of the ACT and Northern Territory.

The leader of the Australian Conservatives branded the burqa and niqab as “massive security risks” and described it as “common sense” to ban them from public buildings such as airports and Centrelink offices where users are required to show their faces.

“It is a direct challenge to our cultural norms and our societal expectations,” he told The Daily Telegraph. “It’s a way of one group isolating themselves.”

“There’s also a massive security risk attached to it, particularly when we are relying on facial recognition.”

Bernardi added that he has no problem with headscarves that cover the hair and not the face, instead targeting his bill towards the burqa – a one-piece veil which covers the face and body, often leaving just a mesh screen to see through – and niqab – a facial veil that leaves the area around the eyes clear.

Bernardi also posted a poll on his party’s Twitter account, asking supporters to vote on whether they believe the burqa “should be banned in public places in Australia” which received almost 300 votes within the first few hours.

One user, in support of Bernardi’s bill, wrote: “I can’t even wear my cap into my local club.” However others disagreed, with another saying: “Not really down with the government dictating what people can wear.”

Bernardi is far from the first Australian pollie to have issued a call to ban the burqa, as One Nation Senator Pauline Hanson previously made a stand in the senate by delivering an address whilst wearing the religious clothing. Former politician Jacqui Lambie also previously called for legislative action to ban the burqa in 2017.

Earlier this year, Hanson wore a burqa in the senate as she debated the controversial topic once again. She said: “More and more countries across the globe are banning the burqa, including Muslim nations.

“Denmark joins France, Belgium, the Netherlands, Chad, Cameroon, Niger and the Congo to name a few who have also banned the burqa,” she explained. “It’s time Australia moves in the same direction to remove this radical and suppressive garb.”

Many European countries have also implemented laws which ban full facial veils, including Denmark, which brought a law into effect on August 1, 2018, banning them in public places, and France, who became the first European country to impose such a ban in 2010.

Denmark’s Justice Minister Søren Pape Poulsen said in a statement at the time: “We must also be able to see each other’s facial expressions, it’s a value in Denmark.”

What do you think about this issue? Should it be banned, or should people have the freedom to wear what they want in Australia?