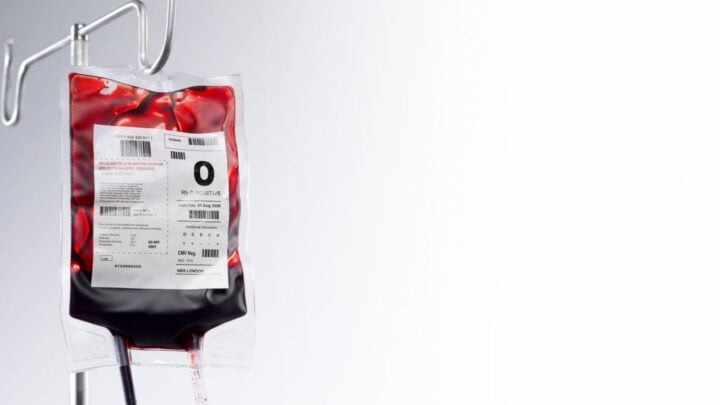 Blood type could play a role in the reducing the risk of Covid-19. Source: Getty.

Two new studies have revealed that a particular blood type could reduce the risk of contracting Covid-19. According to the research, people with the blood type O could be less vulnerable to the virus and also have a reduced likelihood of falling severely ill or suffering the full extent of the symptoms.

While experts say more research is needed on why this link exists, this study provides further evidence that blood type could play a fairly substantial role in a person’s susceptibility to infection and their chances of experiencing a severe case.

Additionally, the research found that among 95 patients who were critically ill with the virus, 84 per cent of those with blood type A or AB required mechanical ventilation. This was compared to just 61 per cent of patients with the blood type O or B who required this level of medical assistance.

“I don’t think this supersedes other risk factors of severity like age and co-morbidities and so forth,” Dr Sekhon, a clinical assistant professor in the Division of Critical Care Medicine and Department of Medicine at the University of British Columbia, told CNN. “If one is blood group A, you don’t need to start panicking. And if you’re blood group O, you’re not free to go to the pubs and bars.”

Do you know your blood type?