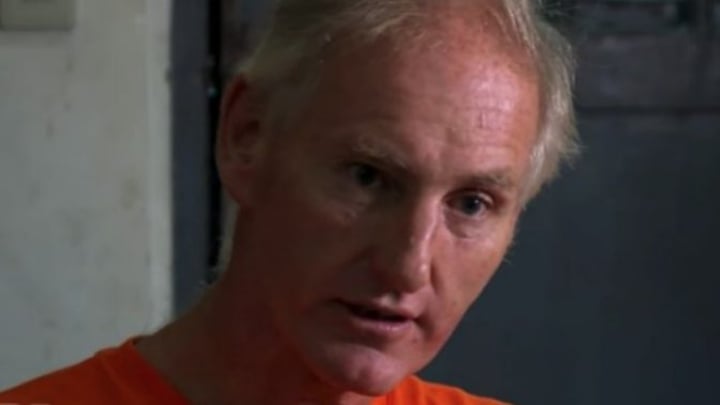 A legal aid scheme, which was established to provide financial support to Aussies who found themselves banged up abroad, has been tightened after the scheme came under fire earlier this year when notorious paedophile Peter Scully received $525,000 of taxpayers’ money.

Former property developer Scully, who was dubbed the ‘world’s worst paedo’ after details emerged of his crimes against children in the Phillipines, used the cash to defend himself after he was charged with child rape and human ­trafficking.

Now Federal Attorney-General Christian Porter has amended the Serious Overseas Criminal Matters Scheme (SOCMS), restricting aid to Australians who find themselves facing the death penalty abroad, saying the funding given to Peter Scully showed that the Scheme “had failed to meet community standards and expectations”.

“At present, the Scheme applies to those facing either a potential custodial sentence of at least 20 years or greater, or the death penalty. Having considered the Scheme since becoming Attorney-General, I have decided that it is necessary to update the criteria for this taxpayer-funded support.

“I was concerned that, over time, the Scheme had failed to meet community standards and expectations, and the funding provided to Peter Scully highlighted recently, was a clear demonstration of that.”

Scully, from Melbourne, was sentenced to life in prison on one count of human trafficking and five counts of rape after a trial in a regional court. The 55-year-old is also said to face more than 60 charges, including murder, child abuse and torture, in other Philippines’ jurisdictions, after he was tracked down following an international manhunt sparked by a horrifying video of child sexual abuse and torture that he allegedly made and sold to other paedophiles.

He moved from Australia to Mindanao in the Phillipines in 2011 and is alleged to have made videos of himself raping and torturing children as young as 12 months old – videos that he sold on to paedophiles around the world for as much as $10,000 per view, according to a report in The Sun, which dubbed him the “worlds worst paedo”. This includes the abuse of two young girls, who Scully allegedly made dig their own graves during his attacks.

Porter said that he expects the changes, which came into effect on Monday, to save the government as much as $1.6 billion, and he will also personally oversee the decisions, rather than being passed through his department.

He added: “As part of Australia’s long-standing strong opposition to the death penalty it is important that funding continues to be available for Australians overseas who are facing the death penalty if convicted. At the same time, stricter criteria will also now apply to the Scheme.

“Consideration will be given to whether the person has previously been the subject of criminal proceedings in Australia or overseas and, if so, the gravity, nature and outcome of those proceedings. The other additional factor will be the circumstances under which the accused departed Australia.”

The Attorney-General also made clear that the Government would maintain the ability to support Australians in non-death penalty cases, if it is considered appropriate in all the circumstances, saying: “Legal assistance will still be available for other cases through the separate Special Circumstances Scheme, which has been amended to specifically contemplate Australians facing prosecution for criminal offences overseas.”

What do you think? Is the Attorney-General right to restrict who can access legal aid, funded by taxpayer’s money?