‘No, no, no. Let’s go back’: David Koch grills Health Minister over Medicare woes 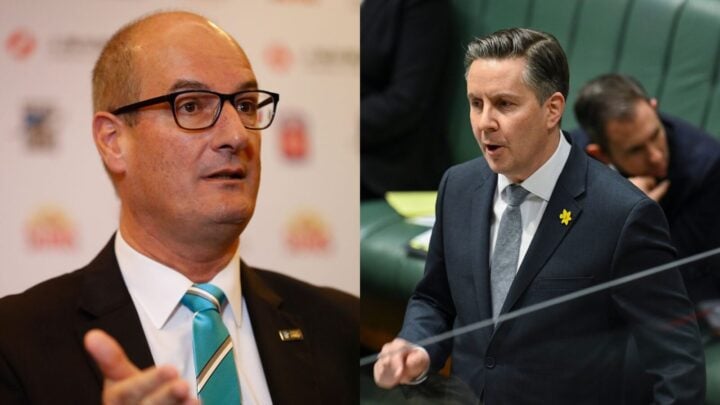 Experts have warned that without financial intervention, the current model will likely see a collapse, with some general practitioners already being forced to choose between closing their doors or charging patients for bulk billing services.

When asked by Kochie if the government planned to rectify the unsustainable model by increasing the bulk billing rebate for GPs, Butler deflected with the blame game.

Butler said that current Opposition Leader Peter Dutton’s decision to freeze the Medicare rebate a decade ago, “has effectively pulled out 500 million dollars from Medicare every year”.

“You can’t turn that around overnight,” Butler continued.

“It really should be no surprise, if you are freezing doctors’ wages for six years, the gap fees are going to climb.

“That’s why we insisted on putting more money into Medicare at the centre of our health policy.”

Kochie interrupted: “No, no, no. Let’s go back though.”

Butler answered: “I said the money we committed at the last election would not be decided just by me, that I wanted to sit down with doctors and nurses and patient groups to work out the best way to invest that money.”

“So the answer is no,” Kochie said.

“The answer is, David, I’m doing the right thing talking to patients, doctors and nurses about the best way to spend the money we committed at the last election,” Butler said.

“The former government didn’t commit any extra money to Medicare. We put money on the table.”

The Health Minister said the fix isn’t as simple as just throwing money at the rebate system, and a full assessment needs to be made before investment due to patient care becoming more complex.

With the current state of Medicare, Australia’s vulnerable are being left in the lurch as the bulk-billing system nears collapse.

Doctors across Australia are calling for urgent help as they’re forced to charge gap fees, creating concerns for patients who will no longer have access to affordable basic healthcare.

“GP practices are struggling to deliver care that patients need, and patients with chronic conditions are ending up in hospitals, ramped outside hospitals in ambulances because we are unable to look after their care properly in the community.”

In April 2022, the Australian Medical Association’s (AMA) President Dr Omar Khorshid, called for a Medicare reform and warned of a bulk-billing collapse if nothing changes.

“Doctors working in general practice have been forced time and time again to wear the brunt of these real cuts to Medicare,” Dr Khorshid said.

“GPs have not received the support they deserve or need from successive Governments. The health care needs of patients have become much more complex as the population has aged yet Medicare is stuck in the 1980s.

“We need serious reform to put general practice on a more sustainable footing, capable of delivering the type of care that many patients now need.”