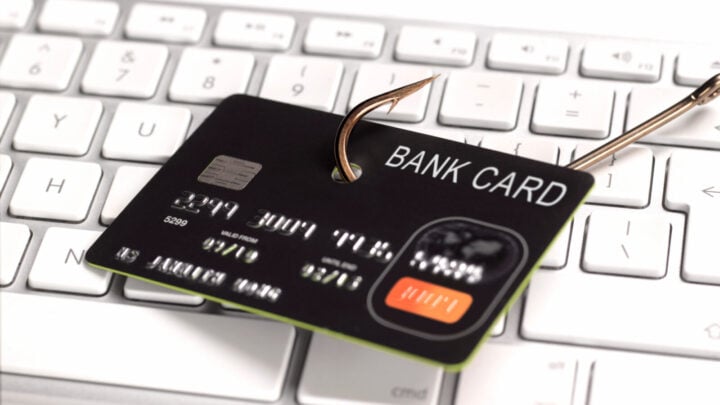 New data has brought to light a rather grim reality for Australians, revealing a whopping 166 per cent increase in money lost to scams over the past year alone, with those aged 55 to 64 revealed to have made up $32 million of the reported losses.

Scamwatch revealed that since the time period between January 1 to May 1, Australians (those that reported the incidents) lost more than $2o5 million to scams, with the total loss estimated to be much greater.

Notably, investment scams were revealed to make up the vast majority of money lost to scams, with a devastating $158 million lost between the given time period (80 per cent of investment scam losses were reported by 55-64 year olds), up 314 per cent compared to 2021.

“We are seeing more money lost to investment scams and so are urging all Australians not to trust investment opportunities that seem too good to be true,” Rickard said.

Beware of term deposit and imposter bond #scams. Scammers can spoof real websites to impersonate a bank or financial company. Thoroughly research any investment opportunity and seek financial advice from a licenced professional before investing. pic.twitter.com/vWmtsOBXQN

Scamwatch revealed that of the reported significant losses, more than half were attributed to Cryptocurrency scams.

Rickard warned Australians to be particularly careful when it came to cryptocurrency opportunities, especially over the internet.

“Australians should be very wary of anyone asking them to invest in or transfer money using cryptocurrency, especially if it’s someone you have only met online. Many consumers are unfamiliar with the complexities of cryptocurrency and this can make them more vulnerable to scams,” Ms Rickard said.

Of the reported scams, imposter bond scams, known to pose as legitimate financial companies or banks, were revealed to contribute to $10.9 million lost.

Surprisingly, it was also revealed that a large number of scams were now utilising text messages as the mode of contact, switching from primarily phone-call based scams. Scamwatch revealed that text message scams were up 54 percent since the analysed time period, with phone scams reported to have halved – a reality that the ACCC believes suggests “the telecommunications industry’s Reducing Scams Call Code 2020 that blocks incoming calls from scammers is having an impact”.

“If you receive an unexpected text message or phone call from someone offering you an opportunity to invest, it is likely a scam and you should immediately hang up or delete the message,” Rickard said.

Scamwatch recently warned Australians to be aware of another malicious scam doing the rounds that target victims seeking to recoup losses from previous scams.

The scam involves a promise to help victims recover money lost to an original scam after they pay an up-front fee. Over $270,000 has been lost to this scam so far.

Rickard said scams like this one lead to psychological trauma for those who have previously been duped into handing over money or personal details.

“Scammers will ask for money and personal information before offering to ‘help’ the victim and will then disappear and stop all contact,” she said.

“Money recovery scams are particularly nasty as they target scam victims again. These scams can lead to significant psychological distress as many of the people have already lost money or identity information.”

This year alone Scamwatch reported they have already received 66 reports of money recovery scams, up 725 per cent compared to reports in 2021.

The ACCC advises that victims of scams should take up the recovery processes with their banking institutions.