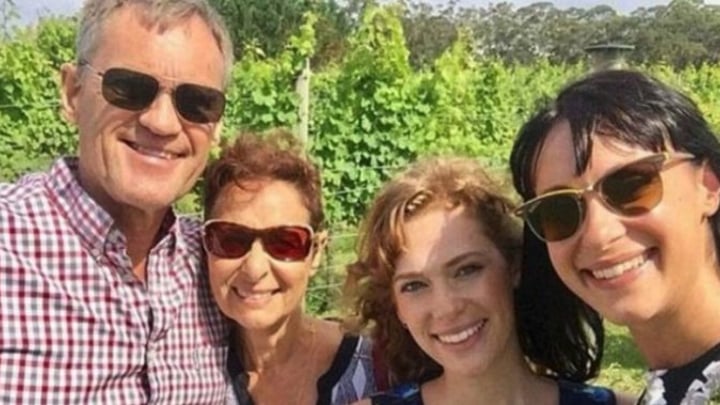 Jessica Falkholt and her whole family tragically died in the crash. Source: Facebook.

A major drug-driving crackdown in NSW will now mean any drivers on prescription drugs could be at risk of being charged for driving under the influence.

The major changes to the law were inspired by the tragic deaths of Home and Away actress Jessica Falkholt and her sister, mother and father following a Boxing Day horror crash.

The new measures will mean changing drug-driving laws to automatically cover all prescription drugs such as codeine, while NSW Health has confirmed all GPs and pharmacists will also be given an awareness course on the potential dangers.

The new laws say anyone who’s “impaired” by prescription drugs will be in breach of the law, although no specific guidelines have been established yet. Currently it is illegal to drive under the influence of any drugs that impair your ability to drive, including legal medications.

Chief Health Officer Dr Kerry Chant said $760,000 will be invested in training over the next three years to support health professionals.

“NSW Health has partnered with the University of Sydney to provide in-depth training to health professionals that focuses on assessing driver safety,” Dr Chant added in a statement. “Road safety is a shared responsibility and as a health system, part of our duty of care and professional practice is to ensure public safety.”

Meanwhile, Roads Minister Melinda Pavey explained to the Daily Telegraph that the Road Transport Act’s definition of “drug” will now include “new and emerging” drugs including pharmaceuticals – with anyone found to be over the limit while driving at risk of being charged.

“The law is still there – driving under the influence of a drug can mean illicit or prescribed – but this gives us capacity to name new drugs coming in,” Minister Pavey told the publication.

On top of that, it’s claimed all patients attending an Opioid Treatment Program will now have to pass a fitness-to-drive assessment when they start the treatment, whenever their dosage is upped, or when they’re identified as “high risk”.

NSW Health confirmed it is conducting a safety audit of the program focusing on practices around fitness to drive, takeaway dosing, concurrent use of other prescribed medication, and communication with clients and pharmacies.

“Prescription and non-prescription medications can impair the ability to drive safely, particularly when mixed with alcohol and we are developing new resources to help patients better understand this,” Dr Chant added in a statement.

“Data from 2013 to 2015 show that drugs other than alcohol were detected in association with motor vehicle fatalities. Psychotropic drugs such as antidepressants were the most commonly detected, followed by hallucinogens such as cannabis. Opioids were detected on just seven occasions.”

It comes after Jessica Falkholt, her sister Annabelle and their parents were all killed on Boxing Day 2017, when their car collided with another, driven by 50-year-old Craig Whitall, who’d just left a methadone clinic.

Whitall, who was also killed in the crash, reportedly veered into the opposite lane when rounding a bend. Whitall’s mother offered her condolences to the Falkholt family shortly after their deaths, telling Seven News shortly after the accident: “All we can do is offer our heartfelt commiserations.”

The Australian reported at the time that Whitall had previously been jailed for driving with a disqualified licence and was driving on P-plates after recently obtaining his licence again. They reported that Whitall, a grandfather and father of two, was “well known” to police and had a long criminal history. It is believed that he had more than 60 offences to his name.

Anyone on prescription medication is advised to speak to their doctor about whether it may impact their ability to drive safely.

Starts at 60 has contacted Minister Melinda Pavey for comment.

Are you pleased about the new road rules in NSW?