To buy or not to buy? Choice reveals which Kmart products are worth the money 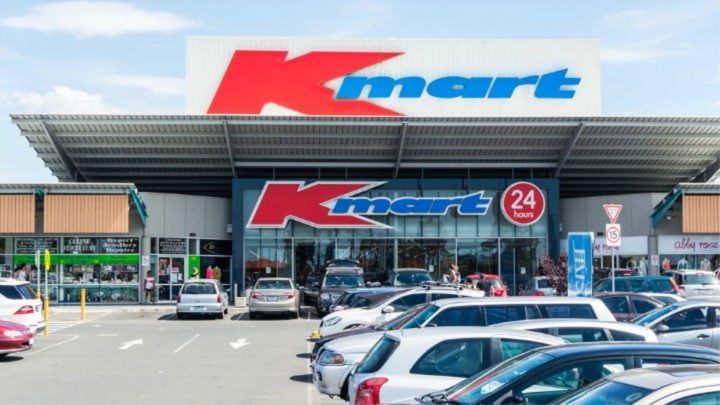 Choice has put some Kmart products to the test, to see if they're worth the buy. Source: Getty

Kmart has become one of the most popular chain stores in the country, with a legion of fans that swear by its large offering of products at bargain prices. Each week it seems there’s a new appliance or fashionable piece of clothing that everyone is hitting the shops to purchase, but according to Choice, there’s some items that should be left alone.

Australia’s consumer advocacy group has put Kmart’s Anko range of own-brand products to the test – and while some impressed, even outperforming the bigger brands, others have been labelled a no-go, with experts claiming your money would be better spent elsewhere.

“Although there are some great buys that deliver premium performance at low prices, there are equally a few products we’ve tested that have seriously failed to impress,” Choice said.

So, which ones should we be rushing to the shops to purchase, and which should we leave on the shelf?

Coffee machines have been a top item for purchase during the coronavirus outbreak due to the closure of some cafes and restaurants. But is the Kmart product a good option? According to Choice experts, the short answer is yes.

The Anko Espresso Coffee Machine costs just $89 and “certainly delivers bang for your buck”. In the tests, it outperformed a $949 coffee machine on flavour and pumped out consistently hot coffees. Plus, it looks pretty on the kitchen bench. The only downfall, it doesn’t offer quite as many features as the high-end models.

“It’s a bit fiddly to use and doesn’t have all the features of a high-end espresso machine – but if you’re on a budget and you have your heart set on a manual machine, it’s an option worth considering,” Choice said.

The Kmart pie maker has gained a lot of attention on social media, with eager bakers whipping up delicious treats for all to enjoy while stuck at home. And thankfully, Choice has also given it a big thumbs up.

The $29 pie marker was described as being a “handy little appliance” that’s easy to use, versatile, good-value and delivers on its promise. In just 15 minutes it pops out four nicely golden pies making it the perfect product for no-fuss cooks, or when you’ve got hungry grandkids waiting for a feed.

“This is a fun little appliance,” Choice home economist Fiona Mair said. “It’s easy to use and gives good results, cooking four pies fairly evenly to lightly golden in eight minutes. It takes five minutes to preheat, which is quicker than an oven, and once the pies are cooked you can simply pop them out with a spatula.”

Unfortunately, travel has been put on hold for the past few months due to Covid-19, but with restrictions slowly being eased and some states beginning to allow intrastate getaways, you may be in need of a small suitcase. Kmart has some on offer, and according to Choice, they’re a good buy.

“These cheap wonders were up there with far more expensive products, even outperforming luxury brands priced at more than $500,” Choice said.

With winter just around the corner and nights getting chilly, you’re probably already grabbing for an extra blanket or two. But, with Kmart’s electric blanket, there’ll be no need for all the added layers. Choice has given its approval of the $55 fleecy Anko electric blanket, with a performance score of 80 per cent. It even outperformed electric blankets costing more than twice as much.

“Our expert testers didn’t report any bad points about this winter warmer,” Choice said. “But, it does lack some of the features that expensive brands have, such as an extra warm foot zone, programmable settings and a timer.”

After months of not being able to spend time with the grandkids, grandparents are now rejoicing as the easing of restrictions means visits are now allowed. But, if you were thinking of heading to Kmart to stock up on products for the little ones, you might want to read this first.

Choice experts tested both the playpen and bassinet available at the store, with one gaining approval from the team, while the other was deemed a no-go. Thankfully, if it’s a playpen you’re after, the Kmart option was one of only a few tested which passed key safety requirements. It’s also easy to set up and pack down, and comes with a latched gate so you don’t have to reach over the fence to pick up your grandchild.

However, the bassinet was another story. At $99 the Kmart Anko bassinet is a tempting purchase, but sadly, it received a Choice expert rating of just 44 per cent due to the lack of continuous breathable zones around the edge, which could be a suffocation risk.

If you’re on a bit of a health kick after binging on chocolate and lollies during the self-isolation period you might want to grab Kmart’s digital blender to help you whip up smoothies in the morning. The $59 product was given great reviews by Choice testers, receiving a score of 90 per cent for performance. Testers said it “certainly blitzed” some of the more expensive blenders on the market, even outclassing a $2,200 model.

Sadly, not all of the Kmart Anko products impressed Choice experts. The store’s range of vacuum cleaners, including stick vacuums, bagged and bagless models all scored poorly. Product testers advised shoppers to spend their money elsewhere if they’re looking for a good vacuum cleaner.

“The upright, bagged and bagless models we most recently tested were among the lowest scoring when it comes to giving your carpet a thorough clean,” Choice said. “And the stick vacuums didn’t fare much better.”

It seems everyone is using an air fryer nowadays in a bid to be healthy, but according to Choice, Kmart’s version of the product should be avoided. While the Anko product has won many fans, mostly because it’s much cheaper than other brands available, when tested in the lab the results weren’t good.

Although it was the cheapest model tested by Choice, it received the lowest expert rating of 64 per cent. So, it’s probably not wise to purchase one if you’re on the look out, as it won’t do much for those homemade chips or frozen crumbed chicken.

“Not only did it receive a low score in our testing, but the Kmart Anko air fryer is also fairly large and heavy, and not very easy to use,” Choice kitchen expert Fiona Mair said.

Have you purchased any of the products mentioned? How have you found them?