Can you identify these countries on a map? Most people can’t! 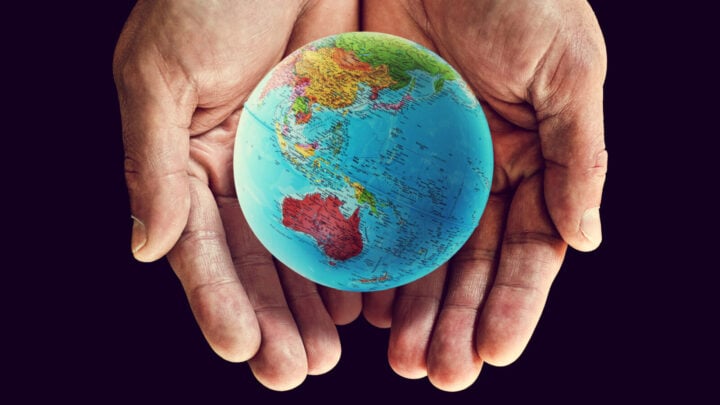 Thousands of people were quizzed on their geography skills - and many failed! Source: Getty

Remember the days of sitting cross-legged on the lounge room floor flicking through an atlas, or spinning a globe so fast you thought it might fly of its axis? While these are fond memories, it seems very little geographical knowledge actually sunk in!

The Knowledge Academy recently quizzed 6,550 people on their geography skills, asking them to pinpoint certain countries on a map, and found that many failed to locate some of the biggest and most well-known countries in the world. Asian countries were some of the trickiest for people to locate, which will likely come as a shock to Aussies who generally love holidaying in this part of the world.

Coming in at the top of the list, with a staggering 83 per cent of participants failing to correctly place it on a map, was Indonesia. This is despite Bali, Jakarta and Lombok being among the most popular tourist destinations in the world.

Following closely behind was the South East Asian country of Vietnam. Although plenty of people learned about the Vietnam war at school, or indeed lived through it, only 19 per cent of people actually know where it’s located.

Next was Bangladesh, with only 78 per cent people correctly marking it on a map of the world.

Meanwhile, on the other side of the world Ukraine had many stumped. Although it’s the second largest country in eastern Europe, after Russia, a whopping 73 per cent of people have no idea where it’s situated. Peru came in fifth place, with 69 per cent of people struggling to point it out.

Fortunately it appears not all geography skills haven’t gone out the window. The majority of people (71 per cent) were able to point out Germany on a blank world map, while 69 per cent could locate the African country of Ghana and two in three knew where France was.

Curious as to why so many people were lacking in their geography skills, The Knowledge Academy asked participants about their education in this area. When asked whether they were taught geography in school, 32 per cent replied yes, 16 per cent couldn’t recall and 52 per cent answered no. Meanwhile, 76 per cent said geography should be taught more in schools so people can identify different parts of the world.

How many countries could you identify on the map?