Bin it or drink it? Mum sparks anger after serving kids out-of-date milk 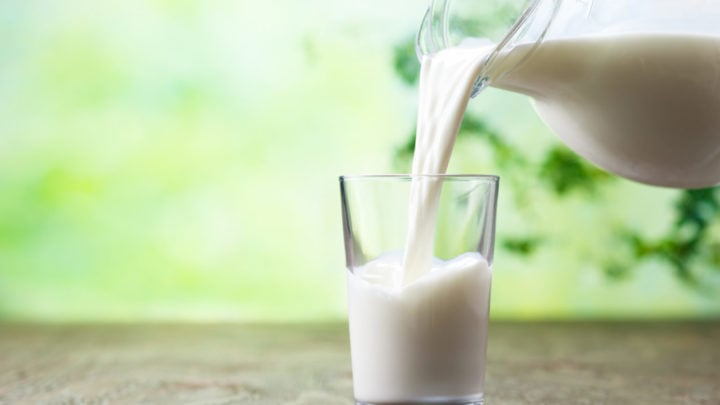 A mother's decision to serve her kids milk past its use by date has caused a stir with some claiming the thought of doing so makes them feel sick. Source: Getty

For most Baby Boomers the prospect of throwing away food that still passes the sniff or taste test is an absolute no-go, with nothing reaching the bin until it is well and truly off. For those born in the post-war generation in particular, wasting food was very much frowned upon. It was not uncommon to simply cut off a mouldy piece of cheese or ditch a slice of mouldy bread and keep the rest.

But while that is considered the norm among many over-60s, it seems not everyone agrees – with one mum receiving a world of hate for serving her kids out-of-date milk. The mother took to social media recently claiming while some people are “funny” about using milk after expiry, it’s something she does on the regular, The Daily Mail reports. Although for her it was totally acceptable, others did not agree, with a fierce debate sparked online over whether the sniff test is truly enough to keep drinking milk past the date noted on the bottle.

The topic was brought up on the Today show on Thursday, with hosts Sonia Kruger and Richard Wilkins adding their two cents. While Richard agreed with the mother that is was absolutely okay to drink the milk, Sonia held the opposite view, admitted just the thought of it made her feel sick.

A mother has sparked furious debate after confessing online that she served her children milk that was two days OUT-OF-DATE! Some were disgusted while others agreed that drinking off milk was perfectly acceptable as long as it passed the smell test. What do you think? #9Today pic.twitter.com/ymWo4KrNMY

“I bin it, if it’s past the date I go, it’s done,” she insisted. “There is no mucking around with milk. I wouldn’t enjoy it. In my head it’s out of date. It makes me feel sick just thinking about it.”

Others have since taken to social media to share their thoughts with the majority claiming they’d happily drink out-of-date milk as long as it still looked and smelt okay. “Just because it’s passed the use by date doesn’t mean it’s off,” one person wrote on Twitter. “If it smells okay it’s usually fine. I sometimes go a week past the date and I’m fine! Common sense people. Milk doesn’t turn when the clock suddenly strikes 12am on its use by date.”

While another commented: “If it’s been refrigerated and hasn’t turned, what’s the problem? The difference between those who went without and those who didn’t?” And a third added: “If the milk passed both the smell and taste test, then what is the problem?”

Milk isn’t the only thing people choose to forgo use-by-dates, with former British prime minister Teresa May admitting earlier this year to scraping away the mouldy part on top of jam and continuing to eat what is underneath instead of throwing it away, the BBC reported. The 62-year-old explained during a cabinet meeting on food waste that the rest of the jam is “perfectly edible” and that it’s not always the best idea to follow use by dates as they can sometimes be incorrect, leading to more wastage.

Her admission shocked many Brits who questioned her habits labelling her decisions “disgusting” and contemplating how the jam went mouldy in the first place. “If she actually does scrape the mould off the top of the jam, she is disgusting,” one person wrote on Twitter.

“Take you own jar next time the prime minister invites you over for afternoon tea,” another joked. While a third said: “If you jar the jam properly you don’t get mould.”

However, there were others who claimed May’s technique is actually quite savvy and prevents an abundance of food waste and money down the drain. “What is she supposed to do? Eat it? Or throw away an otherwise good jar of jam? Having grown up with little money, I was taught to do the same. Wasting food is wrong,” someone argued.

A second praised May adding:  “Never thought I’d say this, but: bravo Theresa May! If people were willing to scrape the mould out of jam there wouldn’t be any need for foodbanks… until of course, Brexit harms the poor, whom I care about very deeply”.

While another claimed there is absolutely nothing wrong with what May does, and eating the mould itself wouldn’t even be a bad idea. “I work for a jam manufacturer,” they said. “Simple fact is that most fruit jams are naturally acidic, and therefore the mould is likely harmless.”

It turned out they were correct too as mould expert Dr Patrick Hickey previously told the BBC that jam that has developed mould on top is safe to eat as long as you scrape it off and ensure there is none left in the jar. This is because the high acidity levels in the fruit help keep harmful bacteria at bay. However ,the same cannot be said for all foods, and it’s important throw away nuts, cheeses, meats, breads and vegetables that have developed mould.

Do you drink milk past the use by date? Or do you think it's best to just throw it in the bin?