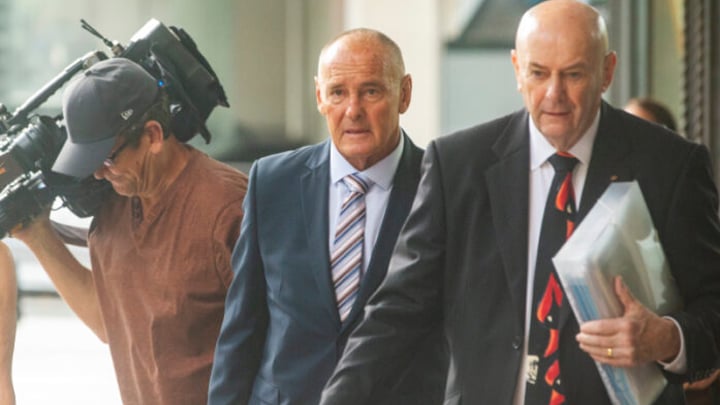 Following the marathon four-hour trial that found Chris Dawson guilty of the 1982 murder of his wife Lynette, his daughter Shanelle Dawson was left in a state of “shock” and “couldn’t fathom” that the moment had arrived where justice was served.

Justice Harrington accepted earlier in his ruling that Lynette was indeed deceased, believing she did not voluntarily leave her home and family as Dawson has continued to maintain.

Shanelle described the “surreal” moment she heard the guilty verdict being handed down in an explosive tell-all interview with 60 Minutes on Sunday, October 9 while opening up about her father’s “manipulative” behavior and the bombshell revelation that she believes he knows where her mother’s body could have been buried.

“I could see that he was manipulative and gas lighting us all the time,” Shanelle said.

“My father definitely embodies the survival of the fittest, f*** everyone else. Just do what you need to do to get what you want.

“And I feel a lot of anger and rage towards him for being that way, but I simultaneously feel compassion and sadness that he is that way.”

As a young girl, Shanelle Dawson was convinced by her father that her mother had abandoned her family. She spent many painful years trying to uncover the truth – and went to extraordinary lengths to do so. #60Mins https://t.co/hbmLRBVeoO

Lynette’s fate has remained a mystery for decades and despite Dawson being found guilty of his wife’s murder the whereabouts of her body still remains unknown to this day. However, Shanelle believes she may know the location of her mother’s body after uncovering long-forgotten memories during a hypnosis session.

After the investigation into Lynette’s disappearance stalled in 2013, Detective Damian Loone placed her under hypnosis where Shanelle revealed she saw her “mother slumped in the front” of the family car.

“It was like I could feel myself as a four-and-a-half-year-old child again,” Shanelle said.

“I could feel the feelings that she felt at the time. It was really pretty profound.

“I believe I saw my sister and I in the back of a car, of our station wagon, and my mother slumped in the front.

“I believe I saw him shining headlights on a spot near the pool and digging. I believe that he buried her in that spot for that night, and then the next day when he didn’t have us kids, moved her somewhere else.”

Following the guilty verdict on August 30, Lynette’s family revealed that Dawson’s verdict has delivered justice but they still hold onto the hope that Dawson will “finally do the decent thing” and reveal where her body is.

“She is still missing, we still need to bring her home,” Lynette’s brother Greg Simms told reporters following the verdict.

“We would ask Chris Dawson to find it in himself to finally do the decent thing and allow us to bring Lyn home to a peaceful rest, finally show her the dignity she deserves.”

However, Shanelle claimed that her father “believes his own lies and he won’t admit it”.

“He might come to have to admit it to himself after sitting in prison for some time, but I don’t think it will be anytime soon,” she said.

Dawson has continued to maintain his innocence, pleading not guilty to the murder charges and vehemently denying any involvement in Lynette’s disappearance, claiming she abandoned him and their young children to join a religious group in the Blue Mountains.