‘He will certainly appeal’: Chris Dawson’s lawyer says jail will be ‘hard’ for the convicted murderer 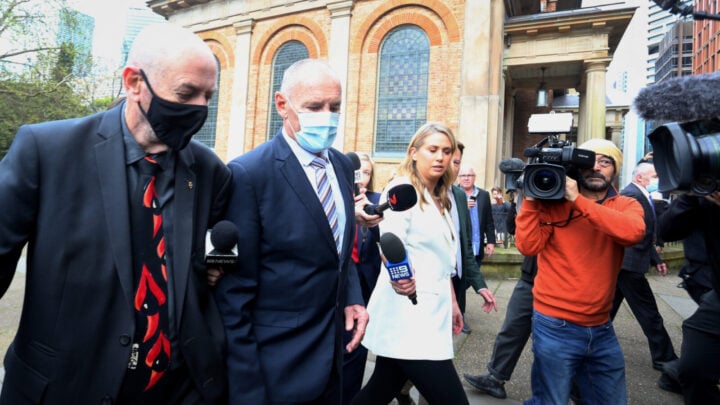 Chris Dawson’s lawyer has revealed the convicted murderer is “not doing well” after he was found guilty of murdering his wife Lynette Dawson four decades ago, informing the public of plans to appeal the NSW Supreme Court ruling.

Justice Ian Harrington accepted earlier in his verdict that Lynette was indeed deceased, believing she did not voluntarily leave her home and family as Dawson has continued to maintain, saying he was “satisfied” the now-74-year-old had killed his wife in 1982.

“He’s upset, he wanted me to ring his wife Sue and talk to her … we don’t know where he’s going to go (to prison),” Walsh said.

“Mr Dawson has always asserted, and he still does, his absolute innocence … and he will continue to assert that innocence and he will certainly appeal.”

Walsh asserted that it wouldn’t be right to send Dawson to jail, considering the health issues the former school teacher is currently facing.

“Jail will be much harder for him … he’s got problems with his hips and knees too.”

“I’m a little emotional – after 40 years, my sister has been vindicated,” Simms said.

“This verdict is for Lyn. Today her name has been cleared.”

Simms said Lynette would never have willingly left her family, maintaining she trusted and loved Dawson.

“Instead, her trust was betrayed by a man she loved,” he said.

“The court has found what we believed to be true for so many years: Chris Dawson took the life of our beloved Lyn back in 1982.”

While Lynette’s family believes Dawson’s verdict has brought justice, they’re hoping Dawson will “finally do the decent thing” and reveal where her body is.

“She is still missing, we still need to bring her home,” Simms said.

“We would ask Chris Dawson to find it in himself to finally do the decent thing and allow us to bring Lyn home to a peaceful rest, finally show her the dignity she deserves.”

Lynette disappeared from her family home in Bayview in Sydney’s Northern Beaches, no body has been found.

Dawson pleaded not guilty, maintaining his former wife had abandoned him and their young children to join a religious group in the Blue Mountains.

Despite no body being found, two coronial inquiries ruled that Lynette was murdered by someone known to her.

The court heard allegations of abuse and claims that Dawson had hired a hitman.