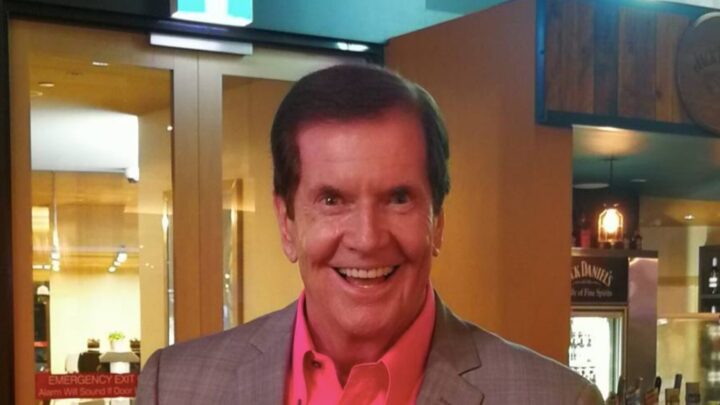 Legendary Australian broadcaster and game show host “Baby” John Burgess considers himself one of the lucky ones who “dodged a bullet” after he contracted a near-fatal bout of sepsis in February of this year.

The 79-year-old, best known for his stint on Wheel of Fortune in the ’80s and ’90s, initially experienced mild flu-like symptoms which quickly escalated to a near-death experience causing him to spend a week at the Royal Perth Hospital.

“At first I felt maybe a bit nauseous, bit drowsy, achy in the joints and pretty soon I just felt like I was going to throw up,” he said.

“That was at seven o’clock in the morning and by 7.30 I couldn’t get off the toilet, so my second son had to lift me off the toilet and carry me into the bedroom.

“I just thought, like most blokes do, ‘I’ll be okay, I’ll just take a couple of Panadol’ but I was sort of just passing out and thankfully my wife thought to call an ambulance.”

Sorry I couldn’t TGIF everybody; I am in Royal Perth Hospital with a serious bacterial infection leading to blood poisoning but the good folk here have got me on the road to recovery lets talk next week (TGIS)

Burgess revealed that “as soon as I was rushed to hospital they did a blood test and discovered I had sepsis.”

“Sepsis can kill you in no time. I was lucky. It is a bacterial infection and we still don’t know how I got it, but thankfully doctors were on to it straight away,” Burgess recalled.

According to the Australian Commission on Safety and Quality Health Care, sepsis is the body’s extreme response to an infection, causing damage to its own tissues and organs.

Many of these people are normally healthy, but those who survive sepsis often experience prolonged after-effects or will have a lifelong disability.

Dr Carolyn Hullick, Clinical Director at the Commission and Emergency Physician in Hunter New England Health NSW, said sepsis is a medical emergency that can be missed by even the most perceptive doctors.

“Sepsis is complex, and it can be difficult to diagnose because the signs and symptoms can be subtle. Older patients may have delirium. They may be on medicines that impact their body’s response to sepsis. Sepsis can also mimic other health conditions like gastro or heart disease,” Dr Hullick said.

While in hospital, Burgess underwent several rounds of antibiotic drips in his arms and neck.

Not only has Burgess’ brush with death left him shaken, but in the month since his discharge from hospital, the TV personality admitted to still experiencing a myriad of ongoing side effects.

“I mean, I handled the problems, but sometimes I just sort of forget things. You know, someone will tell me something,” he said.

“My hair’s been falling out, too; not that bad, but certainly started to a bit more rapidly than normal, but they warned me about that.”

The condition has also impacted the TV personality’s energy levels with Burgess admitting that he has “no energy from it” and that by midday he often feels as though he had “better have a lie-down”.

However, Burgess is still determined to return to his media duties on Perth TV and radio. More recently, he has signed a pledge with the Sepsis Clinical Care Standard to help raise awareness of the disease in Australia.

Delighted to be associated with the launch of The Critical Care Standard for Sepsis.This is a fantastic initiative to spread the word about this extremely dangerous condition, which if not treated early can lead to tragic circumstances,& as a survivor I applaud everyone involved.

“Like me, all sepsis survivors want to return to a productive and fulfilling life – and this clinical care standard will promote greater awareness and support for our journey,” Burgess said.