Roy Billing: Son’s suicide helped me appreciate how lucky I am to be alive 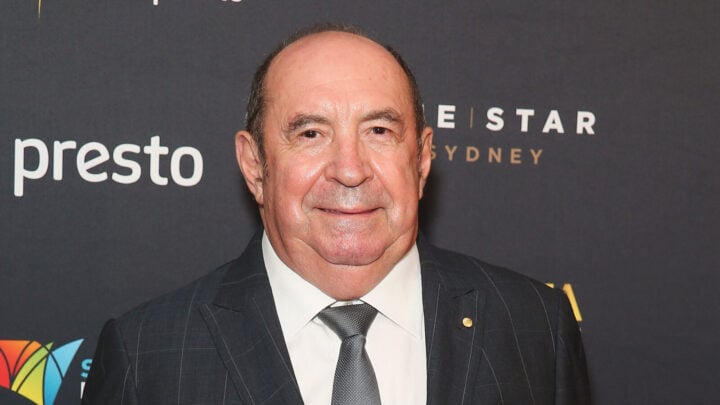 New Zealand actor Roy Billing plays a lead role in the film Never Too Late which is due to hit cinemas in Australia this year. Source: Getty

New Zealand actor Roy Billing has lived a full-life, from following his dream of being on camera, to maintaining relationships with great friends and building a loving and supporting family. But, there’s one thing missing – his son.

In 1995, Roy’s son Simon tragically took his own life. He was just 20-years-old and, like any parent would be, the actor was devastated. But, the 73-year-old says he also learnt something important from the tragedy – as it helped him appreciate the fact that you should take opportunities and make the most of your days, because you never know when that last day will come.

“He was only 20,” Roy tells Starts at 60 in an exclusive chat. “It was a big blow to everybody – one of those things that happened.”

The actor says he spent a lot of time following Simon’s passing doing volunteer work with suicide prevention groups to help him get through the pain. But, he admits “it’s something you never forget” and that there are lessons he took away from the devastating loss.

“It makes you realise how lucky we are that we get to live long lives and do the things we love and enjoy,” he adds.

One of those things for Roy is acting and, despite being in his 70s, this is something which hasn’t slowed down over the years. In fact, over the past decade Roy has tackled many different projects on the small and silver screen, from Underbelly: A Tale of Two Cities to Jack Irish and more recently, the movie Never Too Late.

Roy stars alongside a host of household names in the upcoming movie, including James Cromwell, Jacki Weaver and Shane Jacobson, which is set for release in cinemas across the country later this month. He plays the character of Wendell who, upon leaving the army and returning to civilian life, suffers from post traumatic stress.

Wendell ends up on the wrong path and winds up in a wheelchair, living in a nursing home for veterans, and it’s there that he reconnects with the other members of ‘The Chain Breakers’ – a group of men who escaped a torturous Vietnamese Prisoner of War camp. Each realises they have a dream they want to achieve before it’s too late. So, once again they band together to devise a plan to escape this new ‘hell’. They may have lost their memory and speed, but these renegades prove it’s never too late for new adventures, even if you have to break rules to break free.

Roy says it’s a feel good movie that will really help people to open their eyes to the fact that it really is never too late to chase their dreams, tie up those loose ends and reconnect with loved ones.

“If there’s something you haven’t done – there’s nothing holding you back from achieving it,” he tells Starts at 60. “Don’t let age be a factor in that. It’s never too late to achieve your dreams or do what you want whether it be going on a holiday, reconnecting with a relative (like my character Wendell) or working in a particular job.

“For me, I was lucky. I chose a profession early on that I really love. I said to myself, ‘so long as I can walk I will keep acting’. Of course some people may have physical constraints that limit the things they can do – but other than that there’s no need to slow down. I have lots of friends who are still working and enjoying life.”

Though Roy considers himself to be semi-retired, he still has lots of work on the go. He really is living proof that once you reach 60, your life is far from over. He has just taken on a cameo role in a New Zealand production and has ongoing voice over work. But, he also has plenty of time to enjoy life in New Zealand with his lovely wife Linda Tizard.

The couple live on Waiheke Island which Roy says is full of wineries and simply a beautiful place to spend his down time – especially in his garden. But, after living in Australia for a big part of his life Roy says visits to the neighbouring country will certainly be back on the cards when travel restrictions are eased – both for work and pleasure.

In the meantime, Roy hopes Aussies will enjoy his new movie Never Too Late – especially Baby Boomers who may be able to connect with the storyline. It will give you a few laughs, you might shed a few tears – but, perhaps most importantly, it will certainly give you a bit of light relief from the chaos that Covid-19 has brought to everyone’s lives.

“I think it’s a really good movie for the time,” Roy adds. “It’s a nice feel good movie, set around older people. I hope people will go along, relax and have a bit of a laugh.”

While producer Anthony Ginnane adds: “In the vein of Marigold Hotel, Never Too Late is a feel good charmer and we are confident audiences will love the antics of our heroes and the warmth of the late-in-life love story so delightfully by our fabulous cast.”

You can watch Never Too Late in cinemas across the country from October 22.

Do you have any dreams you still hope to fulfil? Do you plan to see the movie Never Too Late?