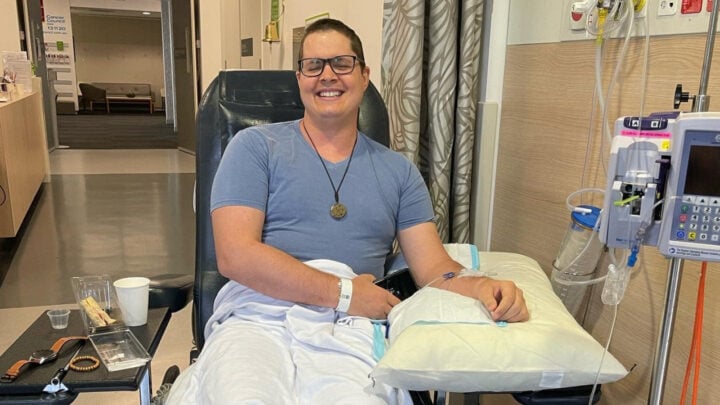 Former Home and Away star Johnny Ruffo has confessed he has one major fear about dying, as he continues to fight terminal brain cancer.

The 34-year-old has outlived the original three-year life expectancy he was given and has been battling cancer for five years now.

Despite embracing his terminal diagnosis, the beloved Australian said his fears are for his loved ones, worried by the thought that they won’t be given the chance to “say goodbye”.

Ruffo said he hadn’t given up hope and will continue to fight cancer as he faces another round of chemotherapy.

“I’m still doing treatment. Wednesday this week I’m doing my next round of chemo.”

Ruffo attributed his will to fight to his girlfriend, Tahnee Sims, labelling her his “guardian angel”.

“She is living with it as much as I am. She is here with me every step of the way. I’m so very grateful to have her by my side, I don’t know what I would do without her. I genuinely don’t — she’s my guardian angel,” he said.

In a recent interview with The Project, Ruffo admitted that he worries about what will happen to Sims when he inevitably dies.

“What plays in my head a lot is, I hate to say this, how hard it may be for her if something does happen to me,’” Ruffo said.

“You can only imagine how difficult it’s been for her.

“So, it’s something that I don’t want to think about. It just gets me a little bit emotional about it because I know at some point something will happen, whether it’s, you know, a month from now or 10 years from now or 20 years.

“At some point, it will get me but I’m still fighting. Still kicking on…I’m already winning. My goal now is to try and help as many people as I can and also live a happy life.”

The love certainly flows both ways, as Sims paid tribute to her doting boyfriend on social media following the release of his book No Finish Line.

“Proud of you everyday, but watching you smash yet another goal whilst dealing with everything you have been dealt is inspiring beyond words. You are one of a kind,” she said.