‘I just can’t do it anymore’: Judith Lucy shocks fans with latest announcement 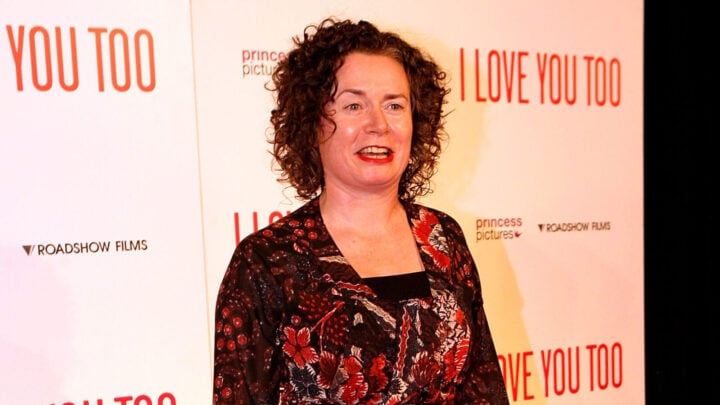 Fans were quick to thank the comedy stalwart for all the laughs she provided over the years while wishing her all the best in whatever she pursues next. Source: Getty Images.

In what will surely come as a major blow to Australian comedy, beloved stand up comedian Judith Lucy has announced she is retiring.

Lucy, 54, is a familiar figure of the Australian comedy scene, having an enjoyed a career in stand up for over 30 years.

Although she has enjoyed considerable success in her chosen profession, Lucy admitted in a piece for the ABC that she realised she “wasn’t very happy” and that she wanted to “switch things up”.

“I’m done. I’m saying goodbye to something that has defined me more than anything else — stand-up comedy,” she said.

“For some people that’s more likely to be their marriage or their children. Possibly the main reason I don’t have those things is because of the job I’m now leaving.

“So why have I decided to stop touring?

“Like a lot of people during lockdown, I looked at my life and realised I wasn’t very happy.

“I came to understand that the angst I was experiencing due to the pandemic was not that different to how I felt most of the time.

“For years I’d beaten myself up about the habits I’d used to numb myself, whether it was drinking, smoking, dope or watching hours of mindless TV.

“But I’d never asked myself why I did those things.

“The answer was to cope with the anxiety of my job. I could turn off for a few hours and then get up and do it all again.

“I came to view living like this as normal.

“It took being locked in my own home alone for months — going completely crazy — to understand that I was never going to be able to stop the ‘how’ without stopping the ‘why’.

“I’m not responsible for anything other than making people laugh. No one has been holding a gun to my head. But it’s taken me nearly 35 years to realise that I can just … stop.

“I can try living differently.”

Although she’s planning to hang up her microphone and step away from the stage, Lucy no doubt delighted fan by teasing what she will be doing next, hinting that she will still be involved in performing.

“I still plan to write and perform. I don’t want to divorce my audience; I just want to switch things up,” Lucy said.

“I don’t know how it will look yet, but I know it won’t involve me dying to get to the end of something, or doing whatever it takes to turn off.”

Following Lucy’s announcement, fans were quick to thank the comedy stalwart for all the laughs she provided over the years while wishing her all the best in whatever she pursues next.

“Thankyou for everything you have given us as an audience. You are a big part of the reason I made decisions to look after myself and I am so glad you are doing this for yourself!”

“Smart move. I’d suggest a complete withdrawal from being a public figure. It’ll do your head wonders. Perhaps just become a regular person with a garden like Natalie Merchant did. She found true happiness away from the public gaze.”

“Look forward to seeing what you do next. Thanks for your so many giggles!”

“Thank you for the laughs over the years Judith. Fond memories of yourself and Helen Razer on the J’s back in the day, take care x.”

Lucy’s stand up comedy career began after she moved to Melbourne at age 20 where she quickly found success with a number of one woman shows.

In 1998, Lucy received an ARIA award for her comedy album King of the Road.

She has also made several television appearances for The Mick Molloy Show, Rove, Saturday Night Rove, Studio 10, The Project and Hughesy, We Have a Problem and has starred in the feature films Crackerjack in 2002 Bad Eggs in 2003.

Lucy has also enjoyed career success in radio, co-hosting such show as The Ladies Lounge, The Friday Shout, The Judith Lucy Show, and The Arvo.