‘Gotta keep the dream alive’: Dolly Parton has no intention of retiring from her music career 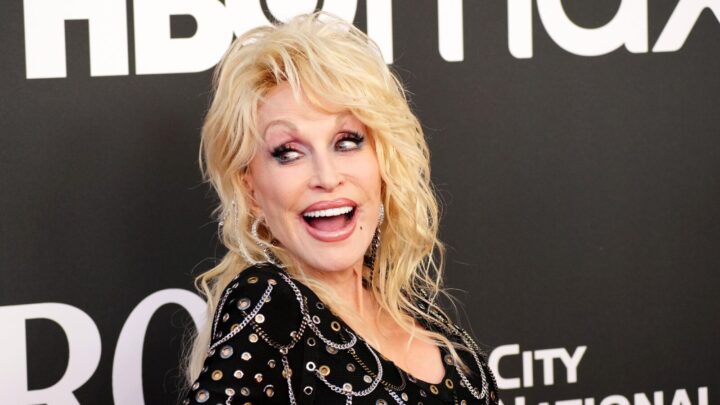 Dolly Parton is showing no signs of slowing down as she continues to grow her country music empire. Source: Getty

Although country music queen Dolly Parton turns 77 this week, the singer has made it clear she has no plans of putting her guitar down any time soon.

Speaking to Us Weekly, Parton admitted she was too much of a workaholic to want to wrap up her career.

“I don’t think I could retire if I wanted to. Cause I’ve dreamed myself into a corner, as I say. Cause all these wonderful things keep happening and you gotta keep the dream alive,” she said.

“Since I love to work, I always say I’ll just work. ‘I’m gonna make hay while the sun shines,’ is the old saying. So, I’m gonna do that until I can’t do it anymore.”

With a music career spanning over fifty years in which she has sold more than 100 million records worldwide, time and time again Parton has shown that she has no intention of slowing down.

In November last year, she was granted one of music’s most prestigious honours – being inducted into the Rock and Roll Hall of Fame.

Months before that, Parton published her novel Run, Rose, Run which she co-wrote with thriller-mystery author James Patterson, released several new songs, and even launched her line of cake mixes.

But despite the long days, Parton said it would be irresponsible if she stopped working.

“I’ve got too many irons in the fire,” she told Country Music Television.

“I’ve always said I’ve dreamed myself into a corner. I wanted all my dreams to come true, and then they did. But, I still love what I do. I’ll always be doing this unless my health (fails) or something bad happens to my husband. That would be the only way I would ever retire.”

This isn’t the first time the music legend told the public she never wants to take time off.

Back in 2017, Parton told The Sun she would only wrap up her music career if something happened to her husband, Carl Dean.

“I never want to retire . . . only if I was sick or my husband was sick and I needed to take care of him,” she said.

“I just love what I do, love who I am and I love the things that I’m able to accomplish

“I just hope my health holds up so I can carry on.”

However, in October 2022, Parton did leave fans in a state of shock after announcing her plans to take a step back from doing live performances.

Speaking to  Pollstar Magazine, the 9 to 5 hitmaker explained that she would like to spend more time with her husband, rather than spend so many days on the road.

“We’re getting older now, and I don’t want to be gone for four or five weeks at a time,” Parton said.

“Something could happen. I would not feel right about that, if I were gone and somebody needed me. Or I would feel bad if I had to leave a tour if somebody got sick at home and needed me and then I had to walk out on the fans.”

Parton did reassure fans though that she still plans on performing live, saying she would be open to doing “a long weekend of shows, or just a few shows at a festival”.

As the road to retirement isn’t a path Parton plans on taking, she is currently keeping herself busy with numerous projects, like the movie adaptation of her novel where she will be making her first first-ever major movie debut in over a decade.