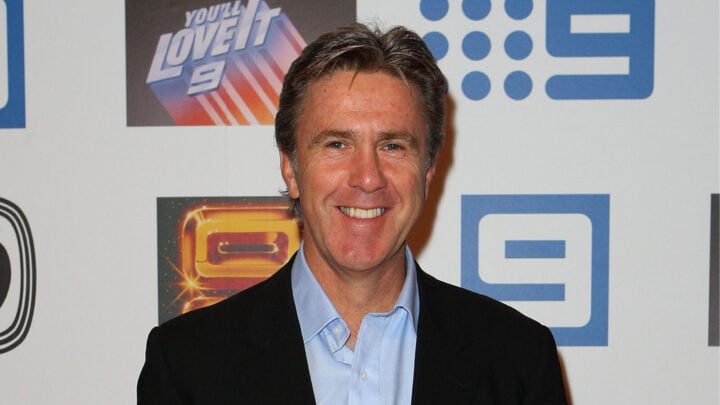 Glenn Robbins had a very close encounter with death when he was filming a stunt in a airplane. Source: Getty

Aussie actor Glenn Robbins, known famously for his role in the sitcom Kath & Kim, has revealed his close encounter with death and how something so simple could have lost him his life.

The 62-year-old, who portrayed Kel Knight in Australian comedy Kath & Kim, also spent time on other programs, including Tonight Live with Steve Vizard. But, it was this show that almost led to his death and now many years later Robbins has opened up about that terrifying moment.

Speaking to news.com.au, the actor said he used to do segments where he’d “do s**t” and on one occasion they were doing a show from Blenheim Place in the United Kingdom where he was up in an ultralight plane. Robbins was in one plane with a pilot and a cameraman was in another next to them.

“The joke I was doing was where Steve (Vizard) would ask, ‘where are you?’ I’d pull out a map and the joke was going to be that the map blew out of my hands and I’d say, ‘well, I don’t know where I am now!'”

But, Robbins said after he had made the joke during the prerecorded segment, the pilot turned to him and said they had to do an emergency landing. The actor thought the map had perhaps blown into the blade and was at risk of interfering with the engine, but after they hit the ground he realised something else occurred.

“He (the pilot) turns around and goes, ‘um, this is what it was’. It was a scarf that I had had around my neck,” Robbins told news.com.au. “It was so stupid of me to wear a scarf. I don’t think there was any protection between me and the propellor, so the scarf unfurled very slowly and went into the propeller and then we went down.”

The actor added: “If the propeller had taken the other end of the scarf, it just would have knotted and snapped my neck!”

Thankfully, Robbins was okay, but everyone watching the segment back at home in Australia, including his friends and family, saw the crash and were unaware of his condition.

“All my friends and family were thinking I was dead!” Robbins told news.com.au.

Robbins hasn’t been since on television much since the 1990s but he has been working on a different project recently. The actor is a co-host of the Somehow Related podcast which Dave O’Neil. In the podcast the comedians are given two topics to discuss and work out how they are related in some way.

Do you remember watching Glenn Robbins on TV?