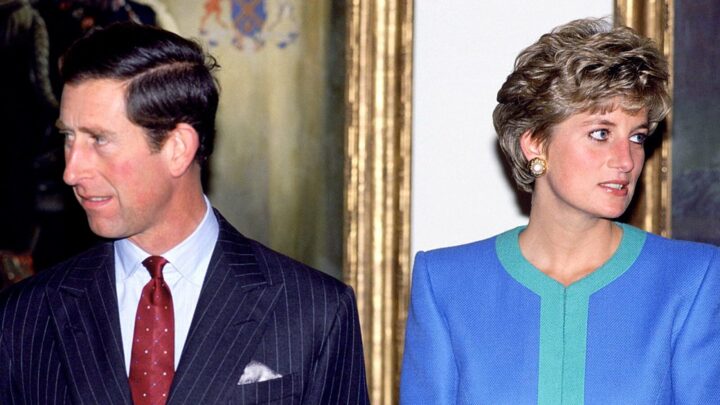 'The Crown' season 5 is set to depict the strained relationship between the then Princes Charles and the late Princess Diana. Source: Getty

It appears that fans of the hit Netflix series The Crown aren’t the only ones anxiously waiting for the premiere of the show’s fifth season, as Buckingham Palace has reportedly made an effort to shield King Charles III’s reputation from the show’s dramatisation of his marriage to the late Princess Diana.

In the recently released trailer for the highly anticipated fifth season, Netflix has hinted that the sour and scandalous divorce of the then Prince and Princess of Wales, will be the main storyline for the 10-part series.

The short clip shows Charles, Dominic West, and Diana, Elizabeth Debicki, both preparing for their bombshell TV interviews on their marriage, with a fictionalised TV reporter’s voice in the background labelling their actions as an “all-out war”.

And here it is, the first look at season five of @netflix’s #TheCrown, which will be told across 10 episodes: pic.twitter.com/DWziDf90UN

A senior source of Buckingham Palace has told the British newspaper Telegraph that the Palace has started to prepare for any damage The Crown season 5 might do to the monarch’s image affirming to the publication that the show is a “drama, not a documentary.”

The fifth season of the show is scheduled to air on November 9, just two months into Charles’ reign, with the new season no doubt serving as a painful reminder to the world of Charles’ dark past and when he was once the most disliked member of the Royal Family.

A few concerns raised by the Palace are how The Crown will re-frame the sensational tell-all Panorama interview that Diana gave to Martin Bashir in November 1995; obtained under what has now been denounced as “deceitful” circumstances, and Charles’ own interview with Jonathan Dimbleby where he admitted to committing adultery with the then Camilla Parker-Bowles.

Since the introduction of his character in season three, critics have previously accused the streaming giants of its “distorted and at times downright inaccurate” portrayal of his relationship with Diana.

A close friend of the King’s had told the publication that the drama series was “exploitative” and that Netflix had “no qualms about mangling people’s reputations.”

“What people forget is that there are real human beings and real lives at the heart of this,” the source said.

Charles himself has even insisted he is “nowhere near” his portrayal on the popular show and even his wife, Queen Consort Camilla, has tried to make a joke of her character after having met her fictional counterpart, Emerald Fennell, during a reception for International Women’s Day at Clarence House.

“For me, it’s very reassuring to know that if I should fall off my perch at any moment, my fictional alter ego is here to take over,” Camilla had said at the time.

Camilla, however, has already started to become a victim of online abuse following the release of The Crown season four, as the show’s latest season has created a new wave of hatred towards the couple from an entirely new generation of Princess Diana fans.

The backlash from pro-Diana fans was so intense that Charles and Camilla were forced to turn off the comment sections on their joint social media accounts.

Close friends of the Royal Family are also sitting anxiously for the upcoming fifth season with some seeking out legal advice after expressing their concern about their portrayal.

Late last year, the unnamed parties had gone to the late Queen’s favoured law firms, Farrer & Co and Harbottle & Lewis, and were informed that they are entitled to sue the makers of the show should they suggest anything defamatory of their character.

Although this was not direct legal advice given to Charles and his family, it has opened up the floor for members of the Royal Family to also seek damages over how they are depicted on screen.

A spokesperson for Netflix has also told the Telegraph that because season five was finished prior to the Queen’s death, no changes had been made.

The UK government has demanded Netflix add a disclaimer clearly stating that the show is fiction, but the streaming service is still yet to do so.

However, defamation experts have said His Royal Highness and top legal experts will continue to keep an eye out for anything that could cause serious harm or damage to the King’s reputation, whether Netflix chooses to acknowledge it is fictional drama or not.