Talk of a bank ‘bail-in’: A real risk or complete rubbish? 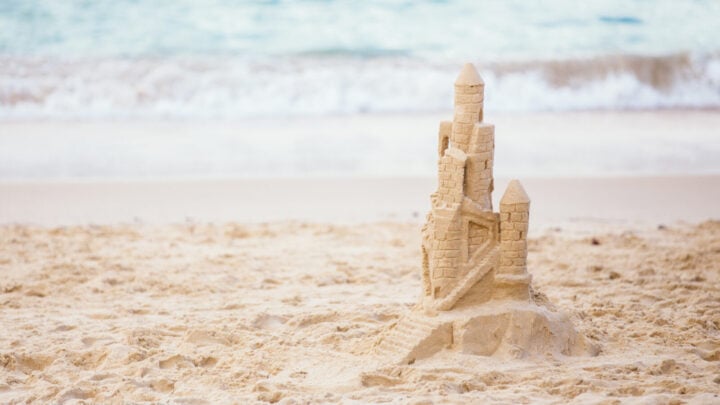 If a wave of financial crisis were to topple the banking system, it's possible institutions could fall back on bank deposits to survive and help rebuild. Source: Getty.

If you need a very low-risk place to keep your money, where else would you turn but to a bank? Some Aussies are questioning that assumption, however, thanks to what they say is an ambiguity in banking legislation that could see depositors forced to prop up the banks in a financial crisis.

The issue centres around the Financial Sector Legislation Amendment (Crisis Resolution Powers and Other Measures) Bill 2017, which was passed in 2018 and amended the Banking Act 1959 to give the Australian Prudential Regulation Authority (Apra) greater powers to manage threats to a bank’s, or multiple banks’, solvency in a financial crisis.

Doing so could relieve the government of the time from having to ‘bail out’ the country’s banks, as occurred around the world during the Global Financial Crisis – at the cost to those investors. Such a move is called a ‘bail-in’ and, theoretically, could be less problematic than a taxpayer-funded bailout because the unsecured creditors were aware that they had purchased high-interest, and thus high-risk, security and so were cognisant of possibility their investment could be lost in certain circumstances

But some critics, led by a small political party called the Citizens Electoral Council (CEC) and One Nation Senator Malcolm Roberts, claim that the wording of the 2018 amendment could be interpreted to mean that banks could also be permitted by Apra to confiscate accountholders’ deposits and turn that money into shares in the bank itself, then use the depositors’ cash to prop up the bank.

As such, people who put their money into a bank account to keep it safe could instead find their cash replaced with shares in a financially troubled bank – theoretically, a far more problematic proposition.

While such a scenario may sound unlikely, a version of such a bail-in actually occurred in Cyprus in 2013, when the Cypriot banks imposed a ‘bank deposit levy’ on all deposits of more than €100,000, effectively confiscating accountholders’ cash to prop up banks that were cash-strapped  due to having purchased the type of bad debts caused the GFC. The move caused riots in Cyrus, as accountholders vented their fury at the loss of their savings.

What’s going on with bail-in legislation in Australia?

Worried by what he says is a potential threat to depositors, in February Malcom Roberts introduced the Banking Amendment (Deposits) Bill 2020, which suggests another amendment to the Banking Act 1959 to ensure Apra categorically cannot order a bail-in using depositors’ money.

“Under current legislation a collapsing bank can take the savings of everyday Australians to stay afloat, leaving customers with potentially worthless shares,” Roberts said at the time of launching his bill. “Having read the legislation closely we believe that the 2018 bill has been cleverly crafted to allow scope for bail-in of retail and deposit accounts, even when they said it didn’t. My bill makes it absolutely clear that banks are not allowed to take money from deposit accounts in a bank bail-in.”

Roberts’ bill was referred to the Senate Economics Legislation Committee in June, which called for submissions from interested parties. The committee received around 200 submissions before the opportunity to comment closed on July 10, mostly from self-funded retirees and older Australians concerned about the large sums they have in accounts that they had thought were untouchable.

The senate committee is due to report its findings on Roberts’ bill on August 10.

What do the banks and regulators say about a bail-in?

Accountholders are protected under the Federal Government’s Financial Claim Scheme (FCS), under which any money held with an authorised deposit-taking institution (which includes most Australian banks) is guaranteed up to the sum of $250,000 per institution (not per account).

The Treasury and the Australian Banking Association (ABA) strongly disagree with the CEC’s and Roberts’ argument that the 2017 legislation is ambiguous. In its submission to the Senate committee, the Treasury noted that there were two explicit legislative provisions in the Banking Act that protecting deposits – one being the FCS and the other being the Banking Act 1959 itself, which the Treasury explains sets out that ‘protected accounts’ include ‘deposit accounts’ in the event of a threat to a bank’s solvency.

In its submission, the ABA points out that if Apra did indeed permit a bank to ‘bail in’ using customers’ cash, the move would trigger a wider run on banks that would threaten, rather than stabilise, the Australian financial system – and as such is not a move the regulator would make.

“Any bail in of deposits would also conflict with APRA’s objectives of ensuring financial stability and protecting the interests of depositors and policyholders,” the ABA says, adding that the hybrid securities that Apra could, under the legislation, allow the banks to convert to shares or write off in certain circumstances already have wording in their contracts that let investors know that is a possibility.

What do the experts say about a bail-in?

Financial guru Noel Whittaker calls worries about a depositors’ bail-in “just some scaremongering” and not something banking regulators would ever allow to occur, simply due to the far-reaching impact it would have on Australians.

“The four banks make up nearly 40 per cent of the Australian stock-market,” he adds, referring to ANZ, Westpac, CommonwealthBank of Australia and National Australia Bank. “For them to reach a situation where they could not pay back their depositors – their share value would become worthless. It would be the biggest catastrophe in Australia’s history. It’s typical of so many people that they worry about things which won’t happen, and ignore things which are much more likely.”

Paul Rickard, writing for the SwitzerDaily financial report, also dismisses talk of accountholders’ money being confiscated as a “conspiracy theory” that ignores the history of banking regulation in Australia.

“No bank in Australia has failed in Australia since the great depression. Depositors monies haven’t been touched,” Rickard writes. “That’s not to say that banks haven’t been in trouble and almost collapsed. In fact, many have – but in each case, they have been “rescued” by another, stronger bank. And this hasn’t been by accident – it has been arranged … In each case, these were banks in trouble. The regulator (then the RBA) worked with the Government to arrange for a stronger bank to ‘bail-out’ the failing bank and protect depositors’ monies. There was no ‘bail-in’. That’s how banking is conducted in Australia.”

Do you think they should amend the law to get rid of the bail-in? Do you think it doesn't matter if it stays?