Average Aussie has around $4k worth of unwanted items lying around: Report 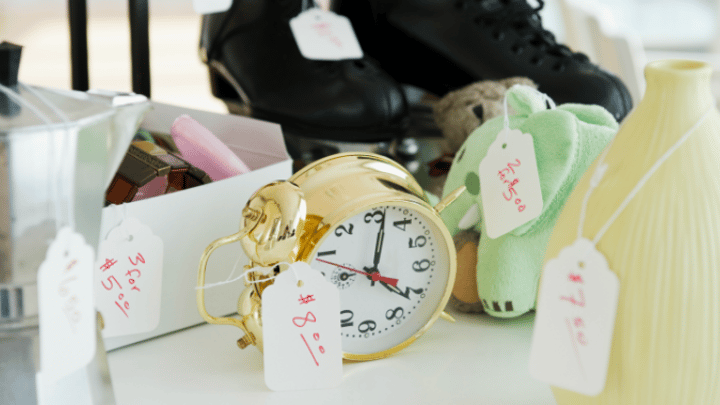 Aussies hold on to more unwanted items than any other country. Source: Getty.

If you’re short of cash then maybe take a look around your home, as a new report has revealed that an overwhelming majority of Australians could make thousands of dollars each, just by selling some of their stuff.

Gumtree’s Second Hand Economy report revealed that a whopping 89 per cent of Aussies could rake in upwards of $4,200 each, if they parted ways with some of their unwanted belongings.

The research, carried out by the online marketplace, showed that the average person in Australia has approximately 25 items that they no longer need or have never used just lying around the house. While one quarter of Aussies actually reported having more than 40 useless items stored at home.

It also revealed the most common unwanted items with clothes topping the list with 65 per cent. Books and DVDs were also largely disregarded, with 57 per cent and 54 per cent respectively, while games, toys and outdated electronic goods also made the list.

Australians are storing up to $4,200 worth of unwanted goods, a new report by Gumtree has said! #sun7 pic.twitter.com/Ah2KRBLu3w

However the report revealed that not all Aussies are savvy when it comes to making money out of unwanted goods, with half of those asked revealing they throw preloved items in the bin rather than selling them or donating them to charity.

The figures were also broken down by generation, with baby boomers hoarding more unwanted goods than millennials on average, with 28 items compared to 22.

However the findings claimed that baby boomers tended to have less valuable belongings lying around, with their estimated potential earnings coming in at $2,730 compared to a possible $5,040 for those born between 1981 and 1996.

Money expert Canna Campbell said: “The money you make from selling your unwanted items can go towards creating financial freedom for yourself.”

The data also revealed that internationally Australians are perhaps sitting on the biggest windfall, owning more unwanted items than any other country. While Mexicans were found to have the fewest pointless belongings.

What do you think about this story? Are you guilty of holding on to unwanted items, even if you don’t use them?