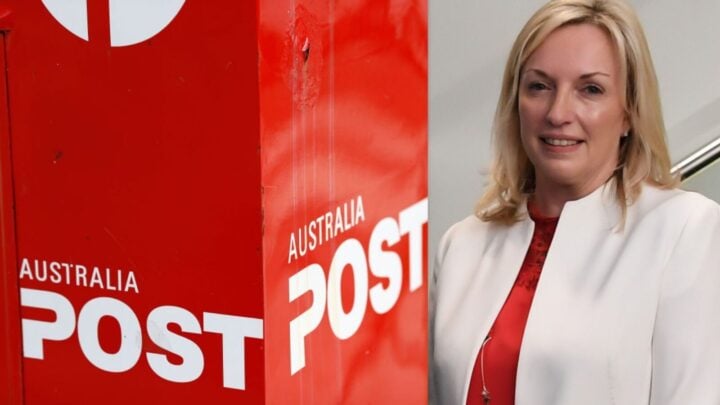 Holgate said it was with "great sadness" that she announced her resignation. Source: Getty.

Disgraced Australia Post CEO Christine Holgate has resigned from her position just weeks after it was revealed the head of the government-run organisation approved a $20,000 payment for Cartier watches to be gifted to four senior executives.

Holgate announced her decision to quit as chief executive and managing director of Australia Post on Monday, effective immediately, adding that she was not seeking any financial compensation. The Australian reported that it is still unclear what the cost of dismissing Holgate, who’s paid $1.5 million as a part of her base annual salary, will be regardless of her statement.

Holgate said it was with “great sadness” that she resigns but did it for the benefit of Australia Post and her own personal wellbeing and hopes it will allow the organisation to “fully focus on serving our customers”.

During Question Time directly following last month’s Australia Post hearing, a visibly angry Prime Minister Scott Morrison called for Holgate’s resignation saying: “We are the shareholders of Australia Post on behalf of the Australian people … and if the chief executive wished to stand aside, she has been instructed to stand aside, if she doesn’t wish to do that, she can go!”

Morrison called for a four-week investigation into the matter and asked she stand aside in the meantime. However, just last week Holgate’s lawyer said the CEO had never received a proper notification “nor has she been informed as to why she should be stood down, nor has she had any communication regarding … the investigation into Australia Post from either the board or the government.”

“Legally, in my opinion there are no grounds for Ms Holgate to be stood down, and ‘optics’ is not a legally valid defence,” Bryan Belling, of Sydney’s Kingston Reid said in a statement seen by The Australian.

Since the revelation, there have been concerns that Australia Post needs to tighten its budget after it was revealed the organisation has spent more than $800,000 on indoor plants over the past two years to date. Holgate also came under fire for having the postal service pay for her $34,500 nine-month-long stay in a suit at the Grand Hyatt in Melbourne where Australia Post’s headquarters are located.

While Communications Minister Paul Fletcher echoed the Prime Minister in saying he was “shocked and concerned” by the revelations, executive director of the Licensed Post Office Group Angela Cramp lobbied in support of Holgate, endorsing her for her commitment to growing the business and supporting essential reform.

“Christine Holgate is a unique leader that has breathed life back into Australia Post, and has brought her experience and expertise to this business to provide Australia with a viable, fit for purpose postal service,” she said. “She is dedicated, dynamic and determined that this business can grow.”

Do you think Holgate should have resigned?