‘Til debt do us part: What to do if you’re stuck with your ex-partner’s debts 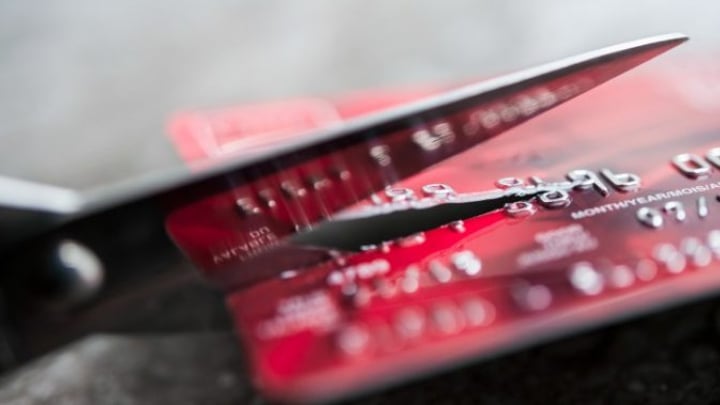 Prevention is better than the cure when it comes to heading off post-separation debt problems, and your bank can help with that.

Marriage is a partnership, right? You build a life together, raise a family, buy a home, pay off a mortgage, then retire happily ever after.

You might have a credit card or a personal loan, but both of you know about it. After all, there aren’t any secrets in a long-term relationship.

Sadly, that isn’t always the case; sometimes people keep secrets from their partner. One of those secrets can be about debt – money that’s been borrowed without the other party knowing about it. It might be to fund a gambling problem or just unrestrained spending, but whatever the reason, those debts are often not discovered until a couple separate.

So, if you’re experiencing a relationship breakdown and you’ve belatedly learned that your partner has been racking up debts, perhaps in your joint names, what are your options? We spoke to legal and financial experts to find the answers.

Who owns the debt?

As a general rule, debts incurred during the marriage become a liability in the matrimonial pool of assets because it’s assumed that both parties benefited from the debt (or at least knew about it). That means, for example, that if the family home is worth $500,000 with a $200,000 mortgage, the asset pool would be $300,000.

When one member of the couple doesn’t know about the debt, even if it has been taken out in their name or secured on a joint asset, the situation is more complex.

Carly Middleton, an accredited family law specialist and partner at law firm Barkus Doolan, says that in this case, the person unaware of the debt can mount a legal argument in the Family Court that the debt shouldn’t be included in the matrimonial pool of assets, but instead be the sole responsibility of the borrower.

If you’re in this situation, it’s advisable to seek help from a family lawyer because mounting this argument may be difficult for you to do alone.

Even if you were aware of debts incurred by your spouse during your marriage, It’s not uncommon when a relationship breaks down for one of the people involved to go on a spending binge, often funded by joint credit cards or loan accounts.

Although the Family Court will take into account the time period in which those debts were incurred and may eventually decide you’re not liable for them, prevention is better than cure.

Middleton says one particular problem of this sort can occur where the family home is owned in the name of one of person, who can then borrow against the property or even sell it without their partner’s consent. Middleton notes that this is especially important if there’s an offset facility or drawdown account attached to the mortgage.

“It’s really important to act quickly when you separate and put restraints on drawing down on mortgage accounts,” she says. “One of the things you should do is put in place a regime where neither party can draw down on that mortgage or offset account without the consent of the other party.”

Rachael Scharrer, founder of Divorce Answered, the online home for divorce-related information and resources, agrees that ensuring such agreements are in place is key, even if your split is amicable. That’s because the truce doesn’t always last.

“Something will happen at some point, and someone will get upset, for example, one party entering into a new relationship,” she says. “While you don’t have to come to an agreement immediately, you do have to protect your assets so you both decide how its split. Until there’s a fair agreement between both parties, you need to ensure those funds stay where they’re meant to be.”

To do this, Scharrer recommends telling your bank about your situation so it can ensure you’re a signatory on all joint accounts. It’s a good idea to cancel joint credit cards at the same time, she adds.

When it’s OK to use joint assets

Middleton says one situation in which it’s justifiable to tap into jointly-held resources is where domestic violence is involved.

“If there’s an offset account with funds available and you’re in a violent relationship or things could be difficult, you’re legally entitled to take that money to rehouse yourself,” the lawyer explains.

“Obviously, with that comes other practical problems, such as that money might be there to meet mortgage payments or meet the costs of other expenses for the family, so it depends on each individual case.”

If you are experiencing family violence, White Ribbon Australia provides links to a wide range of support services across Australia. Your bank will also have a domestic violence program to help keep you (and your finances) safe.

For example, The bank also offers the ability to protect the details of your location from your former partner, change or remove your ex-partner’s access to your online accounts, vary your loan repayments while you reorganise your finances and put you in touch with other supportive organisations.

What if I’m being chased by a debt collector?

If your former partner refuses to keep up their repayments on a joint debt, there’s a chance the lender or its debt collection agency will come after you for the money. That’s because while a court might eventually decide you’re not responsible for the debt, Middleton says you’ll be waiting a long time for that to happen.

“The only option if you can’t get an agreement to meet those liabilities is to make application to the court for orders that those payments be made,” she explains. “But if you’re waiting for a court determination, you’ll be waiting three years for a decision,  possibly even longer.”

A better option is mediation or arbitration, which can result in a settlement being reached in months, rather than years.

“It can resolve property issues relatively quickly by using a family lawyer who’s been trained as an arbitrator, and it’s done at a modest, fixed price for a fraction of what it would cost to go to court,” Middleton says.

If you are being chased for joint debts, it’s important to stay in communication with the lender and keep records of payments you’ve made. “If you’re not able to make payments, see what terms you might be able to negotiate,” Middleton suggests.

The Australian Securities and Investments Commission (ASIC) explains that in general, you’re not legally responsible for paying another person’s debt, even if that person is your spouse or partner, unless you’ve agreed to be a co-borrower or guarantor in their loan.

If you feel that you were pressured or frightened by your ex-partner into becoming a co-borrower or guarantor, or honestly didn’t understand the commitment you were making to repay the debt, ASIC advises contacting the National Debt Helpline on 1800 007 007 for advice.

If you suspect that your identity was used fraudulently by your former partner to incur debts in your name, you can get a personal credit report from Equifax, Check Your Credit or the . This report will show you if anyone is using your identity to borrow money or incur debts.

If it appears that this has occurred, contact the lender involved immediately, as well as informing your lawyer so that the issue can be considered within your settlement agreement.

There are also steps you can take immediately if you’re being pursued by a debt collection agency for a debt you don’t believe you owe. The Australian Competition and Consumer Commission sets out how you can keep collections agencies from your door while you dispute the debt.

If you’ve got a family law specialist helping guide you through the process, they’ll be focused on getting the best possible outcome for you.

So, even if you’re feeling overwhelmed and struggling with debts that you don’t think belong to you, remember that you’ve got people on your side and resources available, whether it’s through counselling, help with budgeting or debt management.

If you’ve got a mortgage or bank loan, stay in touch with your bank so it can help you develop a strategy to keep your finances under control until you finalise a property settlement, and get started on the rest of your life!

Have you had to deal with debts incurred by a partner? How would you advise others in the same situation?

Leaving a partner can be complex. Help in a separation starts with guidance to safeguard your money, winding down joint finances and ultimately regaining your independence.