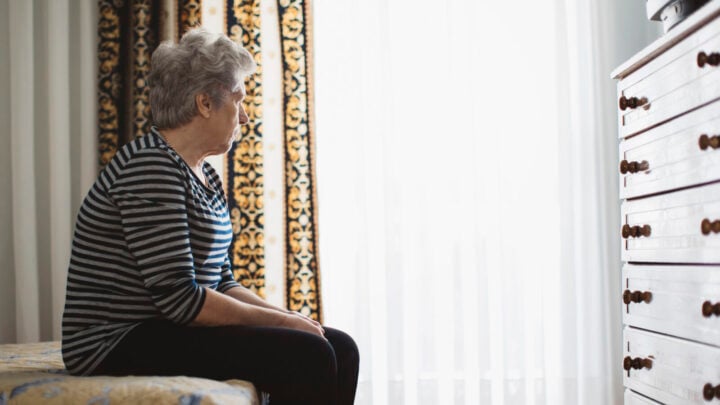 Elder Abuse is a sad, frightening and cowardly crime that takes advantage of our older generations in ways many of us simply don’t want to think about.  But today, on World Elder Abuse Prevention Day we need to talk about it.

Nearly 50 per cent of Starts at 60 community members surveyed this week say they’ve come in contact with elder abuse in their own community or families. Elder abuse is a dastardly crime, often pre-meditated to take advantage of our society’s most vulnerable.  And it’s really poorly understood.

“Given elder abuse in Australia impacts 600,000 older people each year, the whole of Australian society needs to do more now to eliminate this appalling abuse from our communities,” said Elder Abuse Association of Australia Co-Chair, Russell Westacott. ”

“It is truly everybody’s business to look out for the older people in our lives,” he said.

There are four types of elder abuse we need to understand and be able to identify. Not all of them are something that is easy to recognise.

And, sadly, when a loved one is being abused they are often more distanced and warier of those around them, making it harder to identify and help with.

Elder neglect is really sad! We often see it when a family member or caregiver fails to protect an older person from harm – causing them serious illness or injuries.  Neglect, whether it be in a home setting or in aged care facilities usually show an intentional lack of regard for an older person’s needs – both physical and mental. You see it in people through signs of:

Unfortunately, neglect is something that the Royal Commission into Aged Care is striving to overcome and there is a particularly high risk in aged care facilities that are understaffed.

Then you have elder self-neglect which is often derived from a fear of being placed into a facility and happens when an older person can no longer look after their basic needs.  Look out for the signs which are commonly seen as:

Elder financial abuse is a particularly gutless crime, where younger people — typically the family of the victim — prey on the fragility and emotions of an older family member to extract money or some other financial benefit. Houses are sold, bank accounts stripped bare and prized possessions taken, all with some perverted justification that the older family member doesn’t really need the assets, or that junior should be allowed to receive their inheritance early, before mum or dad pass away.

Of course, sometimes you will need someone to help you as you age, and we’re not saying that all of these arrangements are bad. But look for those warning signs mentioned above and consider putting an enduring power of attorney in place that can bring in a deeply trusted person (that can be from within or outside your family) who can supervise financial decisions when you can no longer do so.

Elder emotional and psychological abuse can be particularly traumatising for both the older person and their loved ones when they realise it has been occurring.  It takes many forms, but most commonly includes older people being called names, being distressed with threats and even being cut off from their loved ones or those who would put an end to the trauma if they saw evidence of it.  Elder emotional abuse is intentional.

Common signs to look for when someone is being abused emotionally are that:

Elder physical abuse and sexual abuse are abhorrent and more common than you might think.

Physical abuse usually results in the visible marking of the body, from the deliberate use of force and can be identified with signs like:

And you can also see evidence of it when a person is frequently hospitalised for the same issues, or there is a poor explanation from the older person’s carer for why an injury exists.

How do you take action if you think someone is facing elder abuse?

A lot of us think we’d recognise elder abuse if a family member was being affected.  But would you be strong enough to call it out in your own family or community and take a stand?

The first port of call if you think that an elderly person is being physically or financially abused is to make contact with the police. It might seem a little extreme to some, but the police will help navigate the situation and guide you on the next steps to take.  Sometimes, it will be necessary to seek support from a court or tribunal, especially in cases where it is necessary to freeze someone’s bank account, to recover the elderly person’s stolen money or property, or to have a contract reversed if an elderly person has unduly influenced.

If you are worried about financial or emotional abuse, you can make contact with dedicated resources in your state by calling 1800 ELDERHelp (1800 353 374) is a free call phone number that automatically redirects callers seeking free information and confidential advice on elder abuse with the phone service in their state or territory.