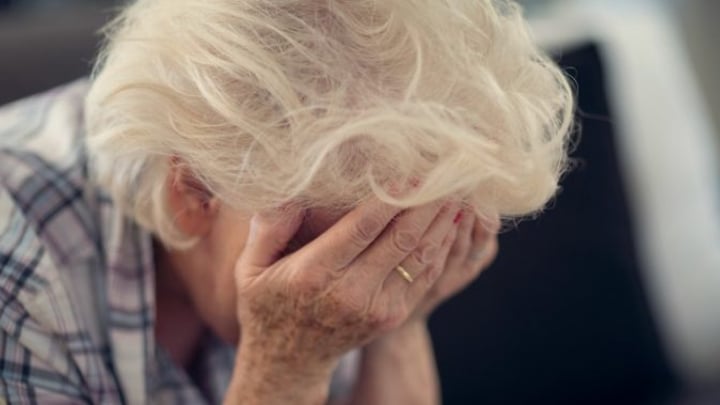 A lawyer has spoken of the increase in elder abuse and ways to help put a stop to it. Source: Getty

It could happen to your mother, father, or grandparents – there is no discrimination with elder abuse and sadly the number of cases are piling up as the years go on.

Irrespective of financial, social or religious backgrounds, elder abuse is becoming increasingly common and according to Bennett & Philp Elder Abuse Law and Litigation expert Charlie Young, the abuse is often at the hands of someone close to home.

Speaking to Starts at 60, the lawyer said that as the Baby Boomer generation ages, the “elderly” bracket of the population expands – meaning more people are at risk of falling victim to abuse. Shockingly, the threat could also be closer to home than many realise.

“Unfortunately, it is common for perpetrators of elder abuse to be close to the victim, or worse it can be caused by a trusted person,” he explained.

“I also believe the elderly have planned for their retirement better than previous generations so across the board the elderly have a higher net worth, which can make them more susceptible to exploitation.”

While there is a lack of evidence correlating the prevalence in Australia alone, the Australian Institute of Family Studies estimate between two and 5 per cent of older Australians experience elder abuse each year.

On top of the obvious physical and mental effects it causes, there are also many legal problems that can be quite overwhelming.

“Often the elderly person does not have the mental faculties to recognise, or give evidence, as to what abuse is occurring, so it can be more difficult in those situations to address the abuse,” Young explained. “Sometimes it’s unclear as to whether an elderly person has the mental faculties to be making their financial decisions, which can create an issue when others believe the person is being exploited.”

Thankfully though, Young said almost anyone, whether it be an elderly person’s relative, friend, neighbour, carer or even an old acquaintance, can take steps to stop an instance of elder abuse with proper legal guidance.

“The types of elder abuse are far and wide. As to what can be done about it, time limits can apply so it is important to obtain professional legal advice at the earliest opportunity,” he explained.

“In times where it might feel like there is no one who can help you or the person you know is suffering, it’s important to remember that there are qualified professionals ready to help you get through the situation, no matter how small or big it might be.”

The lawyer first advised people to contact the police if the elderly person has been, or may be, physically harmed. And as all cases are different, it’s important to speak to the elderly person and find out the extent of the abuse and if any of their assets have been stolen.

While it may seem a bit extreme to some, Young added that seeking assistance from a court or tribunal is always worthwhile.

“In some circumstances, proceedings need to be initiated in a court or tribunal depending on what the abuse is. For example, those proceedings may be to freeze someone’s bank account, to recover the elderly person’s stolen money or property, to have a contract reversed if an elderly person has unduly influenced,” he said.

And lastly, Young urged people to not make the mistake and think it’s too late when their loved one is gone.

“What many people don’t realise is that steps can even be taken to rectify instances of elder abuse discovered after the elderly person passes away,” he said. “For example, it is not uncommon for family members of a deceased to find that an attorney had previously been siphoning funds from the elderly person’s bank account, or that the elderly person was unduly influenced in preparing their last Will.”

Have you, or someone close to you, been a victim of elder abuse?