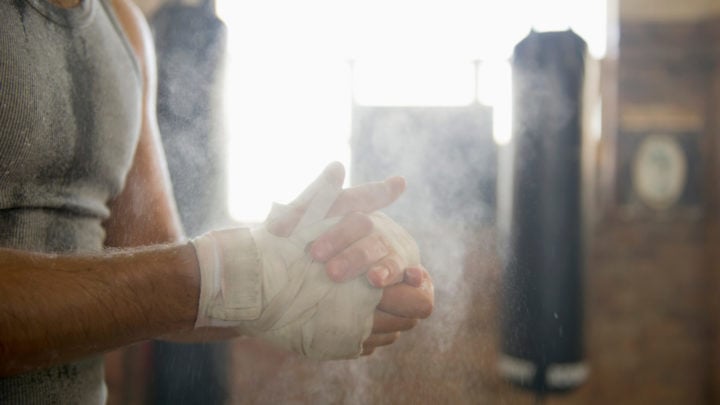 Super funds are fighting their way out of the tough financial market. Source: Getty.

Despite stockmarket turbulence hitting Aussies’ superannuation balances during the peak of Covid-19, new figures show super funds are on track to finish the financial year down – but no where near as badly in the red as was feared.

SuperRatings, one of Australia’s top super research houses, says the median balanced investment option it tracks rose 2.1 per cent in May as share prices bounced back in line with the reopening of the economy.

That means that at May 31, the median balanced option was delivering a -1.6 per cent ‘return’ for the financial year to date. If that trend continues and funds end June with a negative return, it’ll be only the fourth time funds have finished in the red since super was introduced in 1992. It’ll also be the mildest ‘loss’ year experienced in that period.

SuperRatings tracks the performance of a range of super fund investment options but commonly cites the median balanced option, which represents an average of the numerous individual balanced funds in the accumulation fund that it tracks. Equities and assets with a similar risk profile typically make up about 50 per cent of balanced funds’ investible assets, compared to 70 per cent or so in growth funds.

“Super members have benefitted from recent gains, but markets are still under pressure and remain vulnerable to negative news, including a potential second wave of Covid-19 infections,” SuperRatings executive director Kirby Rappell says.

“Funds were hit hard in February and March, and some saw that as an opportunity to raise questions about the value of super. Since then we’ve had two strong months and the critics have certainly been quieter, but we know there’s a long way to go before super balances return to a more stable footing.”

In the first five months of 2020, the median balanced option option fell an estimated 5.7 per cent, with the 12-month return just barely positive at 0.5 per cent. But the drop is far less dramatic than that experienced by the S&P/ASX 200 index that contains top Australian shares, which fell 13.9 per cent in the same five months and was down 10 per cent over the 12 months to May 31.

Meanwhile, the median pension returns have seen a similar drop with the balanced pension option down an estimated 6.1 per cent since the start of the year, growth option down 7.4 per cent and the capital stable option down 2.3 per cent.

Over the longer term, Rappell points out that funds made a strong comeback after the Global Financial Crisis and that “there’s good reason to believe they’ll do the same this time around”. Since super’s inception in 1992, the median balanced option has returned an average 7 per cent a year.

“Super members may understandably feel disillusioned after watching their balances go down through February and March,” Rappell adds. “But super is a long-term game, and members should be cognisant of the steady gains super has delivered over a long period of time and will continue to deliver into the future.”

Have you been concerned by falls in your super balance? Did that cause you to change investment options?