How an Industry SuperFund can help you weather stockmarket storms 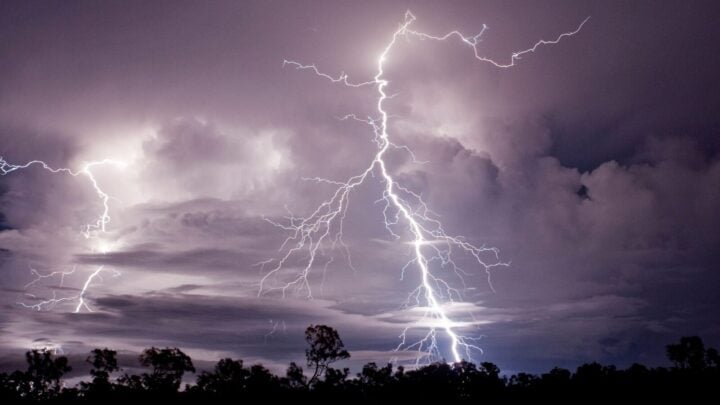 Just a year ago, Australian shares were on a roll. The All Ordinaries index, which is a measure of how the 300 largest companies listed on the Australian Securities Exchange (ASX) are performing, went up 20 per cent in 2019, and that’s before you take dividends into account.

That’s a huge return compared to what you might get from a bank account or term deposit, so it isn’t surprising that plenty of people – retirees included – decided to dabble in shares for the first time.

And, why wouldn’t you? After all, we’re told that shares always go up over the long term. Then, of course, Covid-19 struck. In a single month, the ASX lost nearly 40 per cent of its value. By October 19, though, markets had recovered to close up more than 45 per cent higher than that low point in March. That’s why stockmarkets are often compared to rollercoasters!

To some people, those numbers are just something you might see on the nightly news. But think about how you’d feel if you’d put your hard-earned cash into shares, only to see your nest egg lose 40 per cent of its value in just a few weeks?

Of course, sharp falls in equities prices aren’t new. Remember the Sars panic? Brexit? The Greek debt crisis? On each of those occasions, share prices took a hit when investors panicked.

And let’s not forget the Global Financial Crisis, when Australian shares lost half their value in a few months, then took years to recover. Usually, you only hear about the share market when prices are going up or down a lot, often during times of crisis when the news is full of stories of shares soaring and crashing – over and over again.

Most of the time, though, the changes in individual share prices or entire stockmarket valuations aren’t that dramatic. One day, the market might rise 1 per cent, the next day it might fall 1 per cent. And the returns on shares have historically beaten all other types of investment, including fixed interest and property. But that can take a very long time – in some cases, decades.

There’s something else to consider, however. When investors say ‘shares always go up’, they’re talking about ‘the market’, usually something like the All Ordinaries index, which gives the average performance of hundreds of stocks. It’s usually investments in financial products that track an index’s performance that provide the best returns over a long period.

If you look at individual companies, some might go up in value hundreds of times but other companies might go bust, and investors lose all their money.

Perhaps you know someone who’s made a killing in the market. Maybe they got a hot tip from somebody working in the mines, or just got lucky. And we all know somebody who’s had a dabble in shares, lost some money, then sworn off them for life.

The fact is, most people don’t have the time or discipline to be successful stockmarket investors. We’re all human, after all, and many of us make the same mistakes, such as buying shares in a company that’s hot, then selling them when it’s not – at a loss. Or hanging onto a losing investment for years, hoping it’ll eventually climb back to the price we paid for it.

Some of us can’t tolerate the thought of our investments losing value at all. That’s why the ‘sleep test’ is important; if your investments are keeping you awake at night, they might be too risky for you.

There’s another potential problem with shares, and that’s tax. Although franking credits (you probably heard a lot about them in the lead up to the last federal election) can make dividends from shares tax-effective, there’s still capital gains tax (CGT) lurking in the background should you make a profit on the sale of your shares.

If you own shares for more than one year, then yes, there are some CGT exemptions, in that you only need to declare half the gain as income. But if you make some quick gains and then sell within a year, you’ll need to declare all of those gains to the tax man.

That’s assuming you’ve bought shares in your own name.

The advantage of owning shares through super

But Gemma Pinnell, director of strategic engagement at Industry Super Australia, says there’s a way of sidestepping those tax problems by using superannuation as the vehicle through which you own shares.

“If you have shares in your super, then the income is taxed at a maximum of 15 per cent,” she explains. “As for capital gains, shares held within super for at least 12 months are only taxed on two thirds of the gain, so there’s a maximum rate of 10 per cent.

“Plus, if you have an account-based pension, there’s no tax at all on the earnings of the fund or the regular income you draw.”

Pinnell says most people have their super in a diversified fund, which invests across cash, fixed interest, shares, property and international investments.

“This reduces risk, because you’re getting a spread of investments,” she says.

Having a diversified portfolio also cushions your savings against the impact of sharp falls in the share market of the type we saw earlier in 2020. Even though the ASX suffered one of the biggest declines in its history, Industry SuperFunds made, on average, a loss of less than 0.1 per cent in 2019/20, and over the five-year term, returns were about 6 per cent, even with the impact of Covid-19 on financial markets factored in.*

“But if you’re comfortable having a high exposure to shares, then Industry SuperFunds have got you covered,” Pinnell adds.

“All Industry SuperFunds have what’s called ‘growth’ investment options with a high proportion of shares, both Australian and international, so you can get the benefits of low fees and professional management without doing the legwork yourself,” Pinnell says. “Or if you prefer to take a more hands-on approach, you can do that as well.

“You could choose to invest in an Australian shares option, international shares option or a combination of both.”

Many Industry SuperFunds also offer a ‘member choice’ facility, where you can build your own portfolio by investing in leading ASX companies and property trusts, as well as listed investment companies (known as LICs) and exchange-traded funds (likewise, ETFs).

Pinnell cautions, though, that having such a high exposure to shares isn’t going to suit everyone, and by having only shares in your super, you’re taking on more risk than having a diversified spread of investments.

“But over the long term, shares have historically outperformed all other types of investments,” she says. “Just make sure you understand the risks involved.”

If you’re interested in taking a closer look at your investment options, including stocks, then all Industry SuperFunds have qualified advisors on hand to help you make the right choice. Those investors aren’t incentivised to recommend any particular asset or product so you can rest assured their advice is designed only to best meet the goals you identify for your investments.

You can find the full range of Industry SuperFunds here or if you’re already a member of an Industry SuperFund, you can contact your fund here to arrange a meeting with an adviser to review your investment options.

*Past performance is not a reliable indicator of future performance and should never be the sole factor considered when selecting a fund.

Grow your income in retirement with an Industry SuperFund income stream

An income stream provides regular payments during retirement while your balance remains invested. It's flexible and tax-free for retirees over 60 years of age.

Are you comfortable with the risk to your capital investing in equities entails?