Report: To rebuild, we need to take from the old and give to the young 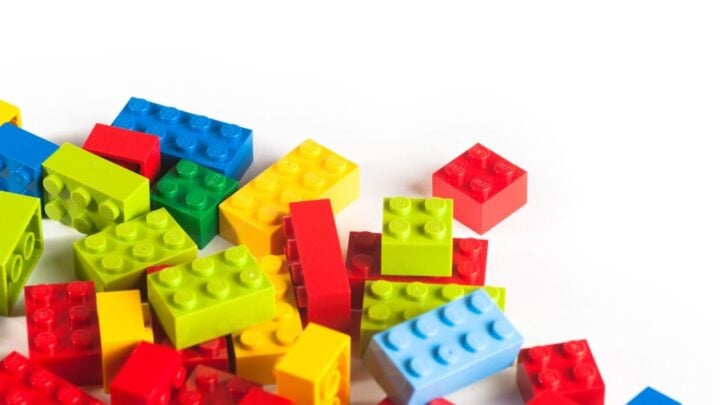 As society starts to put the pieces back together, this research paper says there might only be one solution to a functional future. Source: Getty.

A thought-provoking research paper has suggested that Baby Boomers need to redistribute their wealth – and fast – or soon face angry, young voters who force a wealth redistribution on older citizens.

The statement came from the Deutsche Bank’s most recent edition of the periodical Konzept titled ‘What we must do to rebuild’ in which experts came together to present ideas on how economies, businesses and societies should rebuild following the pandemic.

Researchers and analysts Jim Reid and Luke Templeman focused on how to rework the economy to benefit younger generations. This could be done by reducing the wealth imbalance before the power dynamic shifts in favour of the young, who could harness anger from being disadvantaged in the past and make knee-jerk reactions to the detriment of both older generations and the flow of society overall.

This could include younger generations tearing down capitalism, a structure that Reid and Templeman acknowledged was flawed but that was necessary for a functioning society. To avoid this, the paper said society needs to redistribute wealth to the young now rather than later, even if doing so means reducing the assets of the old.

According to the paper, older people need to accept the inevitable fact that they’ll soon be reliant on the “good will” of young people to see them through to their later years – but this good will currently doesn’t exist. And once young people start to take charge, older generations are going be powerless to their decisions.

But to advocate for a “fair” redistribution of wealth, Reid and Templeman acknowledged that many older people earned their money through good old-fashioned work and that these people shouldn’t be punished for putting in the effort. So instead, the experts identified five areas where older generations have gotten ahead through “mere luck of timing forces outside their control or expectations”.

The current low interest rate environment has inadvertently propped up the value of assets that older generations are more likely to own, which has some thinking that older generations are at an unfair advantage. But the paper said that regardless of whether people think older people are ahead or not, if young people can’t afford houses then it’s objectively bad for the economy.

The rapid growth of urban cities that have too many planning restrictions paired with not enough housing in rural areas to take the urban overflow has boosted the price of houses. This, in partnership with low interest rates, are why young people are finding it so hard to buy into the property market, according to the paper.

In the report, it was said that cleaning up pollution is going to have youngsters spending a pretty penny and will end up being a costly burden on their future. It also blamed this growing cost on the companies that profited off environmental pollution – the companies in which older generations have long invested in and benefited off, the report said.

With Baby Boomers outnumbering younger demographics, they’re constantly more likely to control the political vote. This was true in the 2016 US election, where more 18 to 49 year olds voted for Hillary Clinton while more people aged 50 to 65 and over voted for Donald Trump, who was successful that year. And again with Brexit in the UK, where more young people voted to stay in the EU but were overrun by the number of older generations who voted to leave.

With such a massive skew on age-based preferences and older people taking political control most of the time, the report said it was no wonder young people were giving up on the idea of democracy, given it was “impossible” for them to win a vote.

According to the paper, education is not only more expensive for young people than it was for older people, but it’s more expected and required that they’ll hold a degree to do the same jobs that their parents did without any further education. This was again clear through the figures, which showed that in the US more than 13 per cent had an advanced degree, which was up from 9 per cent in 2000.

The paper suggested a number of big leaps that could assist in the trickling down of wealth. The first suggestion was to implement a tax on primary residences through a capital gains tax that would only target houses over a certain value, to avoid hitting the less-wealthy groups.

And if that wasn’t politically viable, then the paper suggested switching stamp-duty payments so the sellers would have to pay rather than the buyers. Currently in Australia, buyers cover the stamp-duty costs, which often comes as a big hit to deposit savings.

Additional taxes could be implemented on financial assets such as stocks and bonds, while a ‘super tax’ was suggested for investments in companies that profit off pollution, which the paper says is almost every company – whether it be direct or indirect benefits made from harming the environment.

However, to avoid discouraging those who work, increasing income taxes would be avoided entirely.

In cities where restrictive planning policies have killed the home building industry, dropping house prices could become the answer to restarting the property wheel. Meanwhile, instigating more centralised control of city planning – although described as a “dramatic step” – could be the only answer given the constant failure of cities to provide sufficient infrastructure for residents.

The paper also suggested leaning more towards policies that looked at freeing up land over those that simply pushed faster development, as history has proven that cheap, poorly built tower blocks are simply not sustainable.

With education costs creeping up over the years, the paper suggested “dramatic government subsidies” for higher education. Additionally, temporarily subsiding graduate salaries to “top-up” pay cheque for the first few years of working life was also put to the table.

Extra pay for graduate degrees was said to make up for the additional time spent studying and reduce the inevitable delay there is for workers looking to start a family. And as the paper said, with an age of demographic decline, early family formations are desperately needed.

And according to the experts, this declining demographic and increasing number of old people that will require care from the young is exactly why these solutions need to be implemented sooner rather than later. This concept is made clear in the final line of the paper, which reads: “It would be a great shame if the older generation realises too late that its size – the source of all its power over the last four decades – has become its biggest liability.”

Do you think there needs to be a wealth redistribution? Do you think young people are worse off?