Pros and cons of the government’s latest change to SMSFs 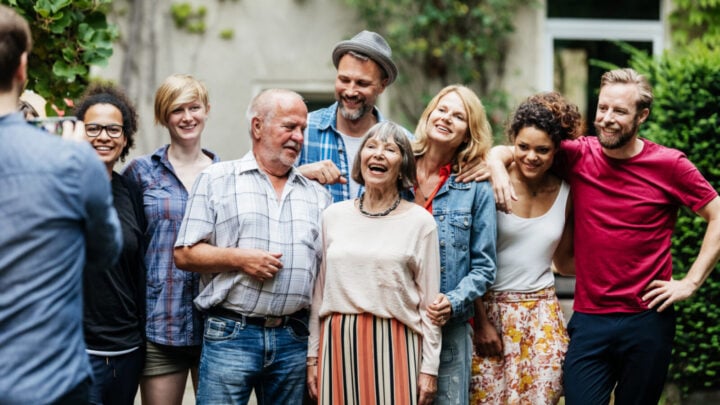 Children from a first marriage often miss out when assets are divided. Source: Getty

After three years of delays, legislation to increase the number of members permitted to join a Self Managed Superannuation Fund (SMSF) finally passed through parliament on Thursday. From July, the maximum number of members allowed rises from four to six.

Experts don’t expect a big rush of new members joining existing SMSFs, however. They’ve also warned of the pitfalls of having an SMSF with a large number of members (which I’ll explain further down).

Self-managed super funds are often set up on the advice of financial advisers or accountants. Of the $3.2 trillion in the superannuation system, $750 million is invested in the SMSF sector, spread across more than 597,000 funds.

Fans of SMSFs argue that they have much greater control over the purchase and sale of individual assets in the fund than conventional public offer schemes and, in some cases, they can be cheaper to operate. They also allow members to invest in assets that large public offer schemes don’t typically invest in, such as residential real estate or collectibles. SMSFs can sometimes be used to pass assets through to children in a tax-effective way, particularly when the children are members of the same scheme.

Critics of SMSFs suggest that many people underestimate the time and expertise required to run an SMSF properly. James Robinson, an independent financial adviser, says that he sees many new clients who are keen to wind up their existing SMSFs. “After a few years, the novelty wears off for some,” he explains. “They discover it is actually a financial adviser or accountant-managed fund, not self-managed. The bottom line is that some SMSFs are more expensive and less well run than a good, low-cost public offer scheme.”

Advantages of raising the number of SMSF members

According to the most recent Australian Tax Office (ATO) data, more than 90 per cent of SMSFs are single- or two-member schemes, typically made up of mum and dad investors, and only 3.6 per cent of SMSF funds have four members.

A self-managed super fund typically pools and shares all of the assets within the fund. The investment returns generated by the assets and allocated to an individual member’s account are linked to their individual account balances.

Monica Rule, a former ATO SMSF auditor, says that expanding the number of members has both advantages and disadvantages for family-based SMSFs. “The new law will allow parents to include up to four kids in their SMSF,” she says. “This will allow more contributions to be made into the SMSF and the pooled resources will increase the fund’s investment power.”

This means a fund investing in property, for example, could access a more valuable property or could reduce risk by providing greater diversification across a larger number of properties held by the fund.

Disadvantages of raising the number of SMSF members

The pooling of resources can create conflicts, especially when there’s an age difference between members. “Mum and dad may want an investment that brings in regular investment income to fund their retirement pensions, whereas the children may want to invest in riskier investments to grow their capital,” Rule explains. “These are fundamental differences in investment objectives.”

Rule suggests a need to have a solid dispute resolution mechanism, to resolve disputes among SMSF members.

Similarly, actions by some members could affect the SMSF’s compliance status. A compliance breach could result in compulsory education, fines, penalty tax rates or even imprisonment. As all members must be either individual trustees or directors of the corporate trustee of their SMSF, they would legally all have access to the money and assets of the SMSF. One member of the fund might illegally access their superannuation savings when they are not entitled to and contravene the superannuation law.

Rule says that the more members there are in a fund, the greater the risk of a contravention occurring. For this reason, smaller rather than bigger SMSFs might be a better option.

To learn about the changes to superannuation contributions that also passed through parliament on Thursday, read Nick Bruining’s previous article, here.

Will you be increasing the number of members in your SMSF? Why or why not?