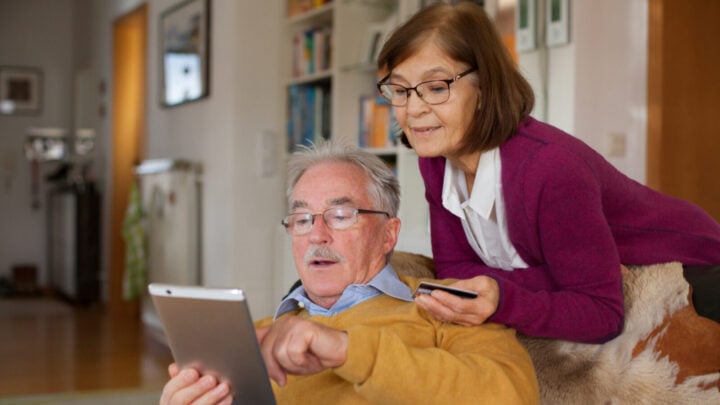 New super rules are here and they mean big changes for some Aussies. Source: Getty

Sweeping, long-awaited changes to superannuation contribution rules for seniors finally passed through parliament on Thursday, two weeks out from the end of financial year. Here’s an overview of what they entail.

Superannuation bring-forward rules have now been extended to people up to 67 years of age. The new rules centre on other changes passed earlier, which broadly align key superannuation ages with the future Age Pension eligibility age of 67.

Under the new bring-forward rules, a member can bring forward up to three-years-worth of contributions and make one large contribution in the one year. The changes ultimately mean a retired couple who ticks all the boxes – and with ducks perfectly aligned – could contribute up to $1.46 million into superannuation in the next two weeks (as I’ll explain further down)!

So – to go into a bit more detail – as soon as the new bill receives ‘royal assent’, people can make up to three years-worth of non-concessional contributions for any person under 67 years of age and not exceed contribution caps (which limit the amount that can be injected). The other proviso is that the member can’t make contributions that cause them to exceed Transfer Balance Cap limits, which sit at $1.6 million and increase to $1.7 million on July 1.

What are non-concessional contributions?

The current non-concessional contribution cap is $100,000 per annum, so a person making full use of the rule can contribute up to $300,000. And because that annual limit rises to $110,000 on July 1, waiting two weeks would allow you to bring forward three lots of $110,000, or a total of $330,000. Assuming you are still under 67 years of age, you could even combine that new limit with a $100,000 contribution before June 30 this year, meaning a grand-total of $430,000 over the next couple of weeks. And if your ducks really line up and you’ve sold the family home in the past two months or so, you could each also make use of the $300,000 per-person super downsizer contribution.

Royal assent usually occurs a few days after bills are passed by parliament, but that still leaves you with time to get the money into your fund by June 30.

The suite of bills passed include an increase in the number of members permitted in Self Managed Super Funds and changes that “staple” an existing superannuation fund to employees who change jobs. I’ll talk more about this tomorrow morning, so stay tuned to Starts at 60 for part two.

Will you benefit from these changes?