Home equity release options compared: Get the best rate and most flexibility 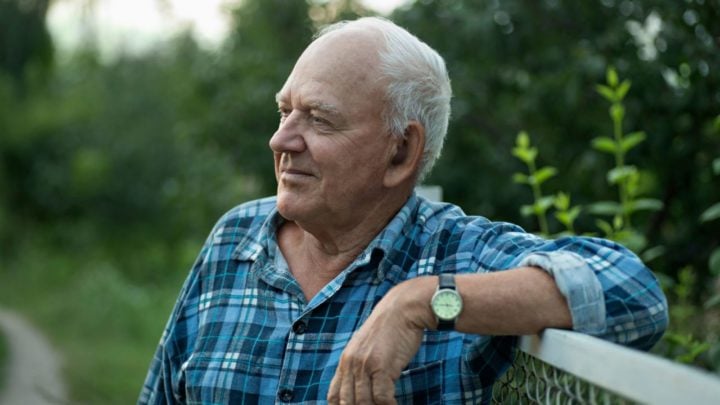 Knowing you picked the best way to release equity from your home makes for a much more relaxed retirement.

The other two pillars that support retirement incomes – private savings and superannuation – will be under the microscope, though, because the current system was designed back in the days when retirement lasted about 15 years. Now, with most Australians living well into the 80s, we need a system that helps people plan, and pay for, at least 30 years in retirement.

If you’re like many older Aussies, though, it may be that your super balance and private savings aren’t enough to cover such a long retirement or the unexpected expenses that may come up. Or you may not relish the prospect of existing entirely on the Age Pension.

According to Josh Funder, chief executive of Household Capital, helping people like you tap into the equity they’ve saved in their home can play a core role in improving retirement funding  in cases where super and cash savings or investments aren’t sufficient. Those often-forgotten savings locked up in property form a key part of voluntary savings, something the government refers to as the third pillar of retirement funding.

But even though Baby Boomers have a combined $1 trillion available in home equity, only a tiny fraction of that has been drawn on. We’ve previously explained  that the major banks, traditionally the main providers of reverse mortgages, are no longer in the equity release business.

Household Capital plans to fill that void and has an innovative product, called a Household Loan, that could be the answer your needs. But a Household Loan isn’t the only option for accessing the savings locked up in your property, so we’ve set out an easy guide on how the main equity release products stack up.

Most Australian retirees are eligible for at least a part-Age Pension. Under the current rules, that pension starts to reduce once income or assets reach a certain point before eventually cutting out completely.

But what if you could borrow an additional amount of pension from the government? You can, through the Pension Loans Scheme (PLS). Provided that you’ve reached pension age and can offer real estate as security, you can borrow up to 1.5 times the maximum rate of pension.

You can’t take the loan as a lump sum; instead, it’s paid fortnightly alongside any Age Pension you’re due, with the loan balance compounding fortnightly at 5.25 per cent per annum.

Funder says the recent changes to the PLS mean the government is serious about helping retirees access their home equity. “But for most, it doesn’t meet the broad range of retirement funding needs,” he notes, because of the restriction on lump sums and the fact that the scheme is only open to pensioners.

Home reversion schemes allow you to sell a percentage of your home in return for a lump sum, while you retain the right to stay in your home for life.

Some, like the newly-launched Equity Release scheme from DomaCom, involve paying rent on the proportion of you home you’ve sold to the lender, although there’s the option to sell further percentages every five years to cover the rent. Another product, called Homesafe, is promoted by Bendigo Bank, but only available to certain property owners in Melbourne and Sydney.

In some cases, though, the property isn’t ‘sold’ on the open market, so there may be a lack of transparency, and a risk homeowners won’t benefit from the full market value.

The Australian Securities and Investments Commission (ASIC) warns that home reversion schemes can be complex, and it can sometimes be difficult to establish what the actual costs are.

There has never been a particularly large selection of reverse mortgage products to choose from in Australia and an ASIC review of the market in 2018 found that rather than look at the long-term needs of the borrower, the five lenders offering reverse mortgages focused primarily on the borrowers’ short-term objectives.

Now, just a handful of traditional reverse mortgage providers are left in the market, with only New Zealand’s Heartland Group having any scale, with what it calls its Seniors Finance products.

Others, like IMB Bank, have a limited offering mainly targeted towards their existing customers.

Household Capital’s Household Loan is a reverse mortgage, in that it’s a loan that’s secured against your property, but it’s unlike the traditional product.

For starters, brokers aren’t the main source of referral. Funder says that although some customers are referred to Household Capital by a financial adviser or super fund, many contact the company direct after using its simple online calculator.

“We used personalised customer service to delight customers, it gives them the confidence to help fund their own retirement,” Funder says.

A Household Loan is more flexible than the PLS, because it can be taken as a lump sum or regular payments. And Household Capital’s innovative approach to wholesale funding means the company can provide Australia’s lowest interest rate for retirees looking to access their home savings.

Retirees relying on fixed deposits to generate income will be struggling with low interest rates – and with rates likely to drop further, there’s no relief in sight. But for borrowers, historically low rates are a bonus.

A lower rate of interest means the loan grows more slowly, so Household Loan borrowers retain ownership of more of their home than if they had borrowed the same sum at a higher rate.

With property prices stabilising and interest rates at those record lows, Funder says retirees looking to enhance their retirement using savings tied up in the family home should be feeling confident about the future.

Low rates might not be forever, just as a Household Loan might not be for everyone. But if you’re one of the millions of Baby Boomers who has wealth tied up in property and not enough savings to last the distance, it might just be that the third  pillar could change the face of your retirement.

How could a reverse mortgage transform your retirement?

Whether your home needs reroofing, your mortgage needs refinancing or your teeth need recapping, your home equity can renew your retirement and help you enjoy the lifestyle you deserve. Try our easy-to-use calculator to see how much home equity you could access.

Would you consider releasing equity from your home to supplement your retirement income?