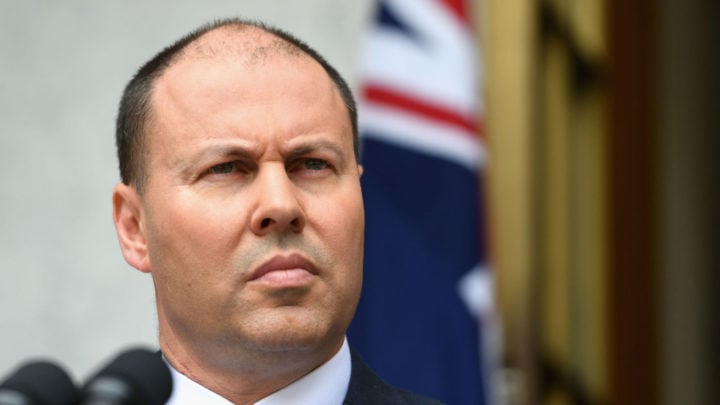 Treasurer Josh Frydenberg has assured Australians there will be no increase in the pension age following the announcement of a review into the retirement income system. Source: Getty

Treasurer Josh Frydenberg has promised a rise in the pension age is not on the cards after announcing a review of Australia’s retirement income system on Friday.

The politician was put in the spotlight on Saturday, asked by reporters what the review means for Aussie retirees and their financial status. However, according to multiple reports, he confirmed the ever increasing age in which a person can receive the pension will not skyrocket to 70, explaining that part of the retirement income will not be examined.

“No, it’s not, what we’re focusing on is, again, developing an evidence-based approach to future policy decision,” he reportedly said. “We haven’t changed our position, the position still remains.” Frydenburg continued by explaining: “This will be the first holistic review of our retirement income system since compulsory super came in, in the early 90s.”

The review, which is the first of its kind in three decades, was initially recommended by the Productivity Commission after a damning analysis of the country’s poorly performing super funds earlier this year. It will focus on three key pillars, a means-tested Age Pension, compulsory super and voluntary savings, “including home ownership”.

The independent review will be chaired by former senior Treasury official Mike Callaghan, alongside chair of the Self-Managed Super Fund Association Deborah Ralston and Future Fund board member Carolyn Kay. It will be the first inquiry into the compulsory superannuation scheme since the 1993 inquiry, led by Vince Fitzgerald, which was carried out a year after former PM Paul Keating’s compulsory savings system was introduced in 1992.

According to Frydenberg and assistant minister for superannuation, Jane Hume, the year-long review will look at “the impact of current policy settings on public finances”. It will also “cover the current state of the system and how it will perform in the future as Australians live longer and the population ages”.

Frydenberg added: “The review will establish a fact base of the current retirement income system that will improve understanding of its operation and the outcomes it is delivering for Australians.” A consultation paper will be released in November this year and the final report must be provided to the government by June 2020.

However, Shadow Treasurer Jim Chalmers hasn’t agreed with all of the government’s decisions to date, accusing the party of burying the terms of reference, by making the announcement of the review on the eve of the AFL grand final. The pollie claimed the government is not taking the review seriously, exclaiming, according to The Age: “If the government was serious about this retirement incomes review, they wouldn’t have dropped it out on the eve of grand final weekend hoping nobody would notice.”

The Productivity Commission recommended the review before there’s any increase to the the amount of compulsory super that must be paid to employees. That is currently set to rise from 9.5 per cent to 10 per cent by 2021, before reaching 12 per cent by 2025.

In its report at the time, the advisory body called on the government to cancel the licences of funds which repeatedly underperform for eight years, if they fail to turn things around within a 12-month period. The extensive 722-page publication also recommended that Australian workers be provided with a list of the top 10 superannuation funds to choose from when they start a new job. Australia’s superannuation industry was estimated to be worth around $2.7 trillion at the time.

Frydenberg addressed the report on Twitter at the time, claiming it showed that while the current system is “serving Australia reasonably well”, there are still “significant issues” to address. He added: “@ozprodcom endorsed many of our superannuation reforms that are before the Parliament. It’s time Labor listens to the experts and gets behind our reforms that put the interests of all superannuation members first.”

Advocacy group COTA (Council on the Ageing) responded to the report at the time too, saying it highlighted the “urgent need” for a comprehensive review of retirement incomes. Chief executive Ian Yates said: “COTA has argued for years for a full and independent review of our whole retirement incomes system, which has been supported by the Grattan Institute and many others.

“We need to properly calibrate the relationship between the pension, superannuation, the family home and other savings and income to make sure that they all work together to provide the best outcomes for all Australians when they retire. The workforce and population ageing have both changed substantially since the introduction of superannuation in 1992. After almost 30 years the system needs to adapt but we need to be very careful that addressing superannuation in isolation does not create issues in other areas of retirement income.”

Are you pleased to hear there will be a review of the retirement income system? What do you think needs to be done to ensure retirees have a financially stable future?