Grey divorce: What you need to know about separating after retirement 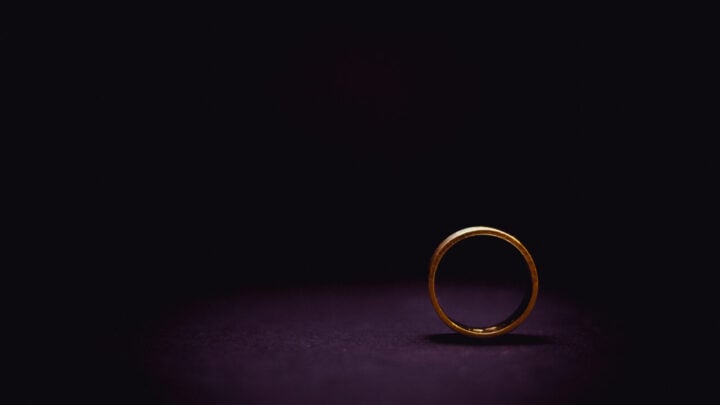 More older Aussies than ever before are calling time on their marriages. Source: Getty

While the overall divorce rate in Australia is decreasing, more older Aussies than ever before are calling time on their marriages.

Around a quarter of divorces in Australia involve relationships that spanned longer than 20 years, while the rates of divorce for those married more than 30 years, has increased by almost 4 per cent in the last two decades.

After spending the majority of your life with your spouse the idea of separation can seem daunting. Courtney Mullen, head of legal at Australian Family Lawyers, sat down with Starts at 60 to discuss some of the most common questions and misconceptions about ‘grey divorce’ and shares the advice she offers older Aussies ending their marriages.

Is it more complicated to get divorced later in life?

Mullen says the process for divorcing after retirement is the same as any other age, the key difference is the extent of the assets which can make things more complex.

“The process is the same whatever age you are,” says Mullen. “What might be different for older couples who have been together for a long time is that they are more likely to have multiple assets and larger nest eggs or superannuation balances, which can mean a more complex property settlement.

“There are two parts to separating – one is the divorce application (which basically bring an end to the marriage at law) and the other part is the property settlement, where assets are divided up to give effect to a fair outcome.”

Despite the more complex division of assets in grey divorces, Mullen says concerns over the financial implications should not dissuade people from leaving an unhappy marriage. Mullen says women can be particularly concerned, as many have lived their lives in traditional mother and wife roles, often leaving them financially reliant on their husband. She says the threat of financial insecurity can put people off ending unhappy marriages but encourages people to seek legal advice to placate their concerns.

“This is a very common misconception and it is often a coercive control tactic used by partners to keep women in unhappy marriages,” Mullen warns.

“The threat of financial ruin or financial struggle and sometimes the threat of expensive legal action are very powerful deterrents to seeking a divorce. Being armed with information about what your rights actually are, is critical to making the decision to separate and what to do next. So, ask an experienced family lawyer about what a settlement might look like for you.”

How will our assets be divided?

“Questions around how assets might be split is certainly high on the list of frequently asked questions for those couples who have been together a long time,” said Mullen. “It is important to note that the division of assets is more likely to be 50/50 in longer marriages. And, yes, superannuation balances may be included in your property settlement.

“I am also commonly asked if it matters ‘who owns what legally’ – and no it doesn’t! The whole idea of having a property settlement is to adjust the way that each of your assets and superannuation are owned to give a fair outcome, which takes into regard a range of factors about your relationship.”

What can someone do to prepare for a divorce?

Mullen says there are a few things you can do in the lead up to the divorce to make things easier for everyone involved. Namely, getting together a list of all the assets you and your spouse own, so there’s full transparency across what assets need to be divided.

“A practical tip for preparing for a later in life divorce is to write down all of the property or financial resources that you are aware of, including any debts,” she said. “This list could include things like the family holiday home, investment properties, superannuation accounts, credit card debts and recreational vehicles like caravans, boats and golf buggies. Share portfolios should also be put on this list as well as any retirement plans or pensions.

“Understanding what you know, and don’t yet know, will help you take steps to complete the financial picture.”

Who owns my superannuation?

While the Federal Government has made promises to introduce a new “electronic” system to improve the visibility of superannuation assets during family court proceedings, currently no such systems exist. Mullen says currently the situation of including superannuation in the divorce settlements can be tricky, especially if your former partner isn’t willing to give up the information.

“While it can be straightforward to request balances (both current and at a previous date) from your former partner’s superannuation fund if you know the fund they are with, it will usually still set you back $165 or so and take up to 28 days to receive the information.

“There is still no avenue, however, to find out your former partner’s superannuation balance when the fund is not known and they are not willing to disclose the information. So, if your former partner doesn’t tell you this information willingly, it can force you to apply to the courts and issue a subpoena to the Australian Tax Office (ATO), or an employer, for this information. This requires proceedings to be before the court – which can get expensive.

“The best way to discover current superannuation balances is to review the ATO portal linked to a party’s MyGov account – as it lists all the superannuation interests associated with a tax file number.

Mullen says it’s often women who get the short end of the stick with superannuation as they’ve often spent less time in the workforce than men and therefore have less of their own superannuation to fall back on.

How can people take control of their finances post-divorce?

After being married for a long period, your life and finances are incredibly intertwined and after separation, there may be many things you need to untangle to ensure you get your personal finances under control. Mullen says people often forget to take their partner off joint bank accounts or re-write their will to reflect their new situation.

“There are several ways that you can preserve your assets, including assets in your former partner’s name,” she said. “This might include requiring ‘two to sign’ access to joint bank accounts, removing a former partner as a secondary card holder for your credit card facility, or seeking an injunction or ‘freezing order’ from the court to preserve an asset.

“While family lawyers deal with assets in the event of separation, after divorce we also suggest that clients revisit their estate planning and their plans for assets after death.

“Something that is often overlooked is re-writing your will and changing documents where your former partner might be the beneficiary or maybe have power of attorney or rights over your medical treatment – but these are necessary steps to take control of your finances post-divorce.”

What are older Aussies most concerned about when divorcing?

If you’re already retired, the idea of financing a home and a life as a single person can be daunting. Mullen says that homelessness can be a big concern for many divorcing retirees. She said while it is an issue for some, people should be aware that the law will do its best to divide assets fairly to protect you and reminds people that a portion of your spouse’s superannuation may be able to be claimed.

“Unfortunately homelessness and unemployment are often concerns for couples separating later in life,” she said. “These may be issues due to the age of retirement approaching (or passing) or the inability to finance a home loan when your days of employment are numbered. These aren’t issues that anyone can plan for but they are relevant to what the law considers a financial settlement should look like for you.

“One thing we do want to make older Australians aware of is the issue of what to do with superannuation balances, including the availability of valuations for interests in defined benefit superannuation schemes. Superannuation can be an enormous nest-egg and the largest financial asset outside of the family home. You might be able to claim some of your spouse’s superannuation, even if you have not worked yourself.”

Have you been through a divorce later in life? What advice would you give to others?