Understanding capacity: What to do when a loved one loses decision-making ability 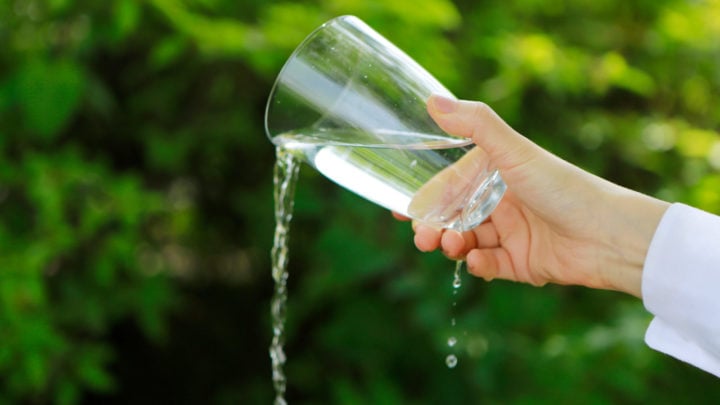 Once someone has lost mental capacity, it can trickle down into other areas of life like finances and health. Source: Getty.

We tend to take our freedom of choice – deciding how we spend our money, where we live, what health care we receive and much more – for granted. But that means many of us are unprepared when we, or a loved one, loses the ability to make those very decisions.

That’s why understanding the complexities of legal capacity is key, and preparing now for the potential loss of it can ensure your own or your loved one’s finances are protected and your wishes respected much later in life.

Broadly speaking, capacity refers to your ability to make decisions in all areas of life, including on legal, financial and medical issues, in what would be considered by most people to be a reasonable manner.

Kaele Stokes, the executive director of advocacy and research at Dementia Australia, says a dementia diagnosis often triggers questions around a person’s capacity – and with 450,000 Australians living with dementia and about 1.6 million people involved in their care, that makes it a need-to-know issue.

“Some people with dementia can experience a lack of insight into their condition so they can feel completely comfortable and confident about making decisions, but they may not actually have capacity to make informed decisions,” Stokes explains. “However, we can also sometimes exclude people from decision-making as soon as they have a diagnosis, when in fact they still have the ability to make informed decisions.”

What is legal capacity?

While capacity in general is the ability of a person to make reasonable decisions in their day-to-day life, the concept of legal capacity is linked to decisions that have legal consequences, such as making a will, getting married, entering a contract and voting.

Whether a person has legal capacity depends on the type of decision being addressed, so it’s possible for someone to have capacity to decide on personal issues such as where they want to live, but not have capacity to make financial decisions such as on selling their home.

Unlike other countries, however, Australia has no uniform standard for assessing legal capacity, which makes it extremely difficult to measure the varying levels of capacity and even harder to determine when a person has lost capacity. Adding to the complexity, each state and territory and each area of law follow slightly different guidelines to determine whether someone has capacity.

This means that the definitions of what constitutes a lack of capacity range from being unable to make reasonable judgements to being unable to understand the nature and effect of a document and being totally or partially incapable of what’s called self-management.

How is capacity assessed?

Capacity or lack thereof, from a legal standpoint, is only recognised when it has been officially assessed and ‘diagnosed’, with several experts able to offer capacity assessments, including GPs, psychologists, psychiatrists and geriatricians.

According to the Australian Law Reform Commission, there are a number of approaches that can be used to assess capacity but the two most common are known as ‘status’ and ‘cognitive’.

The status assessment links certain characteristics or impairments with the loss of capacity. This means, for example, that a diagnosis for a neurological degenerative disorder such as dementia can be linked with a loss of capacity.

But obtaining a diagnosis of loss of capacity using the status method can be a slow process, with dementia itself being difficult to diagnose. This leaves people at risk of making inappropriate decisions while they or their family work through the process of having their capacity determined.

“Part of the challenge for people with dementia is there is not a single clear pathway of diagnosis,” Stokes says, noting that receiving a dementia diagnosis can take up to two years. “For most people, the GP is the first point of contact. Dementia is really a diagnosis from exclusion so the GP will often look at a whole range of different conditions and do blood tests to rule out other possibilities.”

The status approach for determining capacity has also been criticised for being too generalised, in that it doesn’t take into account an individual’s specific symptoms of, say, dementia. In practical terms, dementia affects people in different ways and some people with dementia can retain capacity for years or even decades, while others lose capacity much more quickly.

The cognitive approach attempts to balance the black-or-white nature of the status approach assessing capacity on an individual level, by examining two different areas of the decision-making process, including the reasonableness of the outcome of the decision.

What if you’re worried about capacity?

If you suspect a loved one is losing or has lost capacity, it’s essential to seek a diagnosis as soon as possible, in part because it is difficult to later prove that any poor financial or legal decision they make was caused by a lack of capacity.

Brian Herd, a partner at CRH Law and specialist in elder law issues, says that if a person with questionable capacity has to make an important legal or financial decision, the ideal scenario is that they undertake a capacity assessment at the same time, to ensure their decision isn’t later called into question.

“It is possible to do a retrospective assessment relating back to a previous situation or circumstance but that could only be based on medical records that existed at the time, combined with peoples’ observations or knowledge of the person at the time in order to build up a picture of their overall capacity at the time,” Herd explains.
“The additional difficulty with retro assessments is that you have to overcome a legal presumption ie everyone is presumed capable until there is evidence to the contrary.”
The potential we all have to lose capacity as we age is why legal and financial experts recommend setting up an enduring power of attorney (EPOA) when we still have decision-making ability. In short, an EPOA involves choosing a trusted friend, family member or professional adviser to make decisions for you should you lose capacity in the future.
(It’s worth remembering that it isn’t just age-related conditions that can cause a loss of capacity – an unexpected brain injury caused by, say, an accident can have the same outcome – so putting off an EPOA isn’t wise.) You can read more on EPOAs from Brian Herd here.

If you don’t enact EPOA when you have the capacity to do so, the courts or a civil and administrative tribunal can appoint a guardian or administrator to act on your behalf when one is required. But this means you’ll have missed the opportunity to provide a trusted person with a detailed rundown of your wishes.

If you’re concerned that a friend or family member lacks capacity or may be being taken advantage of due to a lack of capacity, you can ask the civil and administrative tribunal in your state or territory to investigate. The tribunal will appoint a guardian to act on a person’s behalf if it finds they need one to protect their interests. You can also refer yourself to the tribunal if you fear your capacity may be diminishing and you don’t have a trusted person to appoint to act on your behalf.

Unfortunately, where a loss of capacity is involved, so is the threat of elder abuse. Family members and carers have been known to take advantage of people who lack the capacity to make reasonable decisions, particularly when it comes to finances and property. This is another reasons experts recommend seeking a capacity diagnosis as soon as you notice a loved one is struggling with their financial or other important decision-making.

Once a lack of capacity is diagnosed by a doctor or other health professional such a psychologist, psychiatrist or geriatrician, immediate arrangements should be to safe-keep the person’s finances.

“The more granular things need to be worked out early,” Dementia Australia’s Stokes says. “For instance, having joint signatures on financial accounts so it’s not just the person living with dementia that is accountable, discussing financial plans with a financial advisor and arranging an agreement with the bank on how and when the person with dementia will access their finances.

“They should also evaluate what the financial habits will look like so the bank can implement triggers to be alerted when that’s not happening or when there are changes.”

There are no dementia-specific legislations or conditions around the regulation of financial decisions of people who lack capacity, Stokes cautions, but Dementia Australia works closely with the banking sector to create processes that help identify signs of financial abuse.

For instance, she says systems should be in place to alert banks when certain flagged accounts experience a high number of withdrawals in a short amount of time. Through internal surveillance, banks and other institutions would not only be able protect vulnerable customers but also discourage the threat of financial abuse.

“The scale of dementia in Australia means these are really important things to consider,” Stokes said. “It’s really important that as a society we’re able to understand dementia and what it means for people and how to continue to engage with people and recognise them as individuals with their own skills, preferences and insights.”

Have you suspected a loved one has lost capacity? Did you act on your concerns?