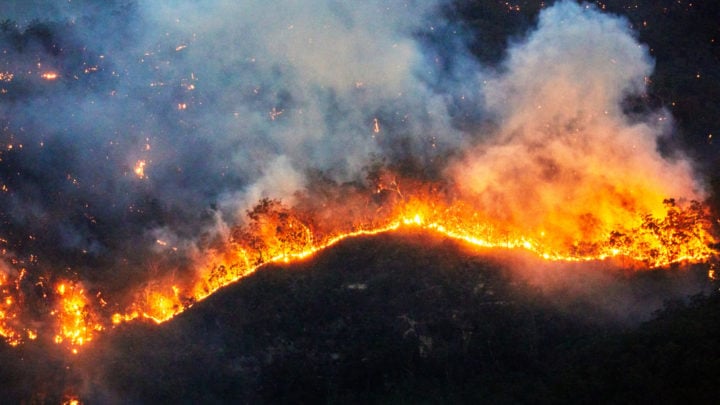 Researchers from the University of NSW have claimed climate change could change retirement income in terms of superannuation and the Age Pension. Source: Getty

Climate change and its potential environmental impacts have been a hot topic of late with world leaders sharing their views at the United Nations summit last week. But now researchers have drawn attention to another potential side effect of climate change, claiming it could leave Australians tens of thousands of dollars worse off in retirement.

For years, politicians and scientists alike have focused on what climate change means on a health and environmental level, but the newly released Actuaries Institute paper from the Centre for Excellence in Population Ageing Research at the University of NSW has highlighted how everything from superannuation and the Age Pension could be affected. With heatwaves predicted to at least triple by 2060-2080, causing more frequent longer and hotter days, the researchers described the future financial disasters as the “perfect storm” with consequences not only for individuals, but pension providers, investors and governments.

Authors Ramona Meyricke and Rafal Chomik claimed climate change has the potential to drastically reduce superannuation balances and investment returns, blaming this on more frequent natural disasters and an increase in periods of under or unemployment, as economies around the world transition to net zero emissions.

The predictions are said to have major implications for individuals, superannuation funds and pension providers, including the Federal Government, with the authors predicting that more and more people will be left relying on the government payment to get by in later life.

“Without proper risk management, these mega trends have the potential to overwhelm individuals, private companies and government balance sheets over the course of this century,” the authors explained. “In terms of public policy, the wide-ranging consequences of climate change on mortality, public health and the economy mean that system-wide policy responses are necessary to mitigate the risks posed.”

Putting it into perspective, Meyricke and Chomik said if nothing is done to address climate change, an individual earning around $75,000 per annum will retire with 11 to 18 per cent less, which accounts to a decreased super balance of around $40,000 to $70,000.

While some may still be on the bench about the effects of climate change, Meyricke and Chomik said ignoring it would be “one of the largest socio-economic risks to modern society”.

But Meyricke and Chomik said the implications won’t just affect money matters, claiming that Australians have already been seriously impacted by climate change with heatwaves said to have caused the deaths of more Australians than bushfires, cyclones, earthquakes, floods and severe storms combined.

In fact, the paper explained the heatwave in Victoria in 2009 is estimated to have caused more deaths than otherwise would have been expected. And that’s not the worst of it either, with the potential for mortality arising from heatwaves set to increase by 12 per cent among over 65s by 2060-2080 in some regions.

According to Meyricke and Chomik the forecast is even more significant for Australia’s ageing population, with an increasing number of older people expected to die as a result of heat stress.

Actuaries Institute President Nicolette Rubinsztein added: “Understanding the potentially significant implications of climate change is crucial to Australians’ wellbeing. Many Australians understand the physical risks posed by climate change but few appreciate the impacts it could have on their mortality risks and their retirement savings.”

The release of the research comes just days after a passionate teen activist delivered a powerful speech to world leaders at the United Nations on climate change and how politicians are “stealing her dreams and childhood with their empty words”. Greta Thunberg’s message sparked a huge response from high profile celebrities and Australian politicians who were impressed by her words.

“I’m one of the lucky ones,” she said at the conference. “People are suffering, people are dying, entire ecosystems are collapsing. We are in the beginning of a mass extinction, and all you can talk about is money and fairytales of economic growth. How dare you.”

However, not everyone was convinced with Karl Stefanovic leading the charge against the brave teenager in a surprising discussion on 2GB on Wednesday, claiming she’s being used unfairly by activists as a mouthpiece to air their thoughts.

“I really do feel for her in the respect that she’s not being looked after, she’s got a lot of pressure on her, and I mean everyone can say, if that was my kid, she wouldn’t be in that situation but the problem is, whoever is behind her, the parents who are behind her or whoever’s managing her, she is being managed and her stance is being used by activists,” the 45-year-old TV presenter claimed. Adding: “She was very fired up wasn’t she? I thought ‘What are my kids doing on school holidays next week?’ Not doing that.”

Are you concerned about the potential impacts of climate change? Do you feel you'll be able to live out retirement comfortably with your savings?