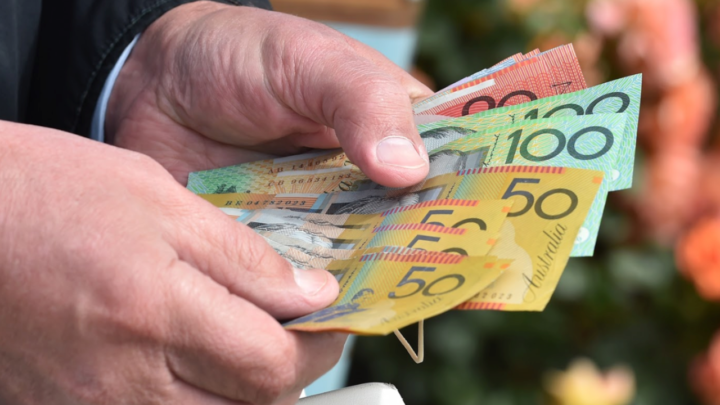 Lending money to family members may seem like the best options but there are some things that people should first consider. Source: Getty

The Bank of Mum and Dad opens its doors regularly to adult children, with many parents digging deep to lend their kids some much-needed cash.

Whether it’s for a deposit on a home or just to tide them over in tough times, it’s certainly not uncommon for Baby Boomers who’ve been fortunate in the property market or on investments to lend money to family members to free them from paying hefty interest on bank loans.

However, while loaning money to family members might seem like a safe bet because, after all, you know the borrowers well, a number of prominent lawyers have warned of the issues that may arise if a loan is not documented correctly.

According to CRH Law partner and Starts at 60 Money Club expert Brian Herd, the issue of monetary gifts and loans in families is a surging legal problem that parents don’t take seriously enough. The lawyer says that although families may believe they have it sorted, there is no harm in putting agreements in writing before handing over your hard-earned cash.

“They have to understand that it is not a sign of distrust of their children to document the arrangements,” Herd told Starts at 60. “It is vital to avoid any future misunderstanding or implosion between family members. It is about being a good parent.”

Shine Lawyers wills and estates expert Tracey Ryan agreed with Herd. She says parents should first consider whether they want to give their children the money as a loan or a gift. Next, if the money exchange is a loan, it’s important to establish a loan agreement to minimise the chances the generous act turns sour.

This agreement should include terms for repayment, whether or not interest will be charged, if the full amount will become payable on some event occurring (such as the sale of a property, if the funds were loaned for its purchase), if the loan will be forgiven upon death or if any part that remains unpaid be considered to be a part of the borrower’s inheritance.

However, according to Ryan the most important thing to consider is whether the loaned funds will be tied up by a third party, such as by a mortgage. A third party could, for example, have first legal right to repayment, which could see the family lender’s funds disappear before they can be repaid.

“That is critical and can be in the interests of both parties,” she explains of considering this factor. “For instance, if you don’t have it secured (or even have the right to secure it if later asked for) you will not be protected against the borrower going bankrupt or separating from their spouse.”

Although many may believe a loan agreement is not essential, as they trust their kids to pay them back in full, Ryan said it’s better to be safe than sorry. She adds that while a handshake may satisfy some lenders, they need to consider the fact that things do change.

“If there is no record of what was agreed, it becomes a mess and that’s when families fall apart,” Ryan explains. “I have regularly seen family members lose all their money when the borrower goes broke or when they die and their beneficiaries see things differently and refuse to pay or acknowledge it was a loan.”

Read more: Three big questions to answer before opening the Bank of Mum and Dad

In that instance, a father sought to get back $1 million he claimed he’d loaned his son but there was no evidence of a loan agreement being in place, nor of loan repayments having ever been paid.

“[The judge] thought that the father, being an astute and experienced businessman, if he intended for $1 million dollars to be repaid would surely have kept a copy of the agreement himself,” Hetherington says of the father’s failed attempt to get his money back.

“This case also highlights the importance of the borrower keeping a copy of the loan agreement in a safe place, such as a solicitor’s safe custody.”

In the end, Hetherington said, preparation is key.

“The saying ‘neither a borrower nor a lender be’ does spring to mind, but in times when it was very difficult for children to be able to purchase property without some assistance from their parents, it’s important to have the right legal documentation in place.” she explained.

“It’s important to have the right legal documentation. For the sake of spending a few hundred dollars, it could save you from losing out on being able to recover the loan down the track.”

Have you ever loaned money to a family member? Is it something you would consider doing without documentation?