Want better aged care? Pay for it with the family home and super tax 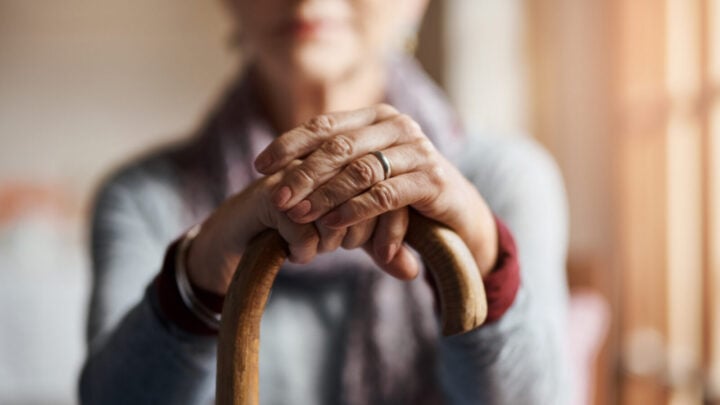 The Royal Commission has concluded, and now is the time to make changes to fix the "broken aged care system".

Half of all Australians say they’d pay more tax to support better aged care through high wages for care workers, as was suggested by the Royal Commission into Aged Care Quality and Safety. But what if that levy took the form of including more of the value of the family home in Age Pension means testing or cutting super tax breaks for over-65s?

That’s the proposition put forward by influential think-tank the Grattan Institute in its response to the royal commission’s final report, which was delivered on March 1, 2021 and called for transformational reform to an aged care system that should be considered a “source of national shame”.

“Surveys consistently show that Australians are willing to pay more tax to fix aged care,” Stephen Duckett, the lead author of the Grattan Institute’s response, said. “The time to act is now. The Aged Care Royal Commission report leaves the government with nowhere to hide. This Grattan report shows how a better funded and designed aged care system would protect the rights, uphold the dignity, and celebrate the contribution of older Australians.”

The royal commission report made 148 recommendations, which the government is yet to provide a response to, and those recommendations included a potential 1 per cent levy on taxable personal income or some other kind of aged care levy in order to pay for improvements to the aged care system.

Flinders University researchers said in March that their surveys found 50 per cent of Australians supported a levy to cover better pay and conditions for aged care workers. And 70 per cent of those willing to pay a levy were happy to pay 1 per cent or more per year in additional tax on personal income.

The Grattan Institute report, released on Monday, found that bringing the country’s aged care system up to an acceptable standard would cost about $10 billion a year.

(The institute listed some key improvements that money would buy:

“Costs are also expected to increase as the population ages,” the Grattan report cautioned, however. “Older Australians are expected to make up about 20 per cent of the population within the next two decades as the ‘Baby Boomer’ generation reaches older age.”

The Grattan Institute noted that under the current system, aged care was primarily funded by the federal government, with users only paying about 25 per cent of the true cost of their home care and residential aged care services.

The Grattan report suggested that, in line with the Royal Commission’s recommendations, this broad pool of ‘care services’ should be split between care services such as personal or medical care and “ordinary living” services such as cleaning, gardening and the provision of residential accommodation.

Ordinary living costs, such as cleaning, gardening, and accommodation, should be user-pays, the Grattan report said, because older Australians would’ve had to cover those costs themselves prior to requiring care. But the amount paid for ordinary living services should be means-tested using both income and assets, the report added.

“In the case of care at home, this is likely to increase co-contributions made by older Australians,” it explained. “In the case of residential care, some or all of the value of the home should be included in the assets means-test.”

A 1 per cent levy on taxable income alone would generate $8 billion a year and would end up landing on about 9.9 million Aussies, who’d pay a median sum of $610 a year.

But it wouldn’t be fair to force young Australians to take on the heaviest cost burden of caring for older Australians, the Grattan report went on.

The family home and the assets test

The Grattan Institute suggested including more of the value of the family home in the Age Pension assets test, which would effectively cut the government’s spending on the pension.

“The current rules effectively count only the first $214,500 of home equity when applying the Age Pension assets test; the remainder is ignored,” the Grattan report explained. “Many Age Pension payments are made to households that have substantial property assets. Half of the government’s spending on Age Pensions goes to people with more than $500,000 in assets.

“Counting more of the home above some threshold (such as $500,000) would make the pension fairer and would save the budget up to $2 billion a year.”

No pensioner would be forced to leave their home, the report said, because low-income pensioners with high-value homes would be able to make up any reduction in their pension by using the Pension Loans Scheme to borrow against their home to create retirement income.

This would, the report acknowledged, reduce the size of inheritance such Australians left their families. But it would also reduce the unfairness of the current system that treated homes differently to other assets.

“It seems unfair that the current system pays welfare to retirees who own homes that many in a younger generation will never be able to buy,” the report noted, while cautioning that any change in treatment of the family home in pensions means testing should be made gradually to give retirees more time to adjust to the new rules.

Including more of the value of the family home in means testing for residential aged care funding, meanwhile, was an alternative that would ensure that care users with the ability to pay for more of their own care and accommodation were forced to do so. That would make “improve equity between homeowners and non-homeowners”, the Grattan report said.

“Since residential care is typically a person’s final place of accommodation, the family home is no longer an accommodation option, nor a vehicle for precautionary saving,” it said. “Instead the primary motivation for retaining the home in such situations is for bequests.”

Tightening super tax breaks, which currency cost the government $35 billion a year, should be targeted at wealthier older Australians, according to the Grattan Institute’s recommendations. At present, only one-in-six over-65s pay income tax because super returns in retirement aren’t taxed as long as the retiree’s super balance is under $1.6 million. Taxing those returns at 15 per cent would raise about $6 billion a year, according to the institute’s calculations.

“Tightening super tax breaks would mean the wealthiest 20 per cent of older Australians would pay more – but they are precisely the group with the capacity to contribute more to the cost of their own aged care,” the report concluded.

“Seniors also pay less tax and get a higher rebate on private health insurance than younger people on the same income, through the Seniors and Pensioners Tax Offset (SAPTO) and a higher Medicare levy income threshold. Winding back these concessions could save another $700 million a year. Again, these changes would most affect seniors who are wealthy enough to receive little or no pension – precisely the group capable of paying more for aged care.”

The Grattan Institute is not the only influential group offering strong suggestions to the Morrison Government on how to respond to the Royal Commission. This month peak aged care organisations noted that the upcoming budget was a chance to give Australia the aged care system it deserved.

The Council on the Ageing (Cota) and 12 other peak bodies identified a range of urgent aged care reforms they said must be implemented, including minimum aged care staffing levels, wage increases for workers, stronger powers and a more versatile toolkit for an independent quality regulator into aged care provision and a new rights-based Aged Care Act.
The peak bodies also recommended the implementation of a taskforce to drive the reforms, with an independent chair and independent members, as well as senior government officials.

The Sun-Herald and The Sunday Age reported at the weekend that the government would promise at least $10 billion in funding for aged care in the May budget, to be spread over four years. This money would help increase the level of care available through the home care system, sources told the newspapers, allowing more people to remain in their own homes for longer.

Would you be willing to pay income tax on your super income or have your Age Pension reduced in order to improve Australia's aged care system?