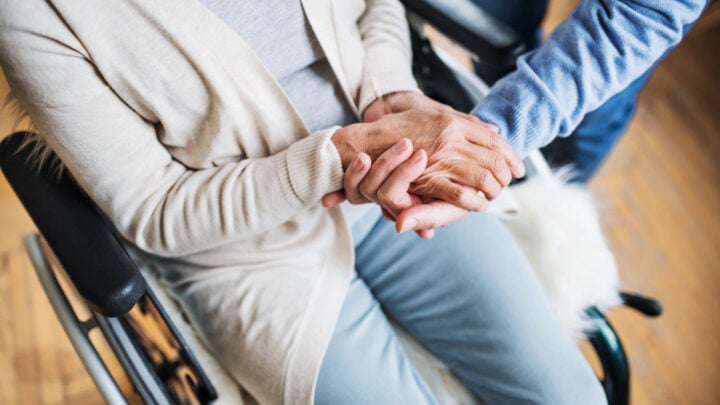 With the federal budget just weeks away, the government has been told to act on aged care reform. Source: Getty.

In the wake of the Royal Commission into Aged Care Quality and Safety, peak aged care organisations have taken aim at the Morrison government saying the upcoming budget is a chance to give Australia the aged care system it deserves. The peak bodies say older Australians expect big changes and won’t settle for the government “cherry-picking” or putting off vital recommendations.

The Council on the Ageing (COTA) and 12 other peak bodies issued a joint statement on Monday, identifying a range of urgent reforms the government must implement in the upcoming Federal Budget.

Some of the key changes the organisations want to see initiated are; increased transparency from aged care providers, minimum staffing levels, wage increases for workers, stronger powers and a more versatile toolkit for an independent quality regulator, and a new rights-based Aged Care Act.  The peak bodies also recommend the implementation of a taskforce to drive the reforms, with an independent chair, and independent members as well as senior government officials.

On behalf of the organisations, Ian Yates, chief executive of COTA Australia said the group was sending a clear message that older Australians expect action now, and would not settle for the Morrison government making minimal changes while delaying the rest.

“The last thing Australians deserve is the government kicking the can down the road on many of the key changes we need,” he said. “The Government cannot get away with cherry-picking a few recommendations now but saying it will consider the rest later. That will not wash with the many hundreds of thousands of older Australians who are looking to this government to deliver them hope that they, and their families, will enjoy a radically better aged care system than the one we have today.”

Yates said while the organisations recognise the significant challenges, major budget funding and major increase in the workforce that would be required to implement the changes, he said they simply “must be met”.

“In the coming year, the Morrison government can give older Australians more choice, control and transparency in aged care than they have ever been allowed before,” he said. “We recognise that the government faces significant challenges in implementing the royal commission’s recommendations in full, including the need for major budget funding and a major increase in the workforce. But these must be met.

“This is Australia’s ‘line in the sand’ moment for giving us the aged care system we deserve and expect.”

The statement said that these reforms must be implemented in order to “build a high quality aged care system that’s grounded in human rights and which treats older people with respect for their diversity and capacities, ensures greater control over their care and support, and delivers appropriate, safe and timely services, and fair value for their dollar”.

The final report from the Royal Commission into Aged Care Quality and Safety was released in March this year and described Australia’s aged care system as a disgrace and a “source of national shame”. Prime Minister Scott Morrison committed a $452.2 million response package following the release of the final report, which contains 148 recommendations for sector reform.

What recommendations do you think should be prioritised in the 2021/22 budget?