We visited a nudist camp, and had some unexpected results! 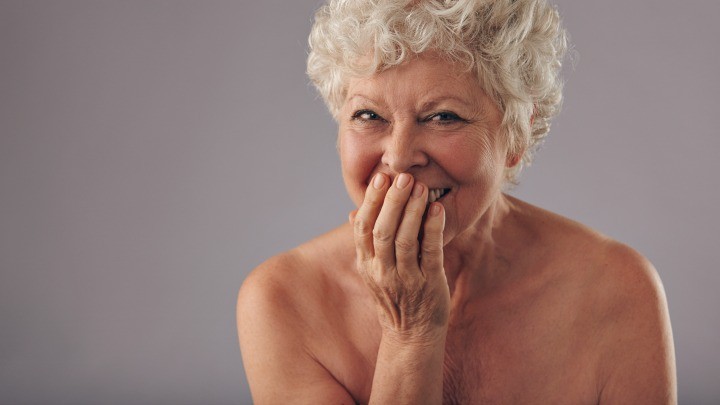 When my husband Ronnie* suggested that we visit a nudist camp, I was shocked! In time though, I thought the experience was very positive.

Let me paint our picture. Ronnie and I were “hippies” back in the late 1960s. We even went to the first Sunbury Festival in 1972, and may have shed some clothing back then!

Since then though, our lives have been pretty “regular” for everyday Aussies. We’ve just worked hard, raised a family and enjoy spending time with our grandkids.

We’ve probably always held on to some more grounded “hippie” ideals. We like to recycle, get outdoors when we can and have chooks in our backyard. Although I never dreamed of going naked again, at age 62!

It had been a long time since Ronnie and I took a holiday. So when we started researching popular beach spots, a nude camp was the furthest thing from my mind.

“How about this one?” Ronnie asked, pointing to a resort photo he found online. “The place is a bit… different though,” he added cheekily.

I stared at the webpage. Bare butts and naked chests stared back at me. “Ronnie! Thats a nude camp!” I exclaimed.

“How about it though?” he asked again. “We used to love getting back to nature in our younger days… Why should now be any different?”

A thousand reasons flooded my mind! Cause I’d never been to an official nudist camp! Because since 1972, my natural “assets” had sure headed south!

“To hell with all that,” Ronnie told me. “I could use a little sun, and you’ve got no reason not to get your kit off. You’re still saucy! Plus this place is fairly cheap.”

After some convincing, we were off. Can’t say it took me long to pack for a nudist camp. All I needed were my cosmetics, shoes and a few towels for modesty’s sake.

When we finally arrived at the secluded nudist camp, I was blown away by its beauty. Relaxing pools welcomed me, and we were surrounded by lush, green trees.

Of course, trees weren’t the only “all natural” thing in sight! Most of the other campers were aged over 50 – men and women in all shapes and sizes.

Sometimes, the men wore a towel over their shoulder to politely cover any unexpected “excitement”. Women used their hair to obscure their chests, but didn’t wear much else.

Going nude was the only way forward at this nudist camp. I even saw a sign by the pool which read “no swimwear allowed”.

Everybody being naked, it seemed, put us all on an even playing field. Apparently staff would even ask you to remove clothing if you weren’t getting “into the naturist spirit”.

It took me a day of hiding in our cabin to pluck up the courage to “bare all”. Ronnie of course had no qualms – in fact he was hitting the spa before you could say “nude!”

When I finally peaked out of my cabin, making a beeline for the trees, I was terrified of being spotted nude.

Then another woman passed me, who must have been at least 80 years old. Except for her long, silvery hair – she was stark naked. I couldn’t help but stare a little.

Her boobs were less plucky then mine, and she had lumps and bumps like my own. If she could be happy in simply her skin, why couldn’t I?

With that thought in mind, I sought out Ronnie in the spa. We had a lovely time making new friends who were eco-friendly and fun, just like us.

After a day of skinny dipping, bird watching and even a spot of cooking, I couldn’t believe that it had taken me so long to get undressed! It just felt so… natural. Free spirited too!

Living naked has its downsides though. I did once get splattered with hot BBQ oil, just a little on my side. And as the night air cooled, I could find myself longing for a jumper.

Our week at the nudist camp came and went quickly, but returning home I felt completely relaxed. There’s something to be said for “getting back to nature” and letting your insecurities all hang out.

After all, God gave us these bodies for a reason. Why not give them some sun and feel comfortable in your own skin, even if it’s just for a short while? I’d do it again any day!

Would you dare to bare all at a nudist camp? Or is being naked a confronting idea for you?