You’re as safe with Uber as you are in a taxi. Here’s why 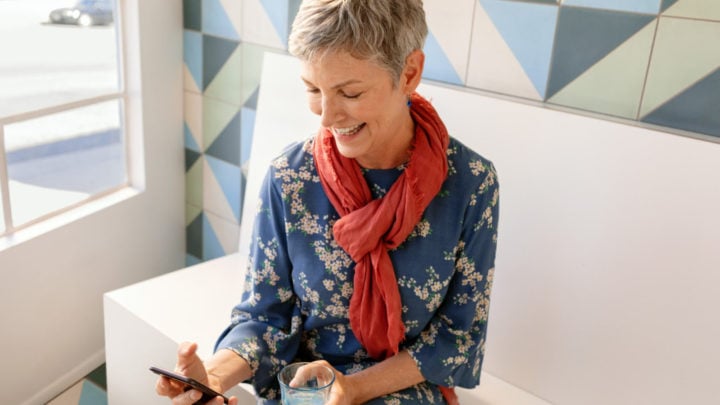 Being able to book a ride without leaving your seat in a restaurant — and know exactly who's picking you up, when and where — is one of Uber's smart safety features.

Attitudes toward getting a ride with strangers sure have come full circle in the past 50 years or so.

Between the 1950s and ‘70s, hitchhiking was the transport option of choice for plenty of teenagers and payment for the lift you’d thumbed came in the form of having to endure what might be a tedious conversation with the driver!

In the ‘80s, ‘90s and Noughties we used taxis, and the addition of a uniformed driver and a liveried car meant payment was in cold, hard cash – and often quite a lot of it, which meant most of us used cabs pretty sparingly.

For the past decade, we’ve had a hybrid of the two, called ride-sharing, which has made getting from place to place far cheaper than cabs ever did and far more convenient than the uncertainty of hitching a lift. Ride-sharing basically means getting a ride from a stranger in their personal vehicle, but with a guarantee you’ll actually reach your destination promptly, in return for a digital payment made via an app on your smartphone.

Not everyone’s been quick to adopt ride-sharing, though. It’s taken time for ride-sharing companies to optimise their rider safety features, so a few scary stories about rogue drivers made some people wary of jumping on this new transport wagon.

Nowadays, though, ride-sharing is considered as safe as or safer than using a taxi or public transport – so much so that in August 2019, using Uber, the world’s biggest and best-known ride-sharing company, was more common in Australia than using a taxi. An amazing 4.7 million Aussies got a ride with Uber last year.

Aside from the obvious drawcards Uber offers – these include an easy-to-use system that allows you to order a ride at any time with little to no wait for pick up, comfortable, new vehicles and the convenience and security of digital payment – Uber has grown in leaps and bounds since it launched in Australia in 2012 because of its commitment to safety.

Chief among Uber’s safety mechanisms is the app itself. When you ride with Uber, everything about your service is logged and tracked through the Uber app. (You can read more about how to get and use the app here.)

In short, you know your driver’s name (and their appearance, because their picture shows up in the app), the car’s make, model and registration number, where your driver is approaching your pick-up point from, the mapped route your driver is taking to your destination and your estimated arrival time.

You can share all of this information with any family member or friend with a smartphone, so they know exactly where you are and who you’re with at all times through the in-app Share My Trip feature.

Think about how different this is to the traditional taxi experience. Even if the cab company you use has an app and the app works (that’s not guaranteed – just check out the reviews on Apple’s App Store or on Google’s Play for some of the better-known taxi apps!), your driver isn’t identified, nor is their vehicle, route or arrival time.

This means that if you feel unsafe while on your journey or even if you simply leave an item in the car when you reach your destination, you have to try to remember the taxi’s identification number in order to contact the taxi company.

Uber has other safety features too. You can contact a 24/7 Customer Support directly through the Uber app even when you’re mid-ride, and your Uber account retains the details of every ride you’ve ever taken, so there’s no need to commit anything to memory. You’re even able to contact your driver by call or message both before and after your ride – though another safety feature is that they’ll never see your mobile number and vice versa, since all contact is routed through the app.

Meanwhile, anyone who’s ever tried to hail a cab when it’s raining or late at night knows that success is far from guaranteed. You can’t even be certain that a pre-booked taxi will actually turn up because your booking is never made with a specific driver and vehicle. This opens you up to the risk of being stranded in the dark or a deserted area.

This is never a worry with Uber, though, because you can order a ride with your smartphone from any location – no waiting on a dodgy street, desperately trying to wave down a ride. Uber has plenty of drivers available at all times and in the unlikely event your driver cancels your booking, Uber commits to finding you a new ride straight away.

Even with all of these security precautions in place, it’s always wise to take responsibility for your own safety as best you can. That’s why Uber offers these additional tips for ensuring a safe ride-share.

Check your ride every time

Make sure you’re getting into the right vehicle. Match the licence plate number, car make and model and check the driver’s photo with the information you can see on the Uber app before hopping in. This works both ways, as the driver will usually ask for confirmation of your name too before driving.

Try to find somewhere safe for your driver to pull in when booking your Uber for a street pick-up, by looking for a well-lit area away from traffic hazards. Likewise, your driver will endeavour to get as close as possible to your drop-off destination and will only pull over in legal stopping zones.

Before you get in or out of the vehicle, check to make sure there are no oncoming cars, cyclists, pedestrians or scooters in your path.

Be a back-seat driver

Most people prefer to ride in the back sea of an Uber to have a little extra space, but it also means you can enter or exit on either side of the car, depending on where your driver pulls over at your destination.

As we explained above, one of the in-built safety features of the Uber app is the ability to share your journey with friends or family.

Letting someone else know the details of your trip – where you’re travelling to, the driver’s name and rego number and when you’re expected to arrive to your destination – isn’t just great for peace of mind, but for coordinating group meet-ups efficiently.

Customer safety is paramount for Uber, which is why users have access to 24/7 customer support and emergency assistance via its app, as well as its share-your-journey feature, GPS tracking and phone number anonymisation.

But if you don’t feel safe or have a bad experience with a driver, Uber encourages users to report such incidents with it immediately.

Have you used Uber before? When did you first try it out?