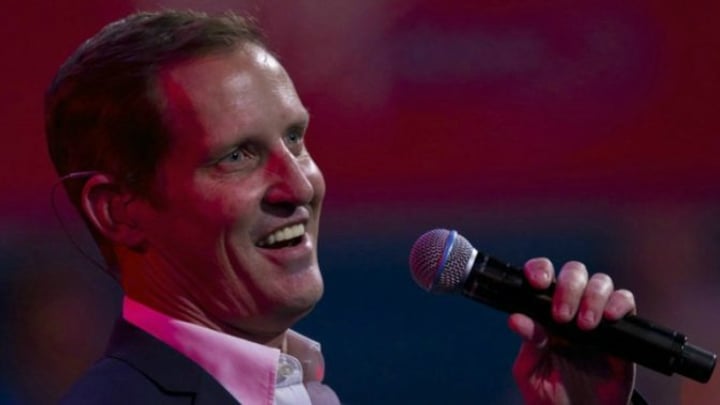 Todd McKenney reveals his ex is now married to his sister.

Todd McKenney’s sister Lisa Gallaher has labelled her brother a “selfish lying idiot” after he revealed she had married his ex boyfriend, despite them dating for five years.

On Tuesday night, Lisa posted on her Facebook feed: “Oh I’m okay, my brother is being a douch [sic] bag. We all have to just duck the fall out now. Selfish lying idiot.”

Todd told the Word For Word podcast on Tuesday that he dated Simon Gallaher for five years before the pair eventually broke up and lost contact. However, years later he discovered through friends that Gallaher had struck up a relationship with his sister, Lisa.

Now, Simon and Lisa, who married in 1990, have three children together and the Dancing With The Stars judge said he stayed mum on the odd family dynamic for the sake of their kids.

“For the sake of them I haven’t said it, but they’re grown up now and I get on with them and they know the stories now,” he explained.

However the very public revelations have come as shock to the Gallaher family, and according to the Sydney Morning Herald, Simon posted on Facebook: “I have only one thing to say. Todd McKenney is a Headline W***e. Shame on him. His sister on the other hand is the love of my life and wife of over 31 years. I love her to the end of the world.”

He later added: “NEWS OF THE DAY: I have just formed a special lobby group called BRING BACK CRAIG McLACHLAN!”

While his sister enjoys married life, the performer last year shared how he has given up on looking for love, instead focusing on his showbiz life and beloved greyhounds.

Although happy to pursue a relationship should it arise, McKenney told Starts at 60 he is done searching for that special person.

“I don’t know whether I work as much as I do because I am single or I am single because I work so much. All I do is work, I love what I do,” he said.

What do you think of Todd McKenney’s situation? Have you ever had an ex go on to date a family member?