‘My retired partner is making me depressed with his OCD routines’ 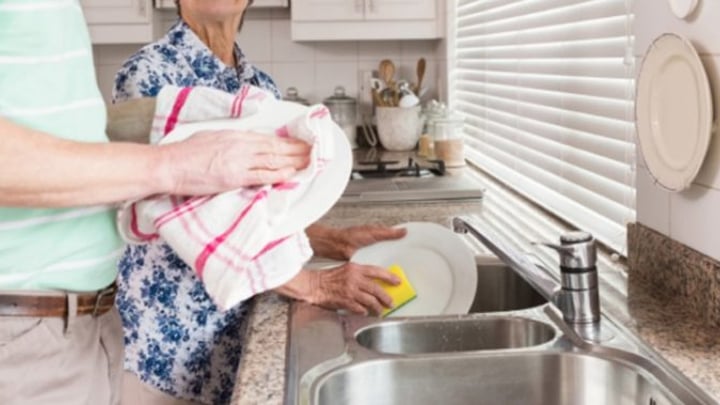 Some couples embrace small routines whereas others desperately try to avoid them.

Embracing a daily routine can be a comfort for many people following retirement, but one woman claims her long-term partner’s need for order has become obsessive – and it’s making her anxious and depressed in her own life.

Writing on grandparenting forum Gransnet, the worried woman explained they have been living together for 16 years happily, along with her adult son.

However, she claimed recently his “routine” has begun showing signs of obsessive compulsive disorder (OCD) as she’s noticed he sticks to a set order of chores every day, to the hour.

“He gets up early so that he can get in shower before son goes out to work [at] 7am because he doesn’t want to get in after him,” she wrote. “Everything is done at the same time say within 10 minutes… I could literally write it in order.”

Proving her point, she did just that, revealing his day begins with a 7am shower before putting the first (of two) washes on two hours later.

Then she said it’s time for a shopping trip for daily essentials like fruit, veg and bread at 10am before having lunch at 11.45am-noon.

Between 1pm-4.45pm is left open to an activity, before the oven gets turned on every day at exactly the same time. Finally, after washing the dishes, he’ll have another shower at 6.30pm and put a second wash on before enjoying a walk round the block at 7pm.

She concluded: “Before bed, he’ll go check outside on the front at cars (god knows why they’re not new),” before bed six out of seven nights at 11.15pm.

“This has got worse since he’s been retired, he has to be doing something, hardly ever stays around the house unless he wants to wash the cars or cut the hedges,” she explained.

“He will help more now, ie polish, hoover, but only hoover downstairs mainly. Uses the shower twice daily but never thinks to clean the glass with cleaner. Selected jobs.

“Yet today, he’s out on his precious motorbike, it takes him 30 mins to put his gear on everything has to be just so. Comes back, then spends an hour cleaning it, gleaming.”

She finished by saying: “I suffer with anxiety/depression and I’m sure he’s added to this enormously recently. I’m starting to try and get out more on my own (anxiety stops me) to get a break from his routine.”

The woman’s post got a mixed response from other grandparents, as some said they had seen similar traits in their own partners – while others urged her to understand the routine is likely a comfort to him.

“Yes he does sound monotonous but if that makes him happy, that’s his routine, but what is yours, go out, sit in the park reading a book, join WI, visit/make friends – you are free, well until 4.45,” one wrote.

Another added: “Oh dear, that would drive me mad. My husband has become a bit more routine bound in recent years but nothing like you describe.”

This user admitted however that a late friend of hers had a very similar husband, explaining: “He even scheduled his drinks for precise times throughout the day and any hot drink had to be accompanied by 2 McVities digestives. A glass of water at 9pm every night is something else I remember.

“I’m not sure how to give you any comfort except perhaps to ask whether you could perhaps prevent yourself from seeing so much of his routine by making yourself scarce doing something you might enjoy?”

Meanwhile another user sympathised, writing: “Sounds similar to my [dear husband] who has his routines, but then so do I.

“It does get boring, but at least I get out and about, do voluntary work, sing in a choir, meet other people, which means I have things to talk about and my own interests. Makes all the difference, in my opinion.”

What do you think? Would this much routine annoy you? Or do you find comfort in it?